How science took over the town at the tip of California

The 2020 ASBMB annual meeting will be held April 4 - 7 in San Diego - the city's history as a research hub makes it a great place for scientists to gather. 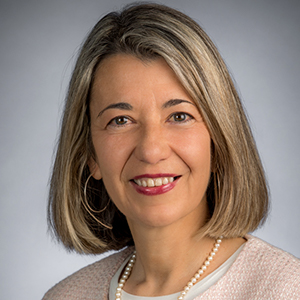 Aerial view of the pier at Scripps Institute of Oceanography.

For scientists, particularly in biomedical fields, San Diego can be a different kind of dream destination as a conference site or a place to complete postdoctoral training or find a biotech job. In Genetic Engineering and Biotechnology News’ 2018 list of the top biopharma clusters, San Diego ranked second in California (behind the San Francisco Bay Area) and fifth in the nation. The ranking was based on factors such as National Institutes of Health and venture capital funding, lab space, and job opportunities.

Indeed, choices abound: From large public institutions such as the University of California, San Diego, and San Diego State University to renowned private institutions such as Scripps Research and the Sanford–Burnham–Prebys Medical Discovery Institute, from industrial behemoths such as Illumina to this year’s red-hot startups, plenty of opportunities exist for scientists looking for a new phase in their careers.

However, it is not always sunny in San Diego; many coastal transplants experience what’s known as the “May gray, June gloom” period of fogginess due to the heavy marine layer. And the city only became a beacon for science after a long and winding history. San Diego’s status in the scientific community has as much to do with wars and cunning politicians as with visionaries and generous philanthropists.

Much has been written about the many social paradoxes of Southern California, particularly San Diego, and it is not the goal of this article to discuss them. Instead, we will focus on some key moments that transformed the isolated village on a spectacular bay into a booming science and technology powerhouse. As home to the San Diego Zoo and many museums and events, Balboa Park is now a popular destination for residents and visitors.

Balboa Park and the rise of the military metropolis

As home to the San Diego Zoo and many museums and events, Balboa Park is now a popular destination for residents and visitors. It began as City Park, 1,400 acres set aside by San Diego civic leaders in 1868.

In the early 1900s, city officials were intensely courting the U.S. Navy to open a base in San Diego and bring with it federal dollars that could boost urban development. Capitalizing on excitement about the 1914 opening of the Panama Canal, those officials decided to showcase their city in what became the 1915 Panama-California Exposition. Most of the arts organizations along Balboa Park’s famous El Prado pedestrian walkway are housed in Spanish Renaissance-style buildings made especially for that occasion. The exposition contributed to San Diego’s success in becoming a military metropolis. Naval Base San Diego was founded in 1922, and with military funding came other industries, including aerospace and engineering, providing the first major reinvention of the city’s character.

San Diego is a Navy town. In and around the city are 14 major Navy and Marine Corps installations, and San Diego is home to 60% of the ships in the U.S. Navy fleet. More than 100,000 active-duty members of the military call the city home. San Diego can thank both its geography and the intense lobbying of local politicians and civic leaders over the last century for its outsized military presence.

We may not think the defense industry is related to the booming bioscience scene in San Diego, but federal investments in military installations, especially during World War II and the Cold War, supported tremendous growth in research and development. During World War II, the federal government increased its investments in basic research to support technology development. The Scripps Institution of Oceanography, or SIO, started as a marine biology research station at the turn of the 20th century. In 1938, Robert Gordon Sproul, president of the University of California system, created a UC Division of War Research that supported strong scientific and military collaborations. SIO scientists were instrumental in the R&D of naval warfare technologies, and after the war, Scripps became a powerhouse of scientific research, playing an important role in the establishment of UCSD.

A boat approaching the naval base in San Diego.

The Scripps name is ubiquitous in San Diego. The family, particularly the newspaperman E.W. Scripps and his half-sister Ellen Scripps, established and supported multiple scientific and civic institutions from the 1890s to 1930s, including the Marine Biology Institute (later the SIO), the Metabolic Clinic (now Scripps Research), the San Diego Zoo and the Scripps Memorial Hospital. Anyone enjoying a hike in the Torrey Pines State Park can also thank Ellen Scripps. Other philanthropists followed her example of donating to scientific endeavors, including Joan and Irwin Jacobs, Debra Turner and Conrad Prebys and Malin Burnham. Their names often appear in the names of institutions their generosity supports.

The city reinvented itself after World War II as a major center for advanced R&D. This development was largely tied to industries closely aligned with the military, such as aerospace and nuclear technologies, including major players General Dynamics Corp. and General Atomics, respectively.

The strength of the SIO’s research relationship with the Navy gave the institute leverage to press for the creation of a new general campus of the University of California in San Diego, something local leaders had been advocating for since the 1920s. Planning of the campus was not devoid of controversies, however. Industry leaders such as John Jay Hopkins of General Dynamics wanted a technical research institute, while city voters preferred a broad-based school that included undergraduates as well. In 1956, the regents approved a “graduate program in science and technology” that included undergraduate programs, a compromise accepted by all.

The new campus hired world-class experts, and by 1963, the 80 faculty (mostly scientists) included two Nobel laureates and 13 members of the National Academy of Sciences. Luminaries such as Harold Urey, David Bonner, Jim Arnold and Sol Penner were early UCSD recruits. Excellent collaborative research brought funding and expansion of the university, including the opening of its medical school in 1968.

While San Diego benefitted enormously from military R&D, city leaders sought to diversify the economy after the Cold War. The Scripps Metabolic Clinic originally was founded by Ellen Scripps in 1924 to diagnose, treat and research diabetes. Over time, the clinic became more focused on research, and in 1956 it was renamed the Scripps Clinic and Research Foundation. A number of high-profile researchers were hired in the 1950s, headed by Frank Dixon from the University of Pittsburgh. This development coincided with other advances in the biomedical sciences, including the founding of the Salk Institute and the opening of the UCSD School of Medicine.

All these institutions (and many more to come) settled in the Torrey Pines Mesa, part of pueblo lands that were acquired by the city after the Mexican War and more than a century later were sold cheaply to institutions and companies to attract investment in R&D. The city rezoned the area to attract light industry, and San Diego’s first biotech company, Hybritech, known for developing the prostate-specific antigen test for prostate cancer, also moved to the Mesa. After the sale of Hybritech in 1986, one of its founders, Howard Birndorf, helped found a string of biotech companies, including Neurocrine and Ligand, which are still in operation. Many other companies in San Diego can trace their origins to Hybritech alumni.

The third reinvention of San Diego started in the mid-1980s as developers and investors aimed to commercialize the products and services created by the R&D community. Along with established institutions such as General Atomics, Scripps Research, the SIO and UCSD, new players arrived, both research institutions and biotech companies. To help these organizations work together, a program called CONNECT was established in 1985. In addition to assisting startups, CONNECT is credited with developing San Diego’s business culture. A number of organizations now support various technology sectors, including BIOCOM for life sciences and San Diego Biotechnology Network, or SDBN, for biotech.

A sign at the University of California, San Diego Scripps Institution of Oceanography.

San Diego’s life sciences engine still hums along. New institutions have joined the existing ones, among them the San Diego Zoo Conservation Research Institute, the La Jolla Institute for Immunology, the Sanford Consortium for Regenerative Medicine, the J. Craig Venter Institute, and the UCSD Clinical and Translational Research Institute. Some biotech companies have expanded, others have been bought, some have disappeared and new ones keep springing up.

When attending the 2020 American Society for Biochemistry and Molecular Biology annual meeting, you can look out from the convention center and see many signs of the city’s military past and present. If you have a chance, visit the area of the SIO and the Birch Aquarium; from there you can see both the magnificent beaches of the city and UCSD. Beyond lies the Torrey Pines Mesa, the “Hispanic dowry” of 48,000 pueblo acres that helped San Diego to become a R&D success story. This convoluted and fascinating history befits what was dubbed in 1972 by then-Mayor Pete Wilson “America’s finest city.”

For those of you bound for a summertime holiday weekend, we dug into recent research on the yummy foods you might serve at a socially distant picnic.

How lipid droplets stay in shape

Andrew Greenberg and colleagues discovered that the protein perilipin is involved in storage and hydrolysis of neutral lipids within these key structures in cells.

Bats cope with myriad viruses, including the one causing Covid-19, with few ill effects. Scientists are probing their immune systems to fathom how they do it. The answers might help infected people, too. 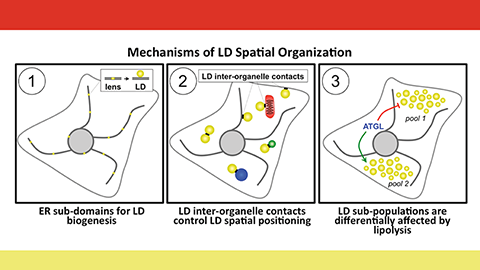 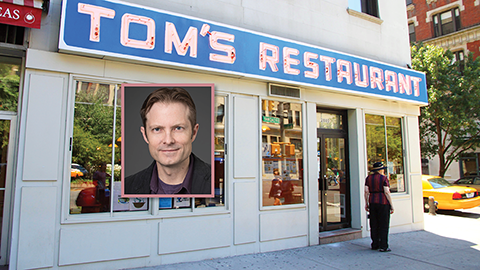 Bill Sullivan was a biology graduate student when “Seinfeld” first hit the air. Thirty years on — and informed by the latest relevant science — he still ponders whether its inane scenarios were plausible. 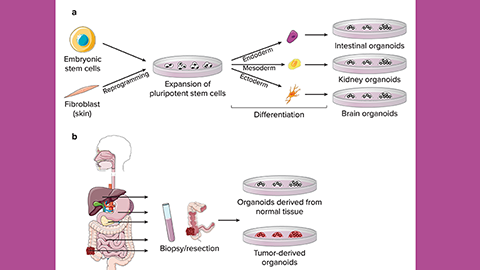 Mini-organs push along COVID-19 and other virus research

While studies in mice and people can be slow, researchers are making fast progress testing medications in miniature airways and guts made of human cells.