First tooth controls where and when the rest come in 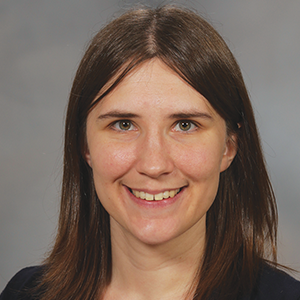 Whether it’s a baby human, baby zebrafish or anything else with teeth, those first pearly whites form in an orderly fashion. They start with a single tooth, followed by its immediate neighbors, then their neighbors, creating neat streets of teeth. This timing of teeth wasn’t lost on A. Gordon Edmund, a paleontologist at the Royal Ontario Museum, who in 1960 proposed an idea as to why: that the first tooth controls the process by sending a message along the jaw that stimulates the formation of the other teeth.

Fifty-nine years later, a team of scientists demonstrated how this early tooth guides the rest of the dental formation process. Published in the Proceedings of the Royal Society B on June 12, the paper’s lead author is Yann Gibert, associate professor of cell and molecular biology at the University of Mississippi Medical Center.

“In just about every species, development of the dental row starts with a single tooth or pair of teeth, and that tooth initiates a wave of new teeth proximally and distally,” said Gibert, who joined UMMC and the Cancer Institute and Research Center in 2018.

In his research, Gibert uses zebrafish primarily to study new therapeutics for cancer and metabolic diseases such as diabetes and obesity. He also has a longstanding collaboration with colleagues at the University of Lyon in France and Bowdoin College in Maine studying tooth formation in these tiny fish.

“It’s more difficult to study development in mammals because they take so much longer to develop,” Gibert said. “However, zebrafish grow from an embryo to free-feeding larva in five days.”

Zebrafish embryos start to grow their first tooth, called 4V1 for its place along a row that sits in the eventual fish’s throat, about 48 hours post-fertilization. Its neighbors, 3V1 and 5V1, begin to form in the following hours. To determine if 4V1 is responsible for the creation of the other teeth, Gibert and his collaborators designed a series of experiments that altered that first tooth’s timing, location and biochemistry.

First, they used a chemical to block 4V1 from forming and observed that 3V1 and 5V1 didn’t form either. However, even after the tooth’s normal developmental window passed, they were able to induce the growth of a 4V1 –like tooth, which was followed by 3V1 and 5V1, all in their regular locations. In another experiment, they used retinoic acid, a chemical signal used in growth and development, to make a 4V1 tooth form in an area of the throat where it doesn’t usually grow. The neighbors soon followed.

In terms of the actual signal that the initiator tooth used, Gibert and team showed that 4V1 produces a fibroblast growth factor, or FGF, another chemical signal used for growth and wound repair, during the time that 3V1 and 5V1 form. By blocking the embryo’s ability to make FGF after 4V1 had formed, they were able to stop the subsequent teeth from developing.

Lacking the molecular tools available today, “Edmund based his idea of a signal coming from the tooth on anatomy and histology alone,” Gibert said. “We expected to show that this first tooth was both necessary and sufficient for the other teeth to form but didn’t think we would fully show that FGF is the likely transmitter.”

“The fundamental question behind this research is ‘How do teeth get organized into rows’”? said study co-author William Jackman, an associate professor of biology at Bowdoin College who studies organ formation in animals. “There’s this developmental clockwork that is instructing the cells to make teeth in a particular place, and we’re trying to understand the mechanism behind that.”

Jackman said that even though animal teeth display a great diversity in their number, size and ability to regenerate, teeth and their row patterning have been present in animals for hundreds of millions of years.

“If a system works, evolution will keep it around,” Gibert said. The same is true for other aspects of anatomy, physiology and biochemistry. “If you look at a zebrafish pancreas, you will see the same molecular and cellular mechanisms as a mammal pancreas.”

This tendency of distantly related species to share traits makes model organisms useful in biomedical research, whether it be studies aimed at treating cancer or tooth loss.

“Tooth development in fishes and reptiles is very efficient. Think of sharks, who can replace teeth continually throughout their lives,” Gibert said. But over the course of evolutionary time, “humans and most other mammals lost the ability to regenerate teeth.”

According to the Centers for Disease Control and Prevention, only half of adults aged 20 to 64 have a full set of non-wisdom, permanent teeth. Dental implants are made of ceramics and metal, and they break. Scientists at other universities are already looking for ways to regrow teeth, using techniques including gum line-derived cells and lasers.

“What do we need to have in terms of genetic instruction in order to create new human teeth?” Gibert said. He laid out a scenario where scientists could run experiments using dental pulp-derived stem cells to test in vitro models of tooth regeneration, testing molecular switches that are analogous to the genes that allow teeth to form in our finned friends.

“If someone could figure out a way to regenerate teeth in humans, they would be a billionaire,” Gibert said. “This is just step one.”

After all, he said, “It took 59 years to confirm Edmund’s idea. That’s how science works.”

This article was originally published on The University of Mississippi Medical Center website.

Karen Bascom is a health science research editor–writer in the Office of Institutional Advancement, University of Mississippi Medical Center.