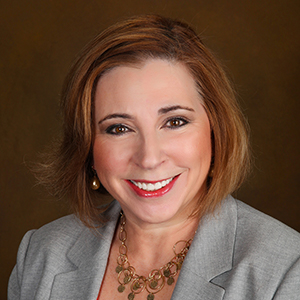 A year ago, I wrote “DREAM girl” about Lucero, a college student who is not an American citizen but who has spent much of her life in the U.S.

Lucero is one of the many young people who would have benefited from the bipartisan Development, Relief and Education of Alien Minors, or DREAM, Act that was introduced in 2001 but never passed by Congress. President Barack Obama established the Deferred Action for Childhood Arrivals, or DACA, immigration policy in June 2012 as a partial substitute for the DREAM Act and an effort to protect these young people in the face of Congress’ inaction. 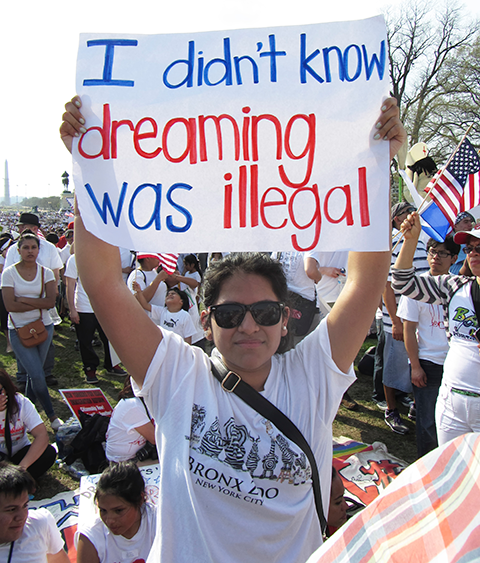 A protester holds a sign supporting the DREAM Act in April 2013 at the U.S. Capitol building in Washington, D.C.

Lucero is one of the 800,000 young adults approved for DACA. When the Trump administration announced its plans to rescind DACA, I immediately thought of my DREAM girl.

Lucero was brought into this country from Chihuahua, Mexico, when she was nine years old. She has a sister with a severe neurological condition; their mother, who is the caretaker, and their father, who suffered a work-related injury, contribute very little to the household finances. Lucero knows that her family’s future and well-being depend on her. This is a heavy burden to place on such young shoulders.

Lucero worked for a summer in my lab. She was a gifted undergraduate with a passion for science. She wanted to go to graduate school and focus on a research career so she could spend her life asking those questions that her natural curiosity always had sparked in her. However, because she was not a citizen, I couldn’t pay Lucero from federally funded grants. The DREAM Act would have allowed her to apply for student loans and work-study and, once she gained permanent residency, federal funds.

Successful DACA applicants can get work authorization and Social Security numbers, but they don’t qualify for federal student loans, and they can’t be appointed to National Institutes of Health-funded training grants or pipeline programs, regardless of merit. This issue makes it hard for program directors like me to fund talented students like Lucero.

Attorney General Jefferson Beauregard Sessions announced the decision on DACA on Sept. 5, stating, “the program known as DACA that was effectuated under the Obama administration is being rescinded.” Sessions cited legal and constitutional issues with the benefits conferred on the “800,000 mostly-adult illegal aliens who would be impacted.”

Hearing this, I felt my stomach tie up in knots; I had hoped the better angels of our nature would prevail. I couldn’t help thinking that, through all this noise, the signal was getting lost. I had hoped that whoever would be in power would appreciate the contribution of the children of undocumented immigrants and care about their plight.

Sessions said of DACA, “The effect of this unilateral executive amnesty … also denied jobs to hundreds of thousands of Americans by allowing those same jobs to go to illegal aliens.” Not only is this a factually inaccurate statement, I also feel a visceral negative reaction when immigrants to this country, especially the Dreamers, are referred to as “illegal aliens.” I reject this effort to dehumanize them.

During my childhood, my identity as both an American and a Puerto Rican was never a problem for me. In 1982, I moved from Puerto Rico to Alabama to pursue my graduate degree. The students in my graduate program attended medical school classes with medical students. My classmates immediately categorized me as “the other” and not worthy of being in this land, with the expectation that I wasn’t smart enough and that I would fail. This was a wake-up call that opened my eyes to biases and prejudices. I don’t always relate to the typical narrative of first-generation Latina students, because in Puerto Rico I was not a minority; I had a positive and privileged academic upbringing where I was expected to excel. The ferocity and meanness of the comments when I moved to the mainland surprised me; for the first time, I felt I didn’t belong.

I am ashamed because I have been complacent. Although I have tried to be an agent for change, I feel I should be doing more. Our nation is a nation of immigrants: Mexican, Irish, Italian, Chinese, Japanese, German, Somali and, yes, Puerto Rican. How can we forget this history?

For my DREAM girl Lucero, who finally was seeing a light at the end of the tunnel, this is devastating news. “DACA allowed me to get a driver’s license, Social Security number and work authorization permit,” she said. “I was able to drive myself without fearing for my safety. I was able to receive in-state tuition, institutional aid and public/private scholarships. Most importantly, I was able to pursue the American dream that my parents brought me here to achieve. I am now afraid that the country I consider my home will not allow me to better myself and contribute to my community.”

Lucero, who switched from studying science to become a business major because of her uncertain future, has a job offer after her graduation in December, but she now has no assurance that she will be allowed to accept the job.

The statement that DACA recipients are taking jobs from “thousands of Americans” is a falsehood. According to Mark Zandi, chief economist at Moody’s Analytics, there is no evidence that they are taking jobs away from American citizens. “Repealing DACA is particularly wrongheaded as economic policy,” Zandi said.

In a January report, the libertarian Cato Institute predicted that the DACA population eventually would look a lot like people who receive the H-1B visas issued to workers in specialty occupations. Most DACA recipients are still students, and 17 percent are pursuing an advanced degree, the report stated, while most H-1B recipients are between 25 and 34 and hold either a bachelor’s or a master’s degree. “In short, they appear to be a close reflection of what DACA recipients will look like a few years from now as they complete their educations.”

I am not going to belabor the statistics or the fact that the U.S. economy will take a hit if DACA recipients lose their rights. Even if they lose their status, do we have the resources to deport them? If this is the case, what will they do? Go into hiding? Go into the shadows to avoid deportation? After all the effort they have expended and the resources we have used, is this a logical endpoint?

For students in graduate programs or starting a postdoctoral search for faculty positions, the uncertainty is paralyzing. As scientists, we predict outcomes based on scientific premises. Before DACA’s elimination, shouldn’t we use the same metrics to determine whether this program has achieved its objectives?

My heart is broken again by policies that depict immigrants as “illegals” and rapists. How do we call ourselves Christians when we forget that, as the Jesuits of Mexico wrote in an open letter about the rescission of DACA, “our ancestors in faith were once strangers in a foreign land”? How can we tell these productive and beautiful immigrants who are in the process of becoming doctors, nurses, scientists, soldiers and first responders that we don’t want them anymore? How do we look them in their faces and say, “Thank you for your service, but go away now”?

In Obama’s words: “What makes us American is not a question of what we look like, or where our names come from, or the way we pray. What makes us American is our fidelity to a set of ideals — that all of us are created equal; that all of us deserve the chance to make of our lives what we will; that all of us share an obligation to stand up, speak out, and secure our most cherished values for the next generation. That’s how America has traveled this far. That’s how, if we keep at it, we will ultimately reach that more perfect union.”

Although my follow-up column is not as uplifting as I thought it would be, I take solace in the fact that Lucero, in spite of all the uncertainty, still has faith in our country when she says, “What is next for our youth? We cannot give up, and we cannot let our community give up. We have to stay strong and continue doing the right thing.”

Editor’s note: As we prepare this issue of ASBMB Today for publication, President Donald Trump and congressional leaders continue to negotiate the future of DACA.

Sonia C. Flores is a professor of medicine at the University of Colorado School of Medicine.