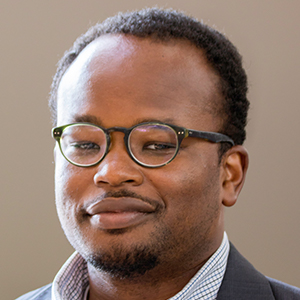 This week, President Donald Trump released his first memorandum of research and development priorities that will be used by federal funding agencies to draft budget requests for the next fiscal year. Trump’s priorities include R&D that increases American military superiority, security, prosperity, energy dominance and health. Trump encouraged agencies to reallocate existing commitments to accommodate his priorities without spending more money.

This memo suggests that while the federal government should invest in early stage basic and applied research, the private sector should support later-stage research. The memo further instructs agencies to develop quantitative metrics to evaluate federal R&D and STEM (science, technology, engineering and math) education programs across the government for their effectiveness and potential overlap.

Much of the language in the memo frames the federal government as a test bed for new technologies with the potential for development and deployment in industry; however, many of the priorities that the administration highlighted contradict the administration’s budget proposal for fiscal 2018 released earlier this year. For example, American energy dominance and health would be crippled by the administration’s proposed cuts to the budgets of the Department of Energy and the National Institutes of Health.

The administration’s heavy lean on industry is not unexpected. Trump’s campaign emphasized the economy and jobs. What is odd is that the administration has on one hand set priorities and on the other proposed defunding the agencies that would execute those priorities.

Many of the R&D priorities in Trump’s memo mirror President Barack Obama’s first memorandum on science and technology priorities. Trump’s memo, however, excludes language in support of research on climate change and any emphasis on agency investments in science to inform policy decisions. It also goes further to ensure that budget requests remain budget neutral, directing agencies against requesting additional funds to meet new and existing R&D investment demands.

Many may have expected the memo to have included specific initiatives like the BRAIN initiative implemented by President Obama. The current administration, however, has not had enough time to assess the breadth of research being conducting across the U.S. For example, The Obama administration did not begin highlighting specific research areas until its second S&T priorities memorandum. Actual research topics and areas that will be identified by the Trump administration are likely still being developed.

André Porter was a member of the ASBMB policy team. Today he is a policy director for the American Association for the Advancement of Science.