The creation of the Advanced Research Projects Agency for Health has put funding for the National Institutes of Health, and therefore the fundamental research it sustains, in jeopardy.

The president’s fiscal year 2023 budget proposal, released in late March, requests a sizeable increase in NIH funding — almost all of which is intended for ARPA-H. That would leave just a $275 million boost to the NIH’s base budget, which is what funds basic research by the extramural research community.

Such a nominal increase will not keep up with inflation or the rising costs of conducting research, so, if Biden’s request for fiscal 2023 comes to pass, we can expect the American research enterprise’s output to decline and the careers of scientists and training of the next generation of researchers to stall.

How we got here

Biden proposed the new agency in early 2021. He said it would support transformative high-risk, high-reward research and “drive biomedical and health breakthroughs that would provide transformative solutions for all patients.”

U.S. Rep. Anna Eshoo, D-Calif., introduced H.R. 5585 in the summer of 2021 to establish ARPA-H outside and completely independent from the NIH. However, in early March of this year, the U.S. Senate Health, Education, Labor and Pensions Committee sought to create ARPA-H within the NIH using pandemic preparedness legislation. Neither of those bills progressed. (On May 18, the House Energy and Commerce Committee voted 53–3 to pass H.R. 5585 out of the committee, allowing the bill to proceed to the House for consideration, but it’s likely the bill will lag on the House floor.)

Congress passed and Biden signed into law on March 15 the 2022 spending bill establishing ARPA-H and allocating $1 billion for it. That bill gave the U.S. Department of Health and Human Services the power to decide whether the new agency would be independent or part of the NIH.

In late March, HHS Secretary Xavier Becerra decided to place ARPA-H within the NIH but require the director of ARPA-H to report directly to the HHS secretary instead of to the NIH director.

The benefits of basic research

Basic scientific research, also known as bench, preclinical or fundamental research, is curiosity-driven investigation, often motivated by a gap in knowledge. By contrast, applied research is centered on filling a need established at the onset of a project.

Basic research expands the knowledge base needed for breakthrough scientific progress. Without basic scientific research, there would be no science to apply, thereby forgoing any innovative breakthroughs, treatments or therapies.

The catch is that the federal government must fund basic scientific research. The private sector has little to no incentive to invest in it because the direct returns are often smaller than the returns to the economy as a whole. This is why federal support for basic research projects is crucial; the lack of direct commercial applications from basic research projects and the uncertainty of project success deters business from funding this type of research — even though it’s absolutely necessary for the rest of the innovation pipeline to thrive. 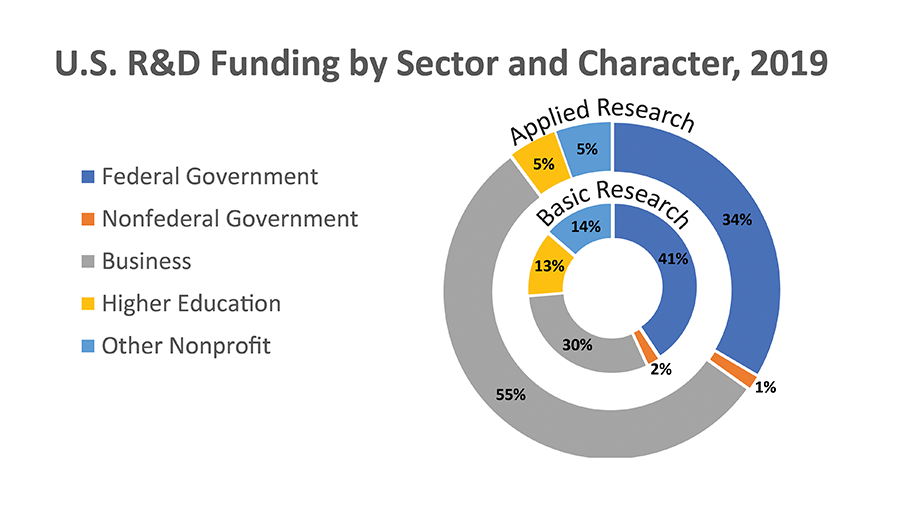 Basic research and the innovation pipeline

Only about 17% of all research and development conducted in the U.S. is for basic research; the rest is for applied research and experimental development. And almost half of all funding for basic scientific research is provided by the federal government. To highlight the importance of federally funded basic research, science policy experts and scientists have attempted to quantify the concrete return.Danielle Li, an associate professor at the Massachusetts Institute of Technology Sloan School of Management traced funding from NIH grants to associated publications, patents and products. She found that $10 million in NIH funding generates about $3.5 to $28 million in value of drug sales. In addition, on average, about one-third of NIH grants result in research that is cited by a private sector patent. These estimates and others of financial returns associated with NIH funding demonstrate the incredible value that federally funded basic scientific research (among others) has on the larger innovation ecosystem.

The major conclusion that Li drew was that “fewer drugs would be developed in the absence of NIH funding.” And, it’s worth noting, Li’s study primarily focused on the health benefits; her study did not take into account the training NIH funds for the next generation of scientists or other spillover effects that ripple throughout the country.

Considering that over half of the NIH’s research funding supports basic research and the crucial role this funding has in fostering innovation, it’s disheartening when leaders fixate on translational research at the expense of basic research.

While translational research at ARPA-H very well may yield direct outcomes that will help patients battling devastating diseases, such as cancer or Alzheimer’s, we can’t put the cart before the horse. Translational research can’t happen without sustained, reliable investments in basic scientific research.

We’ve written about our concerns regarding ARPA-H multiple times (here in our comment letter, here in an article about Biden’s proposed budget for fiscal year 2023 and here in our endorsement statement for H.R. 5585 that would ensure ARPA-H's autonomy). And unfortunately, Biden’s proposed budget for fiscal year 2023 has only realized some of our concerns.

We’re urging policymakers to separate the budget of NIH from the budget of ARPA-H and ensure the NIH’s budget increases more than 0.6%.

We’ve joined numerous other groups — such as the Coalition for Health Funding, Ad Hoc Group for Medical Research, the Leaders Engaged on Alzheimer’s Disease Coalition and Research!America — advocating for sustained investments in the NIH’s budget separate from funding for ARPA-H and for any funding for ARPA-H to supplement, rather than supplant, investments to the NIH.

As long as funding for ARPA-H is clearly separated from funding for NIH’s core functions, the agency could invigorate the innovation pipeline and lead to incredible discoveries.

The administration has appropriately modified the mission of ARPA-H in a few ways:

It bears repeating: There will be no medical breakthroughs or revolutionary discoveries without sustained investments in basic scientific research. We urge policymakers to prioritize, not plunder, funding for the NIH, which is laying the foundation for what's to come at ARPA-H. 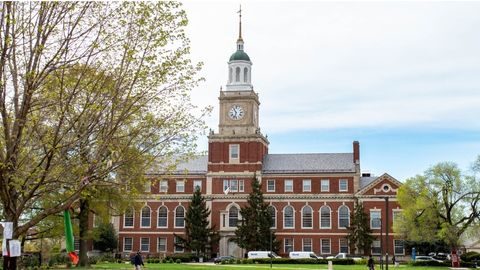 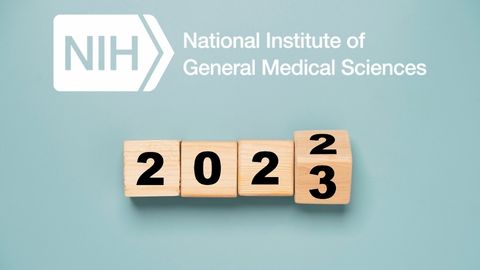 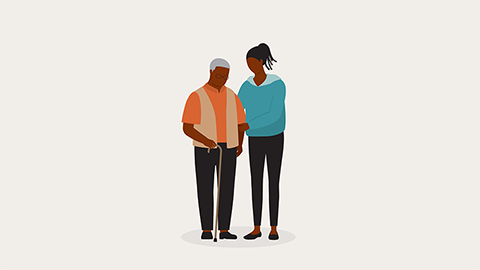