President Joe Biden’s 2023 budget request last month proposed significant funding increases for the agencies that support scientific research and development, but even if Congress appropriated every last dime that the president requested it still wouldn’t be enough to meet the pressing needs of the nation.

The appropriations process spans several months. First, the Office of Management and Budget gives guidance to federal agencies about funding levels and priorities and then makes final decisions about the agencies’ proposed budgets. From there, the president creates the administration’s budget request and submits it to Congress. 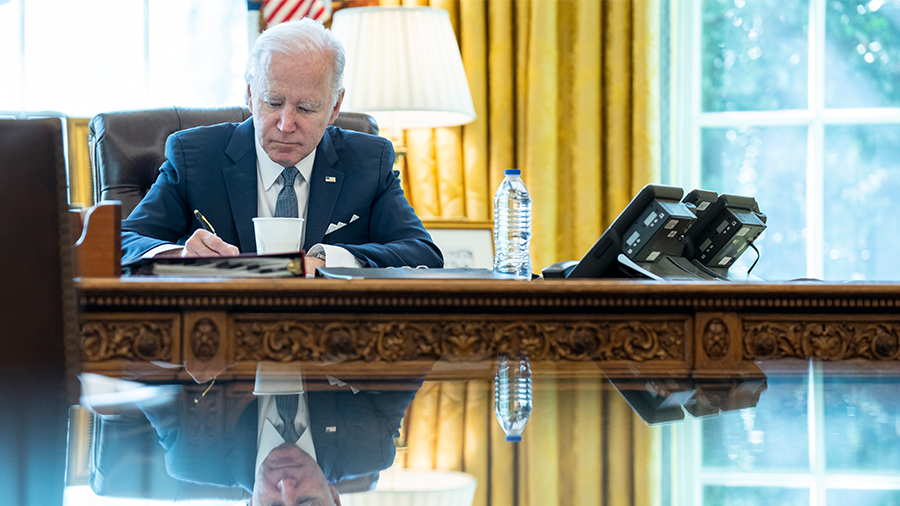 At its core, the NIH is focused on funding investigator-initiated research. Its 27 institutes and centers support more than 60,000 projects and 300,000 investigators on average each year.

Biden’s proposed 10% funding boost would continue the trend of increasing the budget of the NIH. In FY22, NIH was appropriated $45 billion, up from $43 billion in FY21, translating to roughly a 3% increase.

While a 10% increase for FY23 is better than the budget being stagnant, it’s important to keep in mind that consumer prices rose 7.5% between January 2021 and January 2022 and $5 billion of the $49 billion is specifically directed to the Advanced Research Projects Agency for Health, which would be focused on cutting-edge treatments and therapies for high-burden diseases. The budgets for most of NIH’s institutes and centers would remain flat.

A $300 million increase to the NIH’s base budget is not enough to meet the needs of the scientific community. After all, the spending power of a NIH R01 grant is not what it used to be: A $250,000 grant has only 55.5% of the value it had in 2001, according to the Biomedical Research and Development Price Index. (See chart.) 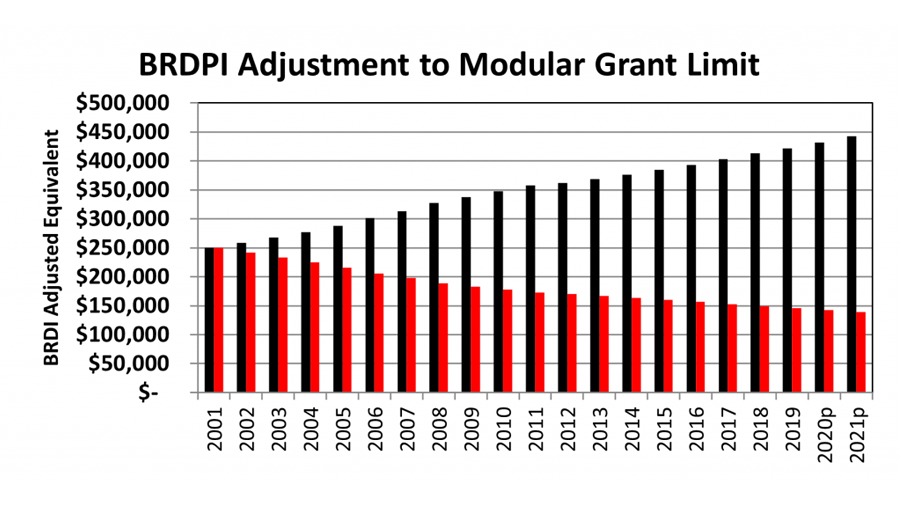 Scientists doing important research need more from federal funding agencies, especially considering their foundational work has directly led to the development of a vaccine for the SARS-CoV-2 virus.

In March, the NSF established a new Directorate for Technology, Innovation and Partnerships, which aims to fund research that could lead to breakthrough technologies and move discoveries more quickly into the marketplace.

NSF Director Sethuraman Panchanathan proposed an initial budget of $865 million, but Congress’ omnibus bill in March failed to fund the new directorate and increased the NSF’s budget by only 4%, bringing it to $8.8 billion. This limits the directorate’s ability to start new activities this fiscal year, which runs through September.

It’s vital that Congress robustly fund the NSF for FY23, and Biden’s budget proposal reflects that: The administration is proposing $10.5 billion for NSF, which would strengthen the agency’s leadership in emerging technologies.

The Biden administration proposed a 4.5% overall increase in funding for the DOE Office of Science, which would be spread across five major research programs. However, in the president’s budget request, the biological and environmental research program would receive the largest increase, a 10.9% increase to $904 million in FY23. If Congress can agree on this boost, it would be a significant win for the scientific community.

Many organizations are advocating for changes to the numbers presented in Biden’s budget — especially the budget proposed for the NIH.

On March 30, the Ad Hoc Group for Medical Research called for $49 billion for NIH’s base budget (instead of the $45 billion proposed by Biden), saying: “We are concerned that the bold proposal for the nascent Advanced Research Projects Agency for Health comes at the expense of NIH’s annual base budget, which ultimately would undermine the success of both entities ... (T)he coalition urges lawmakers to ensure no less than $49 billion for NIH’s base program level and that any additional funds for ARPA-H supplement, rather than supplant, this core investment in NIH.”

The National Coalition for Science Funding is asking for at least $11 billion for FY23: “We ask Congress to make bold investments in the NSF this year, setting the agency on a course to advance domestic innovation and to keep pace with investments other countries are making in research and development."