Three members of the American Society for Biochemistry and Molecular Biology — Angela Gronenborn, Carlos Bustamante and Peter H. von Hippel — have won annual awards from the Biophysical Society. They will be feted at the BPS annual meeting, scheduled to be held virtually in February. 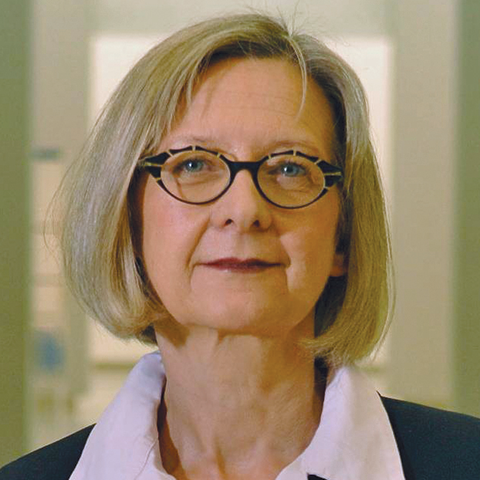 Angela Gronenborn, the UPMC Rosalind Franklin chair and distinguished professor of structural biology at the University of Pittsburgh School of Medicine, has won the Biophysical Society’s Founders Award for her work in nuclear magnetic resonance spectroscopy. Gronenborn, who won the ASBMB’s Mildred Cohn Award in 2019, investigates structure, dynamics and interactions of biological macromolecules.

In a press release, BPS President Catherine A. Royer of the Rensselaer Polytechnic Institute in New York, said, “The Founders Award allows us to call attention to outstanding achievements in biophysics that are now accepted and used by others, whether that acceptance was immediate or over a period of years. Angela was among a few scientists who recognized early on the power of NMR for analysis of biomolecular systems. She played an integral role in transforming NMR into the powerful method that it is today.” 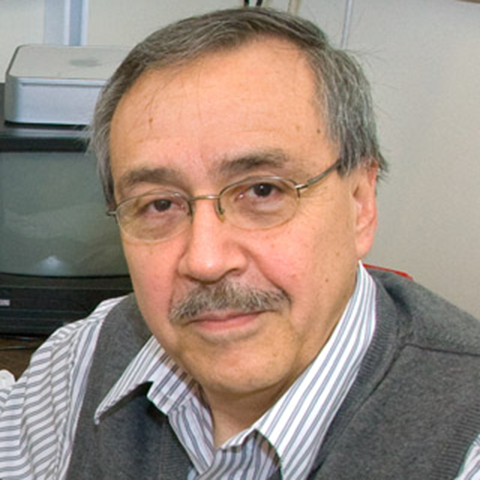 Carlos Bustamante, the Raymond and Beverly Sackler chair of biophysics at the University of California, Berkeley, won the Biophysical Society’s 2021 Kazuhiko Kinosita Award in Single-Molecule Biophysics “for his pioneering work in measuring and understanding orientations, rotations and dynamics of motor proteins by developing and using single-molecule imaging approaches,” according to a press release.

Bustamante, a Howard Hughes Medical Institute investigator, has been a professor at Berkeley since 1998 and is an honorary professor at the National University of San Marcos in Lima, Peru. The Kinosita award also recognizes his commitment to outreach and collaboration. (Read our 2013 cover story about Bustamante’s “twin labs” at Berkeley and Cayetano Heredia University, where he earned his undergraduate degree). 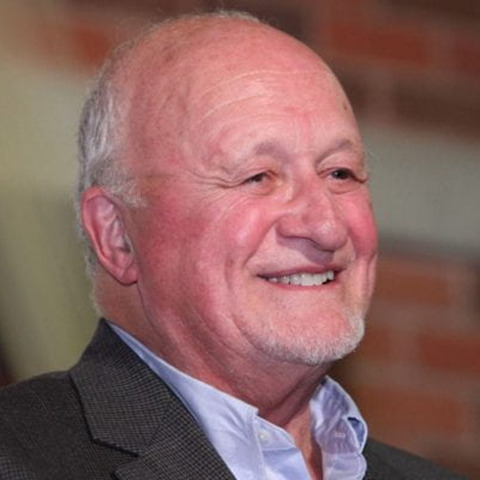 Peter H. von Hippel, an emeritus professor of chemistry and biochemistry and a member of the Institute of Molecular Biology at the University of Oregon, won the Biophysical Society’s 2021 Ignacio Tinoco Award for his studies of nucleic acids and their interactions. The award, established in 2018, honors the legacy of its namesake, Ignacio “Nacho” Tinoco Jr., who was a pioneer in RNA folding.

“Peter honors the example set forth by Nacho, and we are pleased to award him for his many years of highly innovative scientific contributions as well as his commitment to fostering inclusive and collaborative research teams,” said BPS President Catherine A. Royer of the Rensselaer Polytechnic Institute in a press release. 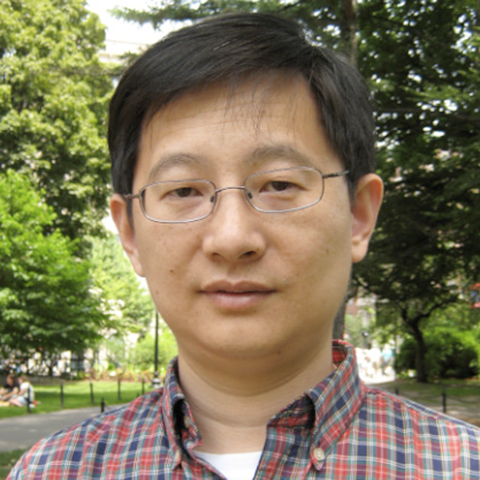 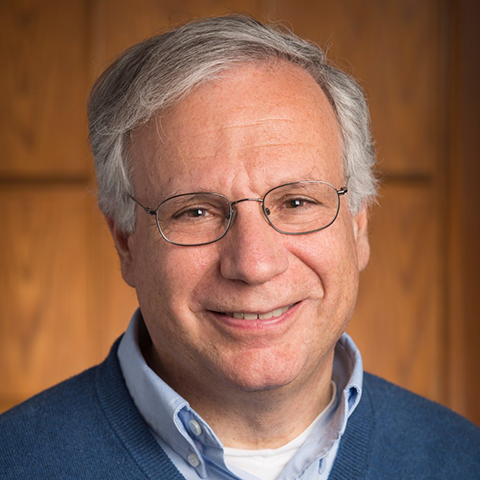 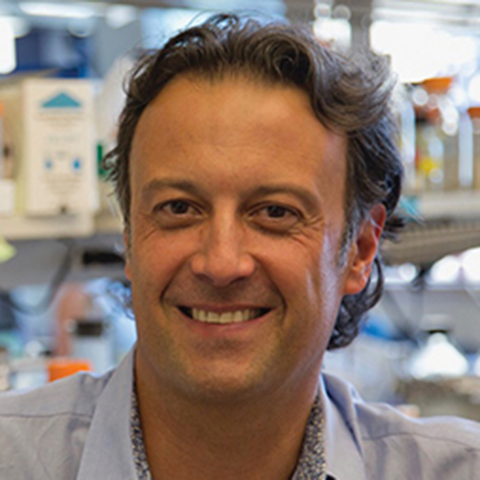 Wenyi Wei is a professor of pathology at Beth Israel Deaconess Medical Center and Harvard Medical School. His lab studies cell cycle regulation and ubiquitination pathways in tumor progression, focusing in particular on the Cullin-RING family of ubiquitin E3 ligases. In addition to investigating how these proteins can contribute to tumorigenesis, Wei has also begun to investigate the therapeutic potential of inducing protein degradation with PROTAC technology.

Daniel DiMaio is a professor of genetics, molecular biophysics and biochemistry, and therapeutic radiology at Yale University School of Medicine and a deputy director of the Yale Cancer Center. His lab studies the proteins that facilitate cell entry by cancer-causing papillomaviruses and polyomaviruses. They’ve also worked on engineering simple transmembrane proteins that can activate receptors or block viral entry into cells, which may offer therapeutic applications. DiMaio is a fellow of the American Academy of Microbiology and the American Association for the Advancement of Science.

Alex Toker is a professor of pathology at Harvard Medical School and Beth Israel Deaconess Medical Center. His lab studies the role of phosphoinositide 3-kinase, or PI3K, and AKT signaling in cancer progression. PI3K/AKT, an important growth regulatory pathway, is frequently overactivated in cancer but difficult to control through small-molecule intervention. Toker’s lab searches for metabolic vulnerabilities brought about by that excessive PI3K/AKT activation, which may point to more tractable drug targets. Toker is a deputy editor of the Journal of Biological Chemistry.

Coincidentally, Emily Cohen, now a research scientist at the biotech startup Kronos Bio, was a grad student in DiMaio’s lab from 2009 to 2014 and then did a postdoc in Toker’s lab from 2015 to June of this year. DiMaio and Toker believe Cohen brought them good luck.  For her part, Cohen said both helped her flourish as a scientist: “The NCI award couldn't have gone to two better principal investigators, both for their incredible scientific knowledge, foresight and creativity, and for their work as mentors to their trainees.” 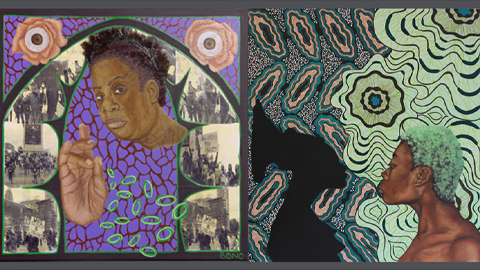 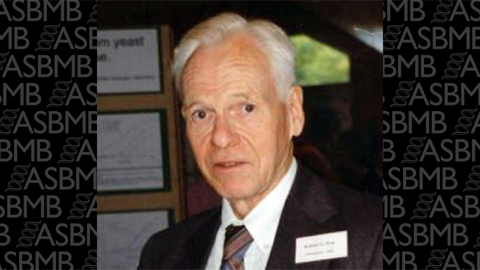 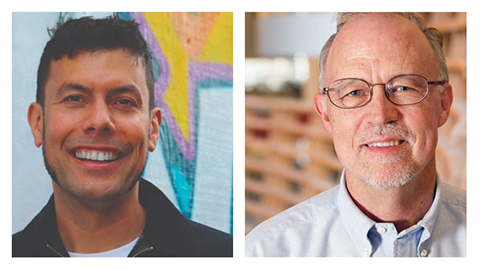 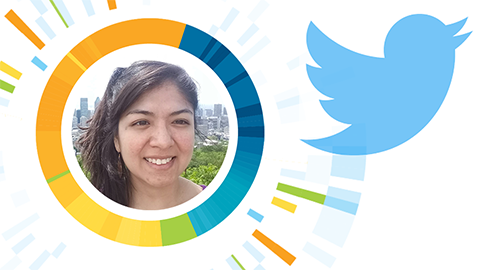 She will be one of two official tweeters for the American Society for Biochemistry and Molecular Biology's annual meeting in April.