Michael Roberts Waterman, who made seminal contributions to the field of cytochrome P450 research and was an active member of the American Society for Biochemistry and Molecular Biology for more than 45 years, died Nov. 7 in Dallas, Texas. He was 81. 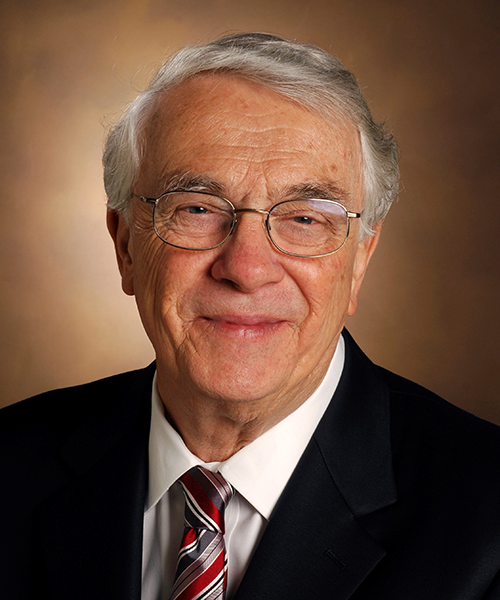 Born Nov. 23, 1939, Waterman grew up in Portland, Oregon. He earned a baccalaureate degree at Willamette University and completed his doctoral studies with Howard S. Mason at the University of Oregon Medical School. He did postdoctoral research with Takashi Yonetoni at the Johnson Foundation at the University of Pennsylvania, studying the properties of modified hemoglobins.

Waterman’s first academic position was at the University of Texas Southwestern Medical School in Dallas, where he became a professor of biochemistry in 1982. He assumed chairmanship of the biochemistry department at Vanderbilt University School of Medicine in 1992. He retired as department chair in 2010 and left Vanderbilt in 2012. He spent his retirement in Dallas.

In his early research at the UT Health Science Center, following his training with Yonetani, Waterman studied the physical chemistry of hemoglobins, particularly hemoglobin S whose mutations dictate sickle cell disease. He investigated ways to ameliorate the sickling disorder by modifying the structure of the heme protein.

For several decades, Waterman’s laboratory addressed the structure and function of steroidogenic P450s in the adrenal gland, particularly the cholesterol side-chain cleavage P450, or CYP11A1, and the steroid aromatase CYP19A1, including the characterization of the cDNA and gene. His studies also focused on CYP17A1 and CYP21 to define the mechanisms of several CYP mutations. Waterman collaborated with myriad luminaries in the field to elucidate the structure and function of adrenal steroidogenic enzyme systems.

More recently, the Waterman lab studied the regulation and function of CYP51 genes from various organisms. His research led to a better understanding of processes underlying hormonal disturbances related to genetic defects and provided the basis for developing better antifungal drugs, defining the potential roles of steroid metabolism in the control of human parasites.

Waterman was a member of the ASBMB Finance Committee. He served on the editorial boards of the Journal of Biological Chemistry and numerous other journals. He served on the National Institutes of Health Physical Biochemistry Study Section as a peer reviewer of grant applications. He worked as a consultant for agencies and foundations, and he presented his research at international meetings and universities around the world. With other UT Southwestern Medical faculty, he established the company Oxygene LLC, providing molecular biological products related to cytochrome P450.

Waterman took a calm and thoughtful approach to the management of his department at Vanderbilt, which expanded significantly and thrived under his direction. He enjoyed the friendship of many colleagues and collaborators, as well as their scientific interactions, and he developed collegial relationships with fellow scientists throughout the world.

He is survived by his wife, Mimi, and two children, Peter Waterman and Amanda Guerra, all of Dallas, and his four grandchildren, Kennedy and Jack Waterman and Abigail and Andrew Guerra.

(Russell A. Prough and Bettie Sue S. Masters contributed to this article.)

F. Peter Guengerich is a professor of biochemistry at Vanderbilt University, an associate editor of the Journal of Biological Chemistry and a 2021 ASBMB fellow.