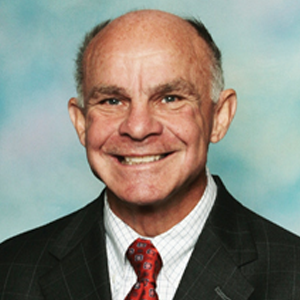 Charles Rawlinson “Rollo” Park was a close colleague of mine for 56 years, beginning as my graduate school adviser at Vanderbilt University during the 1960s. Rollo was a gentle man with a very high level of scholarly sophistication. He spoke slowly, and it seemed that every word he uttered was carefully thought through. Most of my conversations with him were about our specific scientific projects, but we often discussed broader scientific subjects in biology, astronomy and physics. Nonscientific subjects included politics, sports, outdoor activities and anything humorous. I was fascinated by the breadth of his knowledge. He had a very positive attitude and a marvelous sense of humor; his slow, deep laugh could be heard far down the hallways. Rollo was born in 1916 in Baltimore. He received his undergraduate degree from Harvard University in 1937. He received his medical degree and internship experience at Johns Hopkins University Medical School, where his father was a chairman of pediatrics. After that, Rollo served as chief resident at Peter Bent Brigham Hospital in Boston. He did his first research project as a medical student, studying the role of para-aminobenzoic acid as a growth factor for bacteria. After his residency, he was exposed further to a research career by his investigations of body-temperature regulation while serving in the Army at Fort Knox during World War II.

In 1946, Rollo joined the laboratory of Carl Cori at Washington University in St. Louis to do postdoctoral research involving glucose and glycogen metabolism. The following year, Carl, along with his wife and fellow scientist Gerty, would be awarded the Nobel Prize in physiology or medicine. While in the Cori laboratory, Rollo mainly studied the mechanism of insulin action on the uptake of glucose by rat diaphragm muscle. With his collaborators, he made the far-reaching finding that insulin stimulated the transport of glucose into the muscle rather than the intracellular phosphorylation of glucose by hexokinase, a theory favored by the Coris.

In 1952, Rollo made a leap from being a postdoctoral fellow in the Cori group to being the chairman of the department of physiology at Vanderbilt University Medical School. At that time, the department held only two active faculty members and had very meager facilities. Under his leadership, the department grew in international prominence during the 1960s, 1970s and 1980s. He paved the way for it to be ranked as the number one physiology department in the nation for total National Institutes of Health grant support. Among his faculty recruits was Jane “Janey” Harting from the Cori laboratory, whom he married soon after her arrival at Vanderbilt. Rollo trained or recruited many eminent scientists. He told me that he recruited the eventual Nobel laureate Earl Sutherland to the department in 1963 by convincing him of the good bass fishing in Middle Tennessee lakes. Earl said that he returned Rollo’s favor by getting his best scientific thoughts while sitting in a fishing boat on Center Hill Lake.

While at Vanderbilt, Rollo continued his work on glucose metabolism and insulin action with many collaborators. In several classic papers in the early 1960s, he and his colleagues established that insulin stimulated glucose transport rather than glucose phosphorylation. They also found that the non-glucose-transport effects of insulin on inhibiting liver glycogen breakdown and gluconeogenesis, as well as its inhibitory effect on lipid breakdown in adipose tissue, were mediated largely by lowering of the cellular cyclic AMP level.

Rollo’s ability in research, organization, training, recruitment and inspiration all played significant roles in these accomplishments and ultimately led to him receiving many awards over the years, including the American Diabetes Association Banting Medal and election into the National Academy of Sciences. In addition, he was a founding member of the board of the Howard Hughes Medical Institute, and he was involved in establishing the nation’s first diabetes and endocrinology research center at Vanderbilt. Rollo retired as the physiology department chairman in 1984 after serving for 32 years.

Rollo stressed seminar attendance. He had a large number of international colleagues who often would drop by Vanderbilt as guest seminar speakers. Almost all of our seminars focused on hormone signaling, which was engendered by Rollo’s influence. The seminars were accompanied by arguments, inappropriate interruptions, shouting, rude questions and other forms of impolite behavior, which were a bit shocking to me as a young student. In those days, experimental results were less objective and scientists more open to criticism. Moreover, monetary support for science was more generous, such that peers in the audience or the speaker himself did not fear so much that one of them could be a reviewer of their grants or papers. Rollo asked some of the best seminar questions even when he was well into his 80s.

Although he did his duty to organize the basic physiology course for medical and graduate students, it was not a high priority for him. As a lecturer, he usually did not receive high ratings from the students. Even so, I feel like he was quite effective, and the students would be spellbound by his thundering voice. His pace was slow and deliberate, and he had a knack for presenting the big picture. Rollo undertook the task of protecting the faculty against burdensome lecture and committee assignments. He often ignored his own administrative duties; I heard him say more than once that he was “a bit lazy.” He did not request increased laboratory space and other benefits for the department aggressively. He told me that some “crowdedness” in the laboratories was a good thing because it forced people to interact and brought about more discussions and collaborations.

I attended numerous dinners at Rollo and Janey’s home. They were elegantly presented and were often assisted by their longtime friend, Lily. Their son Edwards, who is presently on the faculty of the University of Tennessee Medical School, often attended these dinners as well. Edwards was also the given name of Rollo’s father, which was in turn taken from Rollo’s earlier ancestor, the famous fire and brimstone New England preacher of the 18th century, Jonathan Edwards. Rollo was proud to show me a portrait of his father that was done by Andrew Wyeth, as well as an Albrecht Dürer woodcut. Rollo led the dinner conversations, which considerably shaped the lives of many young scientists and their guests. On many occasions Rollo would invite young departmental scientists to accompany him and other senior faculty members for lunch in a campus cafeteria. This was also a wonderful experience in camaraderie and educational conversation.

Rollo was a modern Renaissance man. He possessed appreciation of the arts, and he enjoyed playing the recorder in a chamber music group. He had a particular interest in attending Nashville Symphony Orchestra performances. Once he invited me to accompany him. I was stunned upon arrival to learn that his season seats were in the middle of the front row, which he explained to me offered him optimum vision and sound for the performances. He used the same logic for attending other types of performances, including seminars.

Rollo was a tall, strong man. He participated in many outdoor activities, especially canoeing, kayaking, hiking, fishing and camping. I often accompanied him. He used his swimming pool to practice rolling in his kayak. When I was a student, I once joined him for an overnight tandem canoe trip down a very remote Tennessee river. On the first day, I was paddling in front when he instructed me from the back to “avoid submerged rocks.” Although I had some success, at one point I failed to notice one directly in front of the canoe. The canoe bashed into it head-on, and the sudden stop caused Rollo to lunge forward and bang his left lower leg against the middle seat. After a few minutes, his leg was dreadfully swollen. I became very worried, although Rollo assured me that his leg was not broken and that he was not in pain. We paddled onward until dark. I noticed that Rollo did not have a sleeping bag. He pulled a small space blanket from his pack, curled up in it on a sandy bank, and slept soundly through the night. The next morning, we continued our trip down the river, and he never once complained to me then, or in the future, about my blunder.

Jackie Corbin is an emeritus professor of molecular physiology and biophysics at Vanderbilt University.