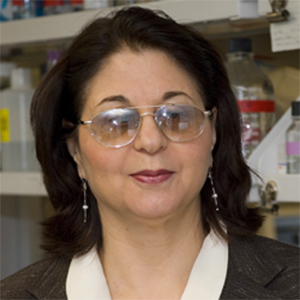 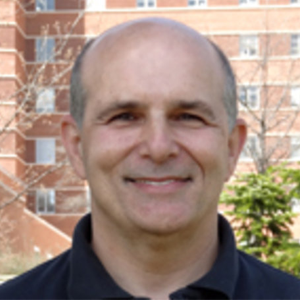 It is with sadness, honor and deep respect that we note the passing of Roscoe Owen Brady, a pioneer in biomedical research, on June 13. He was a world-renowned scientist whose efforts have benefited many patients suffering from inherited disorders of lipid metabolism. Brady’s early scientific work helped form the basis of the biochemistry of fatty acid, lipid and sphingolipid metabolism. As a quintessential physician-scientist, he expanded this research into the biomedical arena and developed diagnostic tools for patients and carriers as well as treatments for a devastating class of lysosomal storage diseases known as the sphingolipidoses. These are severe, often fatal, disorders caused by genetic defects in lysosomal sphingolipid catabolism. His pioneering therapy still is being used clinically today, and the approach now has been extended for the treatment of several other lysosomal storage diseases. Born in Philadelphia in 1923, Brady received his bachelor’s degree from Pennsylvania State University and his M.D. from Harvard Medical School in 1947. He then returned to Philadelphia, where he interned at the University of Pennsylvania Hospital. Over the next four years at the University of Pennsylvania School of Medicine, he was a fellow in the department of medicine and a postdoctoral fellow in the department of physiological chemistry, where he collaborated with Samuel Gurin to study the metabolism of long-chain fatty acids, lipids and sterols using radiolabeled precursors. In addition to helping elucidate various metabolic pathways, precursors and enzymes involved, these studies formed the foundation for Brady’s later seminal work in uncovering the metabolic defects and the enzymes involved in sphingolipidoses.

In 1953, Brady was called to active duty and served in the U.S. Navy Medical Corps. He then was recruited to the U.S. National Institute of Neurological Disorders and Blindness (later renamed the National Institute of Neurological Disorders and Stroke) in Bethesda, Maryland, as a section chief in the laboratory of neurochemistry. For more than 50 years, he remained at the intramural program of the National Institutes of Health, rising to the rank of chief of the developmental and metabolic neurology branch. It was here that he developed a team of scientists and clinicians to investigate the causes and treatment of the sphingolipidoses, most of which have profound neurological manifestations.

At that time, these disorders, affecting primarily children, were not well studied, and their causes were unknown. After initiating studies to increase the basic understanding of sphingolipid metabolism, Brady and his team set out to find the underlying defects in several sphingolipidoses, a line of research that ultimately led to the development of targeted therapies. Their pioneering research elucidated the biochemistry, the enzymatic basis for the metabolic defects of sphingolipidoses such as Gaucher disease, Niemann–Pick disease, Fabry disease and Tay–Sachs disease.

In the late 1960s, Brady’s group developed additional diagnostic tests to determine whether individuals were asymptomatic carriers of the autosomal recessive sphingolipidosis genes as well as for prenatal testing. These breakthroughs helped introduce the modern era of genetic counseling, in which Brady actively and insightfully participated. These issues were all the more important in the case of the sphingolipidoses because of the devastating, and often lethal, consequences of these incurable diseases.

After determining the enzymatic deficiency in Gaucher disease, in 1966, Brady recognized and then began pursuing a novel treatment option: enzyme replacement therapy. In 1973, he and his team isolated a few milligrams of glucocerebrosidase from human placenta and showed that administration of the purified enzyme into two Gaucher patients reduced the level of glucosylceramide storage in liver and plasma. Although it took decades with many experimental twists and turns to develop, in 1991 they received approval from the U.S. Food and Drug Administration for the use of their purified glucocerebrosidase as a Gaucher disease treatment. With the advent of molecular cloning technology, the therapeutic enzyme subsequently was produced by recombinant methods. Brady’s tenacious efforts, which culminated in the development of the first effective treatment for a lysosomal storage disease, have improved markedly the lives of thousands of Gaucher disease patients and paved the way for similar treatment designs for a growing list of other lysosomal storage diseases, benefiting even more patients and giving hope to families affected by these formerly untreatable disorders.

Brady was a groundbreaking lipid biochemist as well as a committed clinician working to improve the lives of patients with lysosomal storage diseases. Though his shining example lives on, his presence will be missed sorely by his friends and colleagues.

Sarah Spiegel is a professor and chair in the Department of Biochemistry and Molecular Biology at the Virginia Commonwealth University School of Medicine.

Richard Proia is the chief of the National Institute of Diabetes and Digestive and Kidney Diseases' Genetics of Development and Disease Branch.