Breann Brown works to be honest about the Black experience in academia without scaring talented students away from science.

The phrase “the mitochondria is the powerhouse of the cell” has a jokey reputation in American education as a hallmark of middle school memorization-based learning. Breann Brown researches the structural biology of protein complexes regulating mitochondrial physiology, and she harks back to that well-worn phrase when she describes herself as, like the mitochondria, “small but mighty.” 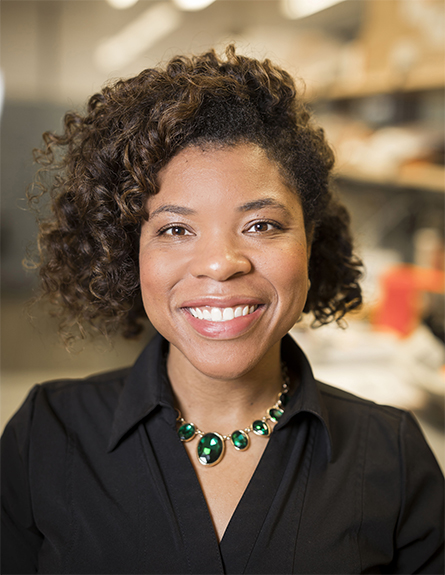 Courtesy of Breann Brown
As Breann Brown launches her lab during a period of international momentum for the Black Lives Matter movement, she considers the career implications of her identity as a Black woman.

Now an assistant professor in the biochemistry department at Vanderbilt University, Brown states with calm self-assurance, “I’ve always known a career in academia was for me.”

She does not remember a time when she wavered from her goal. She credits both a stubborn streak and the exceptional support of her family and academic mentors along her journey to a career she describes as “vocational.”

Encouraged by her parents, Brown attended an engineering program in high school, which helped kick-start her interest in science. She gained research lab experience during an internship before college, and she says now that such academic experiences and a commitment by colleges and universities to giving back to their local communities through educational opportunities are important because they expose school-age children, especially girls, to careers they might want to explore.

Before landing in Nashville, Brown steadily traveled the East Coast in her academic trajectory. Born and raised in the Washington, D.C., metro area, she attended Duke University as an undergraduate in chemistry and then earned her Ph.D. in molecular pharmacology and physiology in Rebecca Page’s lab at Brown University. Continuing north, she did her postdoctoral training in biology at the Massachusetts Institute of Technology with Tania Baker. Though she’s excited about her new lab at Vanderbilt, Brown said she misses one thing about the East Coast: the sports culture.

For Brown, athletics and team dynamics translate from the field and court to her vision for building her research lab. She grew up playing team sports, including volleyball and softball, and she takes the same approach to learning skills in sports and research. “Mentorship is coaching,” she said. “I’ll show you how to do it, you’ll practice, you’ll get better and do it on your own.”

Brown arrived at Vanderbilt in 2019, so her lab is still young and growing, as is her role in mentoring her students. She took on her first graduate student in spring 2019 and a research assistant shortly thereafter. “I’m … a first-base coach right now,” she said. “I’ll be more like a third-base coach as my students start getting nearer to graduating.” 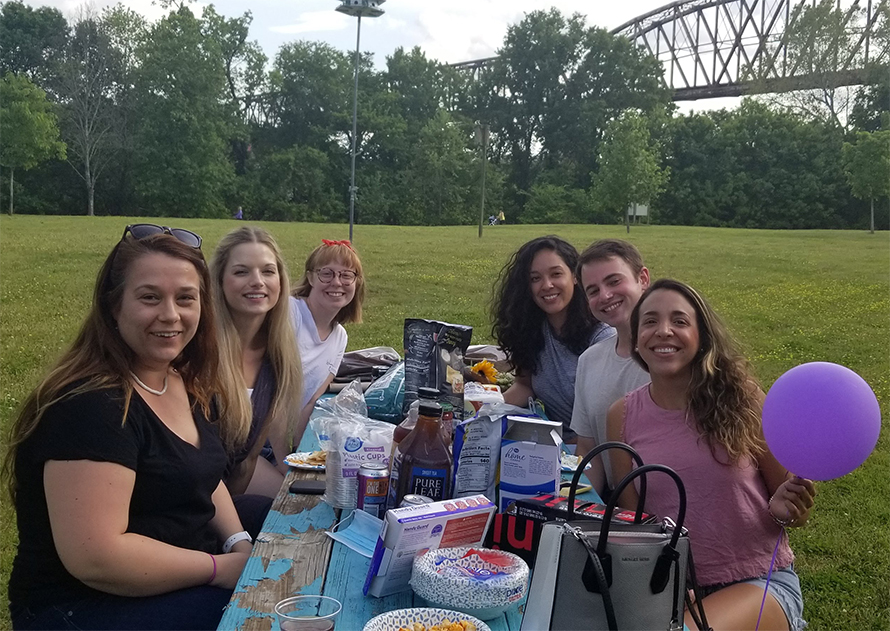 Courtesy of Breann Brown
The Brown lab celebrated with a picnic when student Jessica Taylor, second from left, passed her qualifying exam.

Brown describes the theme of her research in structural biology as “proper macromolecular protein complex assembly is critical for maintaining human health” through a variety of cellular processes. Her current focus is on mitochondrial biology and metabolism, an area so complex that “there are lots of avenues to pursue and a lot that we don’t know.”

Brown sees applications of her current work in mitochondrial encephalopathy, lactic acidosis and strokelike episodes, or MELAS, syndrome, a rare genetic disorder caused by mutations in the mitochondrial DNA. Her lab resides in the division of basic sciences, and she notes that Vanderbilt supports mechanistic and basic science–driven research with the understanding that strong fundamentals must precede developments in downstream applications. Her lab website states that other areas of interest include “assembly mechanisms responsible for regulation of heme biosynthesis, which is altered in several blood diseases, and maintenance of mitochondrial DNA copy number, which has direct implication in proper neuronal development.”

As Brown launches her lab during a period of international momentum for the Black Lives Matter movement, she actively considers the implications of her identity in her career. “I identify as a Black woman first and foremost,” she said, “and everything else comes after that.”

As many institutions in the U.S. prioritize creating a space for talking about race, Brown believes it is crucial to bring diverse perspectives to these conversations in academia and to move forward with the aim of making concrete changes. She wants to communicate her experience as best she can, she said, and she has reached a point in her career where she is comfortable speaking her mind. She feels a responsibility to represent herself as a Black woman to the next generation of scientists because, she said, “Being a Black woman in science is not easy.” 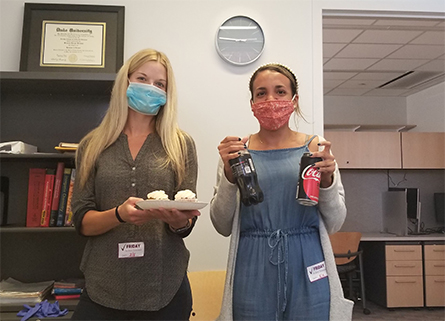 Brown works to stay true to herself as she develops her voice at Vanderbilt. Her aim is to balance mentoring students, teaching classes, building a lab, representing herself as a Black woman and all the other challenges of academic life in a way that doesn’t turn people off science. “I never walk into lab in a power suit,” she said. “I joke around, and I don’t want to lose that.”

Doing hands-on lab work and troubleshooting is part of what originally drew her to science, and today she goes into the lab as often as she can. She likes the freedom and flexibility she has as an academic to structure her schedule and follow her own path.

Another passion for Brown is finding ways to satisfy her sweet tooth, and she fuels her lab with Nashville’s finest local bakery fare. She searches the city for new bakeries and coffee shops and flexes her chemistry muscles in the kitchen, experimenting with her own pies and cakes. In the race to satisfy her craving, she said, one sweet is leading at the bench: “Our lab is a doughnut lab.”

Pivoting to transform a pandemic classroom
Nicole Lynn
Mentoring wins over training in science
Shantá D. Hinton
A science journey from beer to TB
Ankita Arora
Finding ways to help through research and teaching
Heather Masson–Forsythe
‘Science in Africa — we do it well too!’
Clementine Adeyemi
‘Science is everything’
Inayah Entzminger