They discovered and developed the gene-editing tool CRISPR–Cas9

Emmanuelle Charpentier and Jennifer A. Doudna have won the 2020 Nobel Prize in chemistry for the development of a method for genome editing, CRISPR–Cas9. It is the first time since Marie Curie received it in 1911 that the Nobel Committee has awarded the chemistry prize to a researcher or team of researchers that did not include a man.

CRISPR, which stands for clustered regularly interspersed short palindromic repeats, evolved as a bacterial defense mechanism that allows microorganisms to fight off hostile viruses by storing their genetic information alongside CRISPR-associated proteins, or Cas, a set of enzymes that are highly effective at snipping DNA. By turning the stored viral DNA into guide RNAs that complex with Cas, the bacteria cells can target and destroy a matching virus’ DNA before it can replicate. 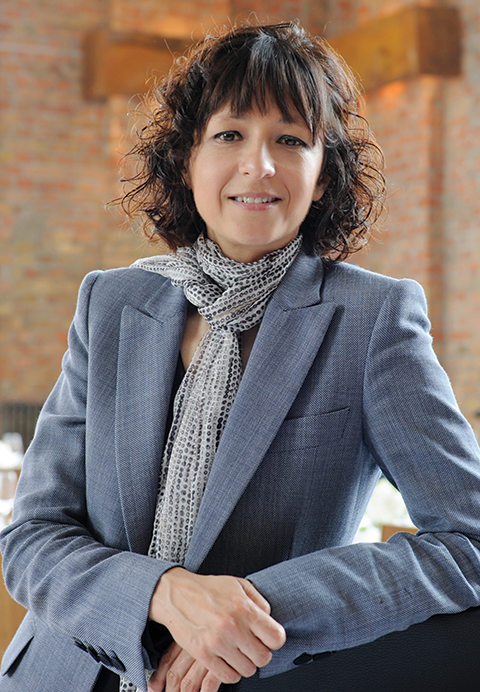 Max Planck Institute for Infection Biology
Emmanuelle Charpentier is a biochemist, microbiologist and geneticist, recognized as an expert in regulatory mechanisms underlying processes of infection and immunity in bacterial pathogens. She is scientific and managing director of the Max Planck Unit for the Science of Pathogens in Berlin, an institute that she founded with the Max Planck Society. 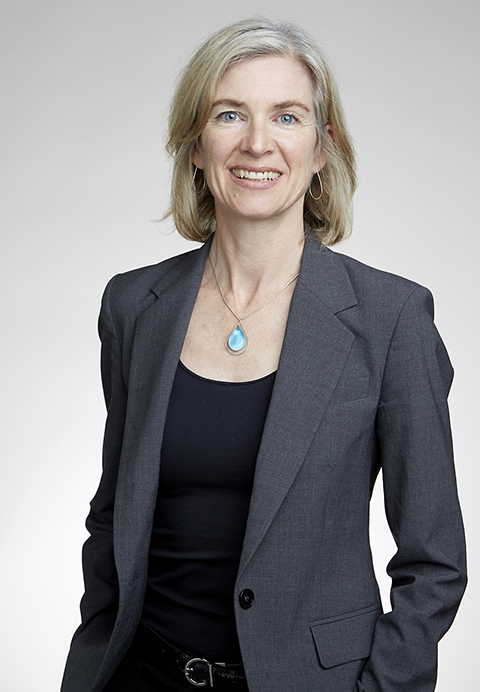 University of California, Berkeley
Jennifer Doudna is the Li Ka Shing chancellor’s chair in biomedical and health sciences and a professor of molecular and cell biology and professor of chemistry at the University of California, Berkeley, a Howard Hughes Medical Institute investigator, senior investigator at Gladstone Institutes and executive director of the Innovative Genomics Institute. She studies how RNA molecules control the expression of genetic information.

In 2011, Charpentier, then an associate professor at the Laboratory for Molecular Infection Medicine Sweden at Umeå University, discovered that the bacterium Streptococcus pyogenes contained a previously unknown molecule, tracrRNA, which was part of its CRISPR–Cas immune system. That year, she began collaborating with Doudna, an RNA biochemist at the University of California, Berkeley, and the researchers began reprogramming the genetic CRISPR–Cas scissors to snip DNA at predetermined sites. In 2012, they demonstrated in the journal Science that CRISPR–Cas9 could be used as a gene-editing platform.

“Since Charpentier and Doudna discovered the CRISPR–Cas9 genetic scissors in 2012, their use has exploded,” the Nobel Committee wrote. Those multifold uses have included discoveries in basic research, the development of crops that withstand mold, pests and drought, the ongoing development of drugs for rare genetic diseases and, controversially, the rewriting of the human genome at the embryonic level.

“These genetic scissors have taken the life sciences into a new epoch and, in many ways, are bringing the greatest benefit to humankind,” the committee wrote.

While both the benefits and safety of germline editing remain hotly debated, somatic genome editing is considerably safer. One of diseases that CRISPR–Cas9 is well-suited to tackle on the somatic level is sickle cell disease, a debilitating, deadly disorder in which a mutation in hemoglobin causes red blood cells to become deformed and jammed inside blood vessels. In mid-2019, the technology was used to restore the production of fetal hemoglobin in cells removed from patients’ bone marrow, which were then reinserted, to compensate for the defective hemoglobin. One year on, the treatment appears to be a success.

“I was delighted to wake up this morning to the news,” said Alex Toker, an associate editor for the ASBMB’s Journal of Biological Chemistry and a professor of pathology at Harvard Medical School and Beth Israel Deaconess Medical Center, of Doudna and Charpentier’s award. “Their work has already had far-reaching ramifications for not only for our understanding of molecular biology but also for the advancement of therapies to treat human disease.”

The two biochemists will evenly split the roughly $1.1 million prize.

Doudna and Charpentier are both members of the American Society for Biochemistry and Molecular Biology. In 2013, Doudna was the inaugural recipient of the ASBMB’s Mildred Cohn Award in Biological Chemistry.

Gregory Petsko, a biochemist at Harvard Medical School and Brigham and Women’s Hospital, noted that ”science advances fastest when our armory of tools is enlarged.”

Petsko, a former ASBMB president, continued, “Think of Galileo’s telescope, DNA sequencing, the polymerase chain reaction, induced pluripotent stem cells, cryo-electron microscopy, and so on. The Nobel committees, particularly in chemistry, have often recognized the importance of tool development and rewarded it appropriately.

“While the ultimate uses of CRISPR–Cas9 remain in our imagination, it is precisely that which makes today’s award so appropriate: Like all great toolmakers, they have expanded our imagination, in this case by giving us a new technique for direct editing of the genome itself.”

Charpentier attended the Pierre and Marie Curie University, now part of the Sorbonne University, as an undergraduate, receiving her degree in biochemistry in 1991. She attended the Institut Pasteur for graduate school, during which she explored the genetic and molecular mechanisms behind antibiotic resistance, and earned her PhD in 1995. After a five-year stint of research positions in the United States beginning in 1996, she started her own research group at the University of Vienna in Austria. Charpentier then worked as an associate professor at Umeå University from 2009 to 2014. She has been a director at the Max Planck Institute for Infection Biology in Berlin since 2015 and founded an independent research unit, the Max Planck Unit for the Science of Pathogens, in 2018.

Doudna earned her Ph.D. in the lab of Jack Szostak at Harvard Medical School in 1989 and then worked in the lab of Thomas Cech as a postdoctoral fellow at the University of Colorado Boulder. She has been a Howard Hughes Medical Institute investigator since 1997, and her many current projects include working on understanding the biology of CRISPR systems in natural environments such as water and soil.

“For too long chemistry was a field that seemed hostile to women,” Petsko said. “But now we are finally trying to solve 100% of the world’s chemical problems with more than 50% of its brainpower.” 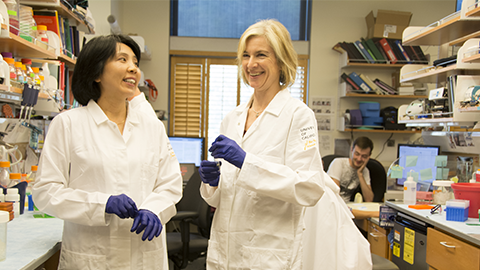 ‘On the same wavelength’

In our 2014 cover story, Jennifer Doudna credits her laboratory’s success to someone she took a chance on 20 years ago — her laboratory manager, Kaihong Zhou. “She is the type of person who will do whatever it will take to make the lab successful,” Doudna said. “I owe her a tremendous amount for what we’ve been able to do.” Read the story by former staffer Rajendrani Mukhopadhyay.