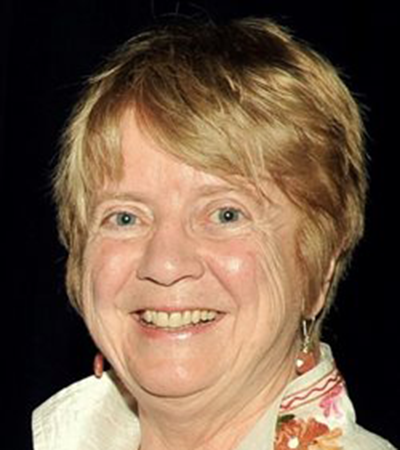 The Society for Glycobiology has announced the winners of its 2020 awards. Among them are American Society for Biochemistry and Molecular Biology members Catherine Costello, Kelley Moremen and Ajit Varki. All honorees will accept their awards during the society’s virtual annual meeting in November. 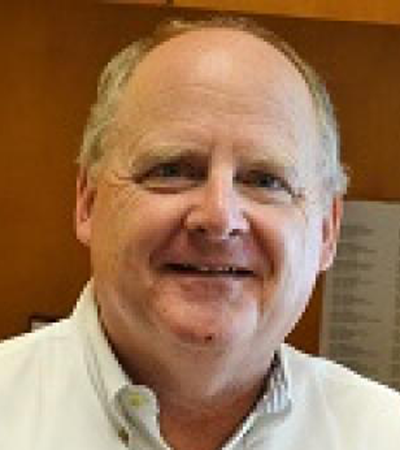 Catherine Costello, a distinguished professor at the Boston University School of Medicine, will deliver the Molecular and Cellular Proteomics lecture. Costello, a mass spectrometry expert, pioneered the use of tandem mass spectrometry to characterize carbohydrate structures, allowing researchers to determine the size, sequence and branching structures of glycoconjugate molecules. She has used the approach to address many important questions in biology and medicine. She is a fellow of the American Association for the Advancement of Science and the American Chemical Society and a past president of the American Society for Mass Spectrometry, the International Mass Spectrometry Foundation and the Human Proteome Organization. 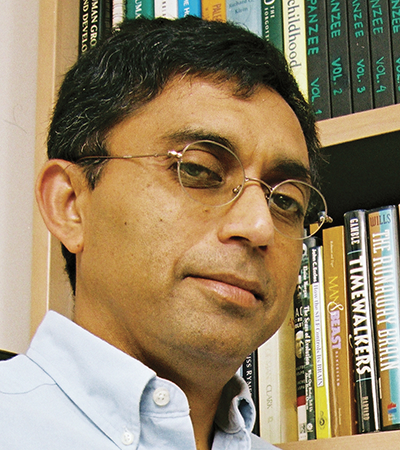 Kelley Moremen, a distinguished research professor at the University of Georgia’s Complex Carbohydrate Research Center, receives the Karl Meyer Lectureship Award.  Moremen studies mammalian glycoprotein synthesis, glycosidase and glycosyltransferase activities, along with the activity of endoplasmic reticulum and Golgi quality control pathways for complex carbohydrates. He was one of an international team of 24 scientists who collaborated to establish unique identifiers for each individual glycan structure to reduce duplication of effort in the field, and operates a glycoenzyme expression library that provides plasmids, baculovirus and other expression tools to fellow researchers.

Ajit Varki, a physician–scientist and distinguished professor at the University of California, San Diego, receives the Rosalind Kornfeld Award for Lifetime Achievement in Glycobiology. Varki, who trained in Stuart Kornfeld’s lab in the 1970s, recalls advice and mentoring that Rosalind offered from her own lab next door as crucial to his later success. He studies biological roles of sialic acids in evolution, health and disease, with an emphasis on human origins. He is the editor of the textbook Essentials of Glycobiology, served as editor-in-chief of the Journal of Clinical Investigation and as president of the American Society of Clinical Investigation and the Society for Glycobiology, and is a member of the National Academy of Medicine and the American Academy of Arts and Sciences.

Mark Batzer, a distinguished professor in the department of biological sciences at Louisiana State University in Baton Rouge, has been named a senior member of the National Academy of Inventors. 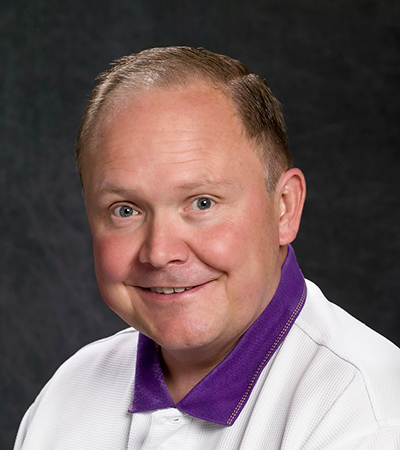 Batzer’s work has focused on the role of mobile DNA elements in the genome, such as the retrotransposons Alu elements and short interspersed nuclear elements, or SINEs. Recently he has focused on using these elements to conduct population genetics and phylogenic analyses in various primates, including humans, baboons, monkeys and marmosets.

Batzer holds six patents for polymerase chain reaction techniques for forensic analysis, most based on inference from repeating genome elements, to determine the species, gender and geographic origin of DNA samples.

The National Academy of Inventors, founded in 2010, is a nonprofit modeled on (but not affiliated with) the National Academies of Sciences, Engineering and Medicine. Senior members are selected by nomination from member universities for consideration by the NAI advisory council. 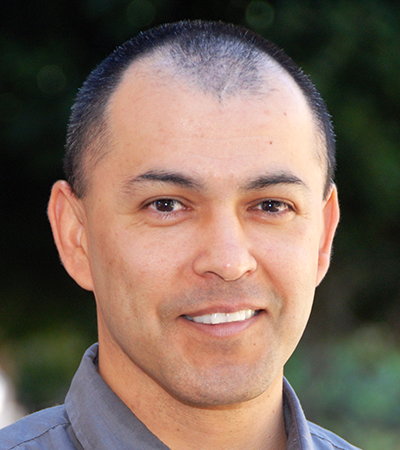 Torres is a professor in the department of chemistry and biochemistry at UCLA. In 2019, he and Erick Velasquez, a Ph.D. student at UCLA, received a Gilliam fellowship for advanced study — designed to help foster diversity and inclusion in science and train future scientific leaders — from the Howard Hughes Medical Institute. Earlier that year, he won the American Society for Biochemistry and Molecular Biology’s Ruth Kirschstein Diversity in Science Award, which honors an outstanding scientist who has contributed significantly to increased participation and effective mentorship of under-represented minorities in the sciences. 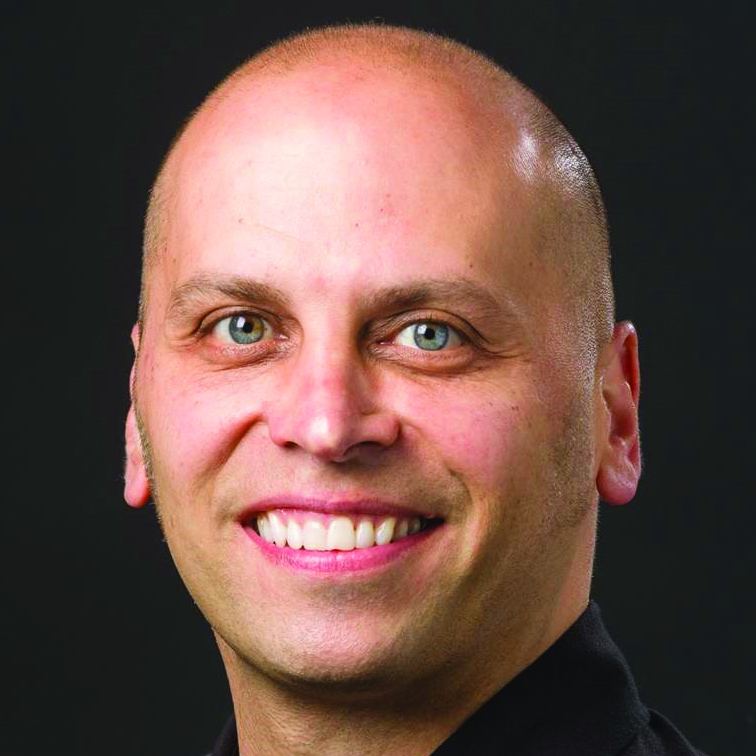 De La Cruz, a professor and head of Branford College at Yale University, was appointed chair of the university’s department of molecular biophysics and biochemistry in July. He received the Biophysical Society’s Emily Gray Award in Education in 2018. An associate editor for the ASBMB’s Journal of Biological Chemistry, he also serves on the society’s Minority Affairs and Meetings committees and is a former chair of the Publications Committee. He was appointed to the advisory board for the ASBMB Maximizing Opportunities for Scientific and Academic Independent Careers, or MOSAIC, program in August. 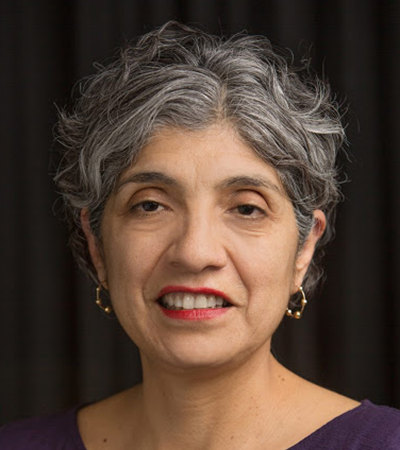 Trejo, a professor of pharmacology and assistant vice chancellor for health sciences faculty affairs at the University of California, San Diego, has won several awards for championing inclusivity and diversity in science from UCSD, the ASBMB and the American Society for Cell Biology. A member of the UCSD faculty since 2008, Trejo has served on the council of the ASBMB and the board of scientific advisors for the National Cancer Institute.

“Our aim in assembling these names is to put an end to the harmful myth that there are not enough diverse scientists to give seminars, serve as panelists, or fill scientific positions,” noted Christina Termini, a Cell Mentor contributor and a Damon Runyon postdoctoral fellow and University of California president's postdoctoral fellow at UCLA.

“Although we understand this list is not fully representative of the Hispanic/Latinx scientific community,” Termini said, “we hope it will help to change the perception of what a scientist looks like and makes our collective image more representative of society at large.”