When Sharifa Love–Rutledge was a little girl in Moss Point, Mississippi, her brother received a science kit for Christmas. She convinced him to let her help make borax bouncy balls from the kit, and seeing simple ingredients transformed into a tangible product changed her life. 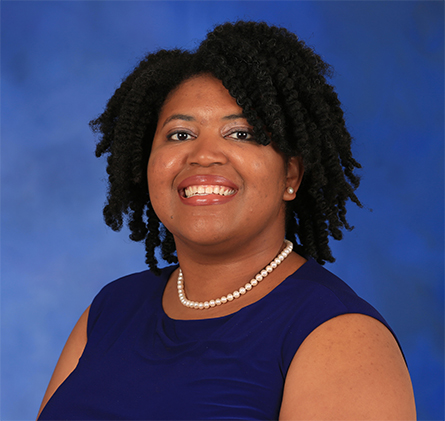 COURTESY OF SHARIFA LOVE– RUTLEDGE
Indications from her graduate and postdoc studies that an overlap existed between Type 1 diabetes and prediabetes inspired Sharifa Love–Rutledge’s research focus at the University of Alabama at Huntsville.

“I hadn’t done any science demos up to that point,” she said. “It was exciting to have something that worked come from the experiment.”

She wanted to do more.

In fifth grade, Love–Rutledge joined her school district’s gifted program, which provided an outlet to explore her interest in science. She thought about becoming an ophthalmologist and designed a papier-mache eyeball to present in class. Though she sometimes tried to avoid attention, the teachers in the program helped Love–Rutledge find her voice.

“In some classes, I wanted to fade into the background. My eighth-grade science teacher, Mrs. Stevenson, made me feel seen,” she said. “She encouraged me to ask questions and participate. I felt like I was valuable in that space.”

Love–Rutledge’s teachers put her on a path to pursuing a biology degree at Tougaloo College in Hinds County, Mississippi, but she struggled with rote memorization in her freshman biology class. She decided to leave the department of natural science, and her professors, who had noticed something special in her, wondered why she disappeared.

“They saw something in me that I didn’t see in myself,” she said.

Fate stepped in when Love–Rutledge returned to the department to take an organic chemistry class in her sophomore year. She found her niche studying chemical mechanisms and using analytical problem solving. Her professors recognized her talents and decided to make a long-term investment in her success.

“Once I came back, they weren’t going to let me leave,” she said. “I had several professors that would strategically check in on me. My organic chemistry professor still checks in on me now!”

“Those two programs working together was really great,” she said. “I was able to pool two sets of resources that helped me reach my end goal.” 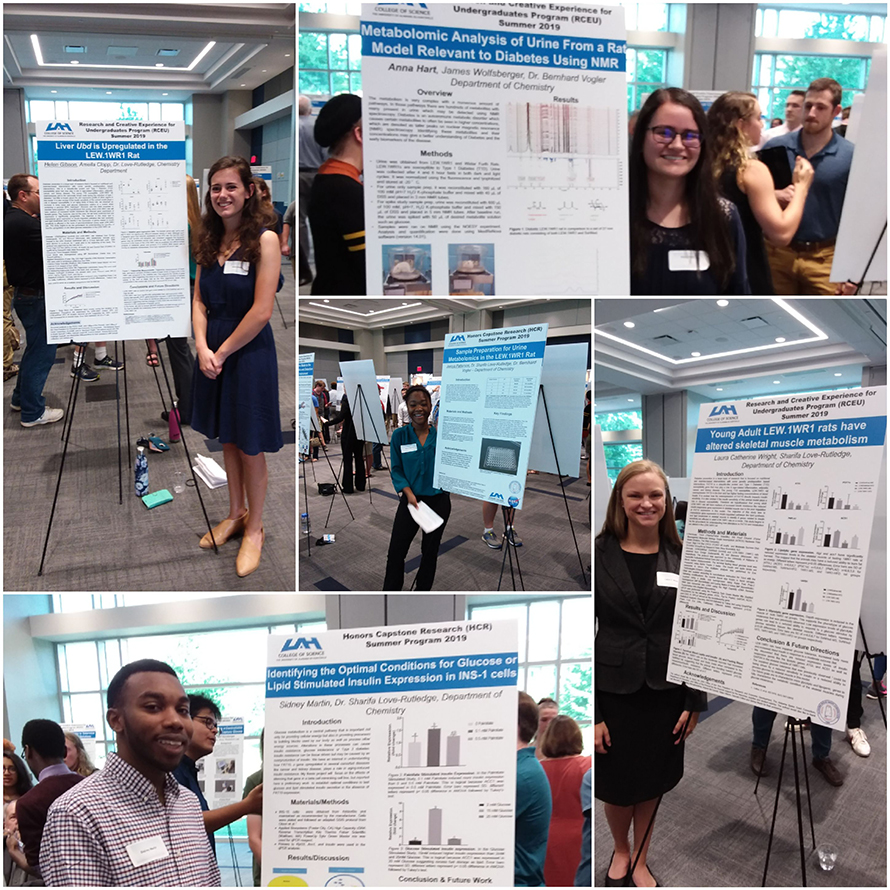 Love–Rutledge graduated from Tougaloo with a degree in chemistry and went on to pursue a Ph.D. in biochemistry at the University of Alabama.

She stepped into unfamiliar territory in her first-year biochemistry course. The students gave presentations and offered feedback to each other, but the competitive environment caught Love–Rutledge off guard. Some students put others down to make themselves look better. Love–Rutledge, who already questioned if she should be in graduate school, felt like an imposter.

Once again, her mentors came to the rescue, helping her break free from the paralyzing lies of imposter syndrome so she could blossom as a scientist. Though she sometimes wanted to give up, Love–Rutledge said that her “guardian angels” encouraged her to stick with her path.

As a graduate teaching assistant, Love–Rutledge came face-to-face with her own challenges while working with undergraduates. She watched students become defeated by their science classes and give up on themselves. She managed to help save some of them, but others slipped through the cracks, beyond her grasp.

“Now that I’m a professor, I have the ability to save more students that have the potential to succeed,” she said.

Love–Rutledge learned that many students, particularly those in minority groups, struggled to believe in themselves and find their potential. She recognized the need for students to see people like themselves in the positions they hoped to reach one day.

“I hadn’t met an African American female with a Ph.D. until I was in graduate school,” she said.

In 2014, Love–Rutledge completed her graduate work on chromium nutrition and its relation to Type 2 diabetes. She was the first Black woman to earn a Ph.D. in chemistry from the University of Alabama.

At Michigan State University, she completed a postdoc in the physiology department, studying a virus-inducible Type 1 diabetes rat model. She saw changes in the rats that resembled the Type 2 diabetes models she had worked with in graduate school. She began to wonder if an overlap existed between Type 1 diabetes and prediabetes.

These observations inspired her research focus at the University of Alabama at Huntsville, where she is now an assistant professor in the chemistry department. 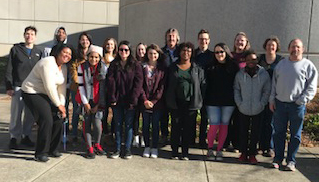 Outside the lab, Love–Rutledge serves as a mentor for students through her church and a youth symposium program where she organizes science demonstrations and programming. She wants to expose young students to science and be a resource for them as they think about their education and career options.

“Kids’ choices are often limited to what they’re exposed to. They may never get to leave their hometown,” she said. “I want to help them realize that the world is bigger than what they’ve seen.”

Love–Rutledge hopes to make a difference in the lives of young scientists, just like the mentors who never gave up on her. She reminds her mentees that Rome wasn’t built in a day.

“It takes time to build all the accolades you see for the people around you,” she said. “It’s easy to place unrealistic expectations on yourself. Be okay with gradual changes and gradual improvement. Pace yourself. You can’t force things to happen.”

The American Society for Biochemistry and Molecular Biology’s Research Spotlight highlights distinguished biomolecular and biomedical scientists from diverse backgrounds as a way to inspire up-and-coming scientists to pursue careers in the molecular life sciences. Eligible candidates include Ph.D. students, postdoctoral fellows, and new or established faculty and researchers. To nominate a colleague for this feature, contact us at ASBMB Today.