Samuel H. Wilson Jr., who made seminal contributions to the field of DNA repair and who served for decades as a leader at the National Institutes of Health, died at his home in Chapel Hill, North Carolina, on April 23. He was 81.

Wilson’s research career was dedicated to the study of genomic maintenance and DNA repair. He pioneered molecular biology tools, determined the structure of DNA polymerases and elucidated details in the base excision-repair pathway. 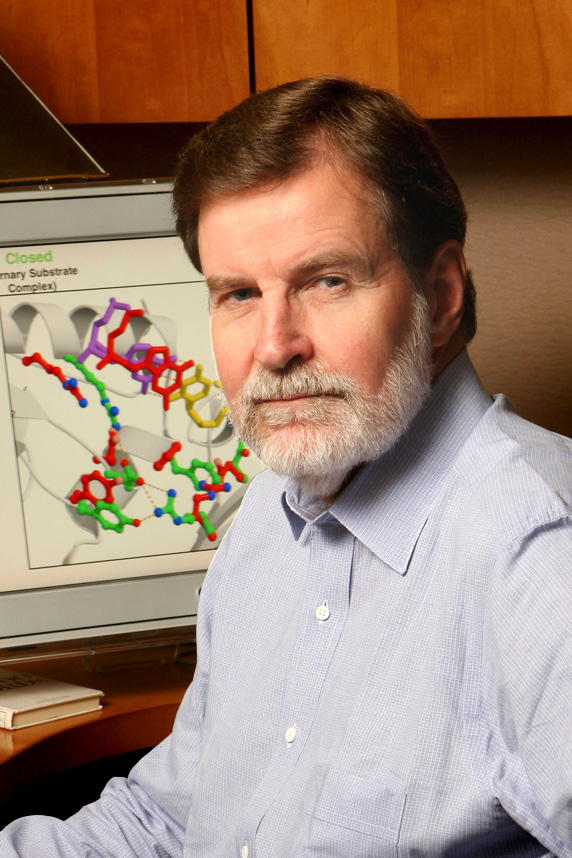 NIH
Sam Wilson joined the American Society of Biological Chemists (later renamed the American Society for Biochemistry and Molecular Biology) in 1981. He served on the editorial board of the society’s Journal of Biological Chemistry from 1992 through 1997 and, all told, published 68 articles in it. He served as a member of the ASBMB Council in the early 2000s.

He earned his undergraduate degree at the University of Denver in 1961 and spent the next year as a graduate fellow at the department of chemistry and the Denver Research Institute.

He then moved on to Harvard Medical School, where he worked under Mahlon Hoagland. Hoagland years earlier had demonstrated the initial step in protein synthesis: the activation of amino acids by formation of aminoacyl adenylates from amino acids and ATP. He also discovered transfer RNA.

In 1967, Hoagland left Harvard for an appointment at Dartmouth Medical School, and Wilson went with him. Wilson earned his medical degree from Harvard in 1968.

According to a tribute by E. Bradridge “Brad” Thompson, an emeritus professor at the University of Texas Medical Branch in Galveston, “He always had aimed to do medically relevant basic research, thus choosing the M.D. as his advanced degree and taking extra training in biochemistry in lieu of clinical post-degree training.”

Like many new doctors did in those days, Wilson joined the U.S. Public Health Service.

Beginning in 1968, at what was then called the National Heart Institute (now the National Heart, Lung and Blood Institute), Wilson worked as a postdoc for geneticist Marshall Nirenberg, who later that year shared the 1968 Nobel Prize for Physiology or Medicine with Har Gobind Khorana and Robert W. Holley “for their interpretation of the genetic code and its function in protein synthesis.”

Wilson began his own lab at the National Cancer Institute in 1970. It was the start of a long and fruitful independent career during which he not only made groundbreaking discoveries (more than 400 publications and several edited volumes) but also mentored dozens upon dozens of graduate students, postdoctoral fellows and other researchers. His research group studied the structures of enzymes involved in synthesizing and repairing DNA.

He became chief of the Nucleic Acids Enzymology Section in the Laboratory of Biochemistry in 1986.

During the 1990s, Wilson was briefly lured away from the NIH to serve as the founding director of the Sealy Center for Molecular Science at the University of Texas Medical Branch in Galveston.  According to Thompson at UTMB, it was the first trans-departmental center at the institution, and Wilson assembled “one of the world’s strongest collections of DNA repair experts.”

“Sam shared the realization that the then-new tools being developed and improved in molecular and structural biology were making possible the dream of studying the many important but previously inaccessible molecules critical for cellular function,” Thompson wrote in his tribute.

Upon his return to the NIH in 1996, he joined the National Institute of Environmental Sciences in Research Triangle Park, North Carolina. He first served as deputy director and then acting director until 2009, at which point he focused solely on the work in his own lab.

Over his lifetime, Wilson received many awards and honors. In 2009, he was elected as a fellow by the American Association for the Advancement of Science. He was frequently invited to serve as a keynote speaker for symposia.

In 2015, he received the highest honor given to an intramural scientist, an NIH Director’s Award. More specifically, he won the Ruth L. Kirschstein Mentoring Award. More than 100 former students and colleagues turned out to celebrate him. (In an NIEHS newsletter that year, you can see a special cake shaped like DNA polymerase beta, with fondant repair workers meant to depict its key role in base-excision repair.)

In a 2020 tribute, Philip C. Hanawalt of Stanford University described Wilson’s teaching style: “(He) developed a unique ability to explain details of the complex structures revealed by crystallography in a straight-forward manner that could be understood and appreciated by students and others, who were not experienced in X-ray crystallography and the interpretation of resulting molecular models..”

At the time of his death, Wilson was head of the DNA Repair and Nucleic Acid Enzymology Group at NIEHS and held a second appointment at the institute’s Epigenetics and Stem Cell Biology Laboratory.

He was preceded in death by his namesake son. He is survived by his wife, daughter, grandchildren and a brother.

In 2020, the journal DNA Repair, for which Sam Wilson had served as editor-in-chief since 2011, compiled a collection in Wilson’s honor.

In his editorial, Philip C. Hanawalt of Stanford University wrote that the contributors wanted “to honor him for his numerous fundamental contributions as a pioneer and leader in the field of genomic maintenance, and for his generous and thoughtful support of his associates.

Bennett Van Houten, who was recruited to the Sealy Center for Molecular Science at Galveston during Wilson’s time there and who later overlapped with Wilson at the National Institutes of Health, provided several figures and tables of interest: a graph showing Wilson’s volume of publications during his 55-year career, a keyword interactome, a list of Wilson lab personnel and a co-authorship interactome.