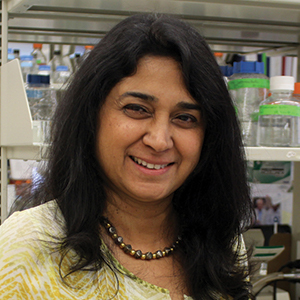 On Dec. 27, Carolyn Slayman died while undergoing treatment for cancer. We lost a pioneering scientist, a superbly accomplished academic leader and a warmly humorous human being. She was Sterling professor at Yale University, where she served as deputy dean for academic and scientific affairs, and previously chaired the department of genetics. She leaves behind her husband of 57 years, Yale professor Clifford Slayman; two grown children; scores of former trainees; and countless colleagues who miss her terribly. Much of her research career, spanning nearly half a century, was devoted to the study of a proton-pumping ATPase in the plasma membrane of fungi, initially in the bread mold Neurospora crassa and later in the baker’s yeast Saccharomyces cerevisiae. I may have first met Carolyn Slayman at a Gordon conference; it was such a long time ago. But I remember precisely when and where I later asked if I could join her lab for postdoctoral training: It was in the ladies’ room at the University of Rochester after her seminar. With all the talk of men’s locker rooms, I’ve always found this encounter both amusing and empowering. She said yes. I visited Yale and discovered that her lab opened into a sunny rose garden. We would sit out there on the white, wrought-iron patio furniture that Carolyn had purchased and drink tea. Carolyn’s lab was filled with strong, independent women scientists. I was in heaven.

There is a lot that I can say about Carolyn Slayman that has been said already. A 1958 graduate of Swarthmore (Phi Beta Kappa, highest honors in biology and chemistry), she went on to The Rockefeller University to do her doctoral work with Nobel laureate Edward Tatum as the only woman in her class. Imagine what it was like when she started as a Yale faculty member in the 1960s: The school only just had become co-ed, and the president famously had announced that more men had to be admitted to make up for the loss of future leaders in a class diluted with women. Once Carolyn had to be brought in to a men’s-only Yale club for an evening meeting through the fire escape.

Despite all this, or perhaps even because of it, Carolyn was a consummate diplomat, exquisitely serene and as unreadable as a sphinx when it came to professional critique of a colleague or their science. Where I was outspoken, she was measured. When I rushed to publish, Carolyn would suggest running that gel one more time. Her deceptively mild and all-too-familiar phrase “Wouldn’t it be nice …” probably still evokes a good-humored groan from her former trainees, but our perfected manuscripts would pass peer review easily. Indeed, many years later while I was on a study section that reviewed her grant, the (un)scientific consensus was that Carolyn “walked on water.” Despite her busy administrative schedule (she was the first woman to chair a medical school department at Yale), Carolyn made time for science over lunch or tea, always ready with her trademark stack of index cards and Pilot pen to sketch out an experiment with impeccable neatness and clarity.

Carolyn’s warmth and graciousness encompassed our families. She listened intently while my mother explained the cultural significance of my daughter Anjana’s cradling ceremony and carted my parents off to a vegetarian restaurant for dinner. She initiated my husband, Ananth, into the anatomical intricacies of consuming a Maine lobster (while I, also inconveniently vegetarian, contemplated how to deal with my corn cooked in their silent screams). When Ananth snagged his first job interview in New Haven, she declared that he must have a power tie. So off we went, the entire lab in tow, to J. Press, where we purchased a bold red (and very expensive) silk tie. Although Ananth still prefers his muted blues and dull grays, I absolutely wear red for those power occasions in honor of that memory.

Carolyn was a natural with children. She plied my daughter and son with piles of books that easily became their childhood favorites: Anjana’s was Robert McCloskey’s “Make Way for Ducklings,” and Arjun’s was “The Story of Ferdinand.” When I gave my first big talk at an international conference in Cordoba, Spain, Carolyn snuck out of the audience just before I started, returning with a little girl who perched right next to her to hear mom’s talk. Much to my chagrin, Anjana was the first to raise her hand for questions, to the amused delight of my scientific colleagues. A decade later, when we stopped by New Haven to visit the Slayman home en route to dropping off our now-freshman to college, Carolyn was still entertained by the recollection of Anjana’s innocent question to her at the decidedly carnivorous dinner in Spain: “Aunty, are you a cannibal?”

A veteran globetrotter, Carolyn was also a skilled raconteur, regaling us with anecdotes of her flight on the Concorde, a spin around a Formula 1 racetrack or a camel ride with a Saudi prince. Indeed, we took for granted how sought after she was on advisory boards, councils and committees. One morning, just as I had made up the alkaline SDS solution to extract bacterial DNA (this was in the pre-kit days), Carolyn stopped by my bench with one of her famous stories. As I recall, with some irreverence, by the end of the anecdote, my solution was no longer “freshly prepared,” as the SDS had crashed out as a precipitate.

There is, however, a conversation that Carolyn probably forgot but one that profoundly influenced my career. I share it often and strive hard to pay it forward. Many of my colleagues know of my “unrelenting passion” (as it was recently described) for promoting women in science. I was not always so confident. Exhausted, sleep-deprived and drained of morale after what seemed like the hundredth sick call from Anjana’s daycare, I finally confessed to Carolyn that I was no good to her as a scientist. I was very sorry for her (and for myself, clearly) that I was no longer pulling my weight in the lab.

Carolyn took my announcement with her usual equanimity. She put my experience in perspective: For the next few years, family would be all-consuming. Naturally, there would be fewer evenings in the lab, and I would be home on weekends. In time, my children would grow up and move away to college (just like her own Andrew and Rachel), and I might well find more time for science, much like she had. She made me feel like she was investing in me for the long term and that my worth would play out in the future. I never forgot that sense of belonging that she gifted me that day, and, just as she predicted, my child-rearing years are now past chapters, albeit precious and memorable, in the story of my life.

My memory of Carolyn endures: Tall and poised, in her wool skirt and sensible shoes, she was the epitome of New England grace and strength, a matriarch among mentors. Simply by being herself, she surely and skillfully shaped my career and my life, and for that I am truly grateful. I hope she knew that.

Rajini Rao is professor of physiology at the Johns Hopkins University School of Medicine and chair of the ASBMB Today editorial advisory board.