Carol Carter grew up in the Harlem community in New York City, where, she said, “I did not have access to many resources, but I was surrounded by people who cared.”

One of those people was an elementary school teacher, Robert Babcock, who gave her discarded library books. One of them was “The Book of Inventions,” and Carter said it “described discoveries that individuals had made, and I remember reading it again and again.” Another, a volume from an encyclopedia series called “The Book of Knowledge,” included epic poetic tales such as Homer’s “Odyssey” and “The Rime of the Ancient Mariner.”  Carter said these gifts, and the adventures they described, inspired her to seek experiences that involved science and exploration. 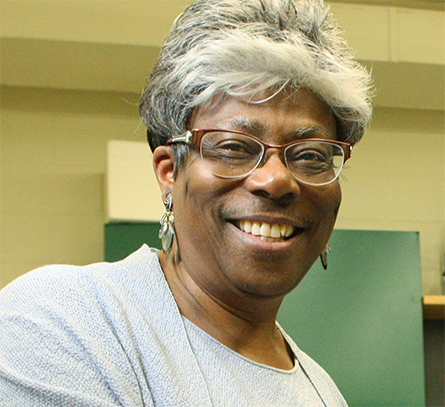 Courtesy of Carol Carter
Carol Carter’s lab did seminal research in the quest for antiviral therapeutics for HIV.

Now a professor at Stony Brook University Renaissance School of Medicine, a distinguished retrovirologist and an inventor herself, Carter has, over the years, developed an understanding of the host–pathogen interactions for measles virus; reovirus; influenza virus; and the human immunodeficiency virus, or HIV, the retrovirus that causes AIDS.

The HIV epidemic shook the world in the 1980s. A National Institutes of Health researcher and AIDS activist, Nava Sarver, who later became chief of the NIH branch for AIDS research, encouraged Carter to switch from investigating reovirus to the study of retroviruses. The scientific community was struggling to understand how to treat HIV.

“There was no vaccine,” Carter said. “The field had just started to identify antivirals against viral proteins, but the virus would quickly develop resistance to the available drugs.”

About a decade later, during an NIH address to retrovirologists, Carter remembers the spokesperson saying, “You need to think about ways that the virus won’t accrue resistance to drugs so quickly.”

Carter and other researchers then started to design strategies to target cellular proteins that the virus used — as opposed to viral proteins the virus encoded — as potential antiviral targets.

Using the yeast two-hybrid screening assay (a procedure that then was being developed by Stan Fields and his collaborators at Stony Brook and is now universally employed) along with cell-based assays, graduate students Beth Agresta, Lynn VerPlank and Arthur (Jay) Goff, along with postdoctoral fellow Fadila Bouamr and Lorna Ehrlich, and undergraduate Tracy La Grassa, discovered that a cellular protein called Tsg101, which normally escorts ubiquitinated cellular proteins to degradative compartments, interacted with the HIV protein Gag, which is critical for HIV replication.

Researchers in the Carter lab and others found that HIV uses Tsg101, a compotent of ESCRT (endosomal sorting complex required for transport) machinery to reach the cell periphery so it can release its progeny to the extracellular environment rather than undergo degradation. This was the first evidence of a host–pathogen interaction exploited to enable the virus to escape the normal cellular outcome, and it opened new avenues for development of antiviral therapeutics. The labs’ breakthrough research was published in 2001, and a description of potential antiviral therapeutics based on the role of the Tsg101 interaction with ubiquitin in virus production was published in 2017.

Carter’s lab now is invested in discovering molecules that could interfere with HIV’s life cycle without disrupting human cellular functions. Some of these are effective against other viruses that require Tsg101.

Carter believes intriguing parallels can be drawn between HIV, which causes AIDS, and SARS-CoV-2, which causes COVID-19, for better understanding of how viruses behave, even though the two viruses are completely different. She’s impressed at how quickly and cooperatively the scientific community has combined expertise to mobilize resources to fight COVID-19. 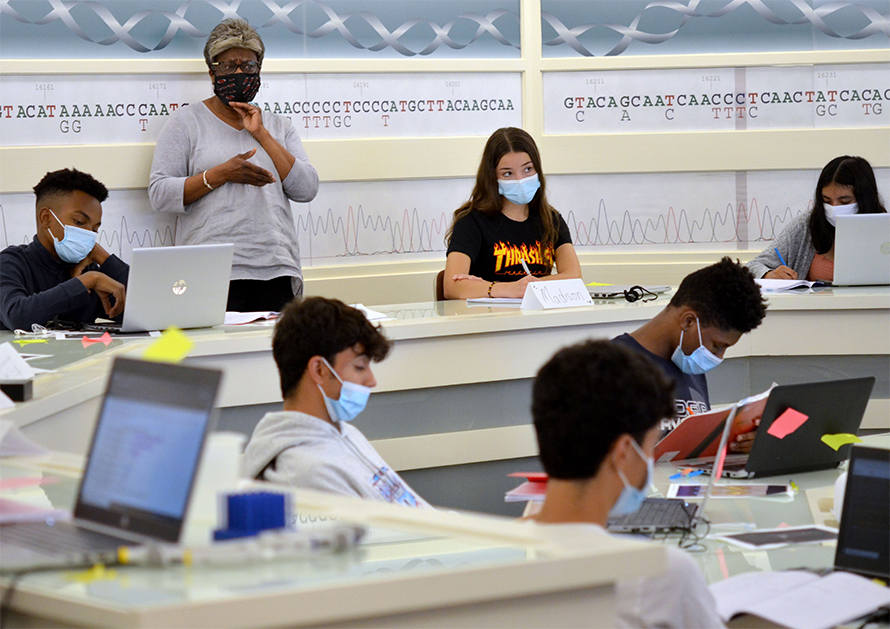 Carter feels immense gratitude to all those who supported her in her academic journey. As an undergraduate at the City College of New York, she participated in a work-study program with James Organ, a biology professor who studied salamander behavior and reproduction. That was her first lab experience, and Organ introduced her to other faculty members in the biology department. Carter got to know her college teachers as people and learned how to interact with them with confidence, she said.

As a graduate student at Yale University, Carter said, she was mentored by three amazing people: her thesis adviser, Francis Black, who introduced her to his peers who were eminent virologists; Black’s research associate Ann Schluederberg, one of the few female scientists at the time at Yale; and Black’s technician Dorothy Davis, an African American woman who was one of the very few double minority researchers then at Yale. Davis shared many of Carter’s life experiences and contributed to making Black’s laboratory a uniquely nurturing environment.

“So, between the three of them, I was in a great environment,” Carter said, “and you have to ascribe that to luck.”

Carter is a strong advocate for mentorship and has conducted workshops and training activities for high school students, undergraduates, grad students and postdocs. “When I interact with students, I encourage them to be open-minded and curious,” she said.

This curiosity can open up new career paths, given the right mentorship, she said, and she advises young scientists not to be hesitant about engaging on diverse topics and asking questions.

A few years ago, with the idea of promoting STEM education among high school students from groups that are underrepresented in health sciences professions (as defined by the National Science Foundation), Carter partnered with Jason Williams, a Stony Brook alum and now assistant director for external collaborations at the Cold Spring Harbor DNA Learning Center, to launch the Science, Technology and Research Scholars, or STARS, camp. Learning Center instructor Brittany Johnson and faculty and staff from Cold Spring Harbor and Stony Brook offer students diverse mentoring opportunities for career development.

“Our intention was to arouse curiosity about science generally and to expand the pipeline of students who ultimately engage in professions linked to it,” Carter said.

Now about to begin its fourth year, the STARS camp provides state-of-the-art, hands-on, wet and dry laboratory experiences as well as academic and nonacademic mentoring.

The power of partnership

Over the years, Carter has engaged with researchers from different fields whose varied ideas have helped her answer many scientific questions. One of her favorite works, published in 2001, was the result of a collaboration with Suzanne Scarlata, a biophysicist.

When the two met at a university committee meeting, Carter’s work on the ability of recombinant HIV capsid proteins to self-assemble intrigued Scarlata, and Scarlata’s understanding of biophysical measurements of protein–protein interactions fascinated Carter. Together with physical chemists using static and dynamic light-scattering experiments, they demonstrated that capsid protein sensing of environmental pH and salt triggered its self-assembly and conformational changes.

“These aspects would have never occurred to me, since my training was virology and molecular genetics,” Carter said.

While she’s had a successful and pioneering career, Carter has had moments she describes as “not so fun,” especially with early-stage rejections in grant applications. Now, having enjoyed continuous funding for Tsg101 studies for the past 20 years, she advises younger scientists “to not let setbacks discourage you from trying new or different directions.”

When not in the lab analysing data or writing grants, Carter enjoys beach walking, reading mystery stories, solving jigsaw puzzles and trying new recipes. Cooking is like an adventure, she said. “When you don’t know what the outcome is going to be, it’s exciting — just like an experiment.”

So, what drives her ongoing experimentation with viruses? “The fact that we know so little of them still, the fact that as viruses evolve, we evolve with them,” Carter said. “They challenge you and your system every day, and that’s really fascinating.”