When Benjamin Garcia was introduced to mass spectrometry as an undergraduate researcher in Carlito Lebrilla’s lab at the University of California, Davis, he thought it was an “interesting and useful analytical technique,” he said. Little did he guess the central role it would play throughout his research career. 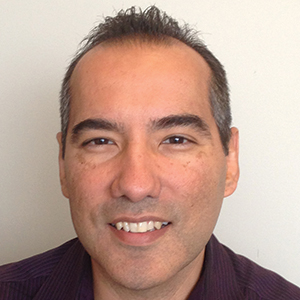 “Lebrilla was an amazing mentor,” Garcia said. “Despite my limited knowledge in analytical chemistry, he treated me like a regular member of the group. I had the opportunity to collaborate with different researchers and meet future mentors. I enjoyed the scientific discovery process and decided to apply to graduate school.”

His timing could not have been better. In the early 2000s, the human genome just had been sequenced, and Garcia became interested in investigating the various proteins encoded by genes.

“Proteomics research was in its infancy, and MS opened up a lot of opportunities to explore the area,” he said. His interest in the subject led him to pursue doctoral research with Don Hunt at the University of Virginia.

Under the guidance of Hunt, whom he described as “brilliant and visionary,” Garcia studied tandem mass spectrometry of complex biological mixtures. By the time he earned his Ph.D. in chemistry in 2005, he was fully immersed in the field of proteomics.

“And after that, there was no looking back,” he said with a laugh.

Over the years, Garcia has established himself as a leader in mass spectrometry and proteomics. He serves on the editorial boards of several scientific journals, including Molecular & Cellular Proteomics, and has received numerous awards, including the Presidential Early Career Award for Scientists and Engineers.

Excited by the progress being made in large-scale omics, Garcia said he hopes scientists can apply their knowledge to eventually “reprogram a diseased epigenome” in various diseases.

Besides his regular responsibilities as a professor at the University of Pennsylvania, Garcia develops programs that support diversity and underrepresented minority scientists at the university. As the leader of a large and productive research group, he believes mentorship is a key aspect of scientific discovery.

“As a PI, the most enriching experience has been training and mentoring researchers from different walks of life,” he said.

Benjamin Garcia’s research group has developed novel methodologies for MS analysis of histones for application in post-translational modifications and systems epigenetics. Their most recent approach shows promise in the analysis of isolated histones from human clinical samples. Advantages over standard proteomics experiments include its quicker sample run time and improved quantification.

The group’s findings will help identify several epigenetic targets. The long-term goal is to treat diseases with histone-modifying enzymes or targeted small-molecule inhibitors.