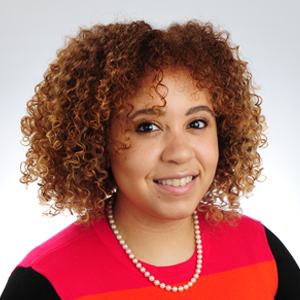 Ronald R. Breaker of the Howard Hughes Medical Institute and Yale University, has won the 2016 American Society for Biochemistry and Molecular Biology–Merck Award. The award recognizes outstanding contributions to research in biochemistry and molecular biology. 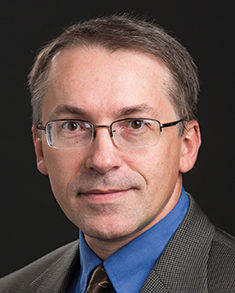 “The scope of noncoding RNAs is vast, and it is so rewarding to work with a research team that brings many skills to bear. Our explorations require approaches ranging from bioinformatics and genetics to biochemistry and synthetic chemistry — which would exceed the abilities of any one person.” — Ronald R. Breaker

Breaker has done pivotal work establishing the importance of ligand-binding RNAs in biology. He discovered and characterized more than 30 natural allosteric RNAs, called riboswitches, and showed that they demonstrate complex behavior, melding cooperative binding, dual ligand binding and intrinsic catalytic activity. In addition, he engineered the first examples of RNA switches and enzymes made of DNA. His group’s development of key bioinformatics tools also paved the way for the discovery of numerous functional noncoding RNAs that are essential for bacterial survival.

In his letter nominating Breaker for the award, Thomas Pollard at Yale recounted Breaker’s many discoveries, including riboswitches. “Breaker and his co-workers independently discovered and studied 24 of the 25 classes of metabolite-binding riboswitches reported to date,” Pollard said. Riboswitches are regulatory segments of a messenger RNA molecule that have the ability to bind a small molecule, thereby changing the expression of the protein encoded by the mRNA.

As a result of selective binding to small molecules like co-enzymes, amino acids and ions, riboswitches control the expression of many key metabolic genes in all types of organisms.

Breaker and his group not only discovered riboswitches but identified that they are structurally complex and can function as cooperative or tandem “digital” switches, co-factor-mediated ribozymes and allosteric ribozymes. In addition, most riboswitches operate in the absence of proteins and as a result played a role in how our early ancestors were able to regulate complex biological processes prior to the evolution of proteins.

Before the discovery of riboswitches, the Breaker group used directed evolution to create the first examples of engineered RNA switches and catalytic DNAs. As a result of his work, a field of RNA switch engineering has emerged, and the switches now are used as biosensors and as designer gene control elements in synthetic biology experiments. Their creation of the first catalytic DNAs led to the discovery that enzymes made of DNA or RNA can exploit cofactors to increase their catalytic power just like protein enzymes. This work validated DNA as the third natural polymer with enzymatic activity.

Breaker’s work has established that riboswitches are in bacterial pathogens and can serve as antibacterial drug targets. His work also has established theoretical speed limits for various catalytic strategies by proteins, RNAs and DNAs. According to Pollard, “These studies using biochemical and molecular biological methods by Ron Breaker and his colleagues vastly expanded our appreciation of the versatility of noncoding RNAs in biology.”

Breaker has a bachelor’s degree in biology with a chemistry minor from the University of Wisconsin, Stevens Point, and a Ph.D. in biochemistry from Purdue University. He is a Howard Hughes Medical Institute investigator, and his honors include election to the National Academy of Sciences and the Eli Lilly Award from the American Society of Microbiology. He holds several patents for his discovery of riboswitches and methods for their use as well as nucleic acid catalysts.

Nicole Parker is completing her Ph.D. in biochemistry and molecular biology at the Johns Hopkins School of Public Health.