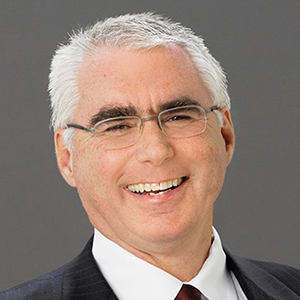 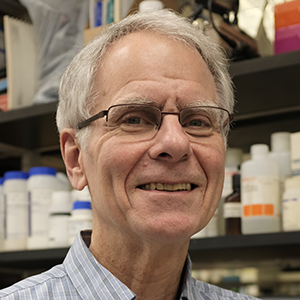 The passing of Marilyn Farquhar on Nov. 23 brought to a close a long and inspiring career in cell biology. She rightly ranks among the pioneers in her field and especially as a role model for women in science. 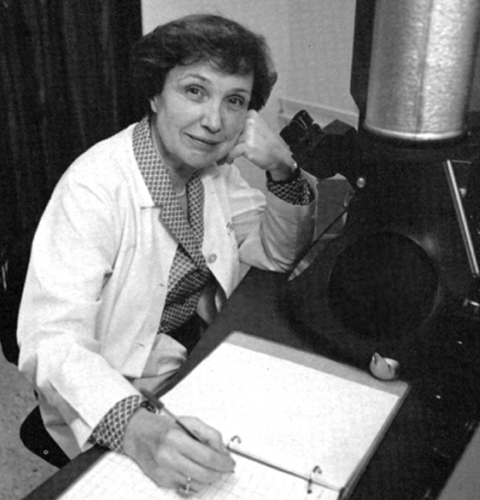 Rockefeller University Press
Marilyn Farquhar was an electron microscopy pioneer and a treasured mentor to generations of cell biologists.

We met Marilyn more than 50 years ago at the Rockefeller University when she was a visiting professor in George Palade’s lab. Marilyn had worked previously with Palade, and their early and classic insights into the organization of epithelial junctions, published in the period 1963-65, remain a staple in medical and cell biology textbooks to this day.

Here were characterized, in detailed resolution, tight junctions, intermediate junctions, and desmosomes, along with basement membranes that Marilyn was later to study in detail, especially in the kidney glomerulus. These are the defining feature of all epithelia in our bodies.

At Rockefeller in 1969, Marilyn was part of an amazing group of colleagues that included David Sabatini, Günter Blobel, Phil Siekevitz, Jim Jamieson and David Luck. Marilyn and George had close interactions with Christian De Duve and his group, located in the same building at Rockefeller. Collectively, the pioneers’ focus was on deciphering mechanistically the workings of the cell, especially its membrane-bounded organelles, which often were being seen and studied for the first time.

Marilyn came for her sabbatical at Rockefeller from her lab in the department of experimental pathology at the University of California, San Francisco. Shortly after she arrived, a paper from her work at UCSF was published that conceptually unified and showed in intricate detail the structures that captivated the Palade and De Duve labs.

She was clearly among the standard setters in a department and institution loaded with scientific talent. Furthermore, because she was both friendly and easily approachable, she enriched the scientific environment of numerous students and colleagues and a host of collaborators. She married George Palade in 1970, and her sabbatical at Rockefeller turned into an extended transcontinental migration. Together, they moved to Yale School of Medicine in 1973, where she became the Sterling professor of cell biology. At Yale, she was a major force in shaping the new section of cell biology that ultimately became the department of cell biology. As she continued to make contributions in discovery research, she also developed a modern cell biology course that became a valued component of the medical school curriculum.

At Rockefeller and at Yale, Marilyn and George were close friends and colleagues of visiting Romanian scientists Nicolae and Maya Simionescu, and they strongly encouraged Nicolae and Maya, who were pioneers in bringing modern cell biology to Romania. Marilyn and George were honored guests at the inauguration of the Institute of Cell Biology and Pathology in Bucharest, celebrated in 1979 with an international symposium featuring giants in the field, all of whom were Marilyn’s close friends and colleagues. 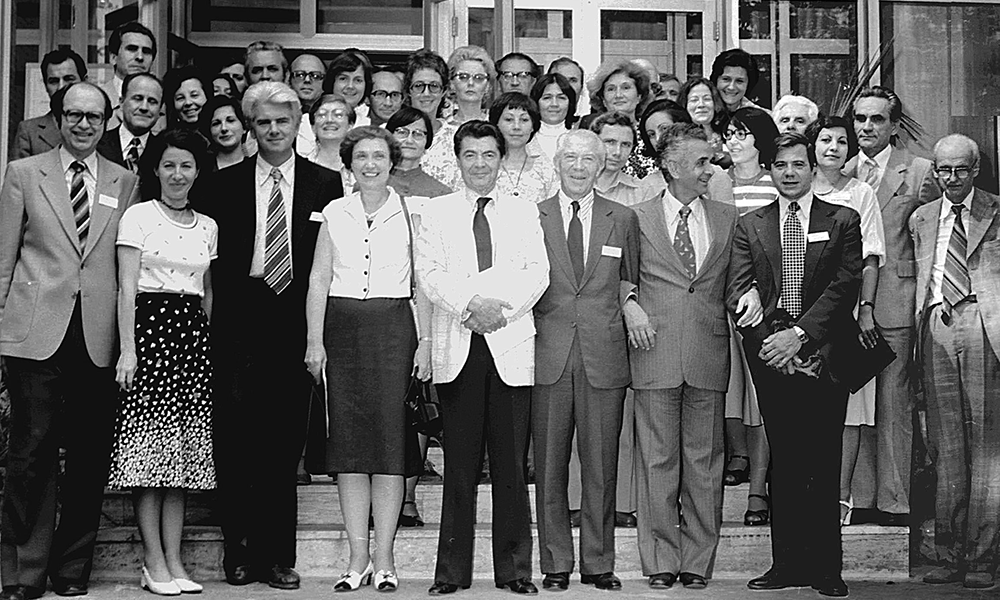 We continue to appreciate Marilyn’s early contributions to understanding the developmental regulation of leukocyte granulogenesis and granule turnover in endocrine cells by lysosomal degradation. She made numerous contributions to unraveling the intricacies of the Golgi apparatus, including biogenesis, sorting and recycling. Her discoveries on the biogenesis of glomerular basement membranes included the classic definition of the role of associated proteoglycans in regulating glomerular filtration. She and her colleagues clarified the organization, trafficking, signaling and pathological roles of podocalyxin and megalin in renal podocytes and proximal tubule cells. 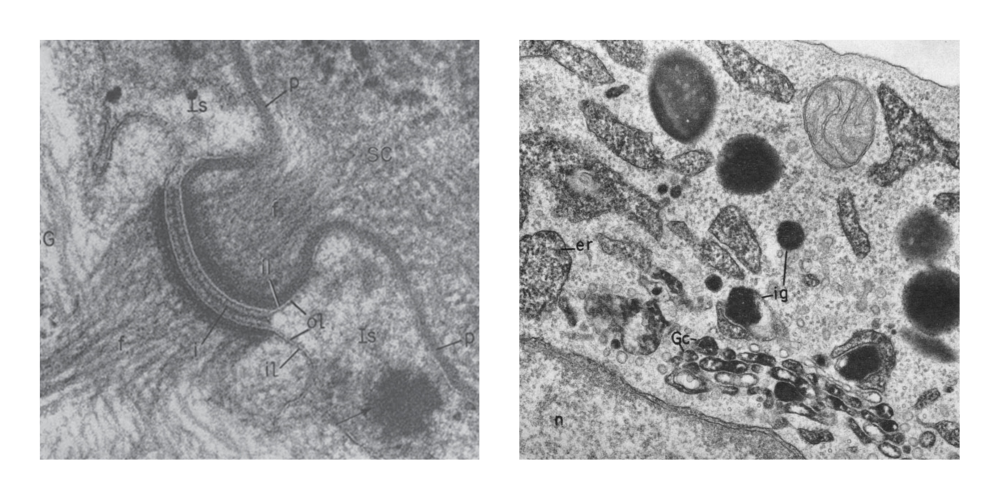 As time progressed, Marilyn became a major force in exploring the roles of G protein-coupled receptors, growth factor receptors and associated regulatory complexes in intracellular membrane trafficking. As with the work of all great scientists, the approaches employed by Marilyn’s laboratory evolved with the times. She maintained her creative use of electron microscopy as a signature experimental tool throughout her career. 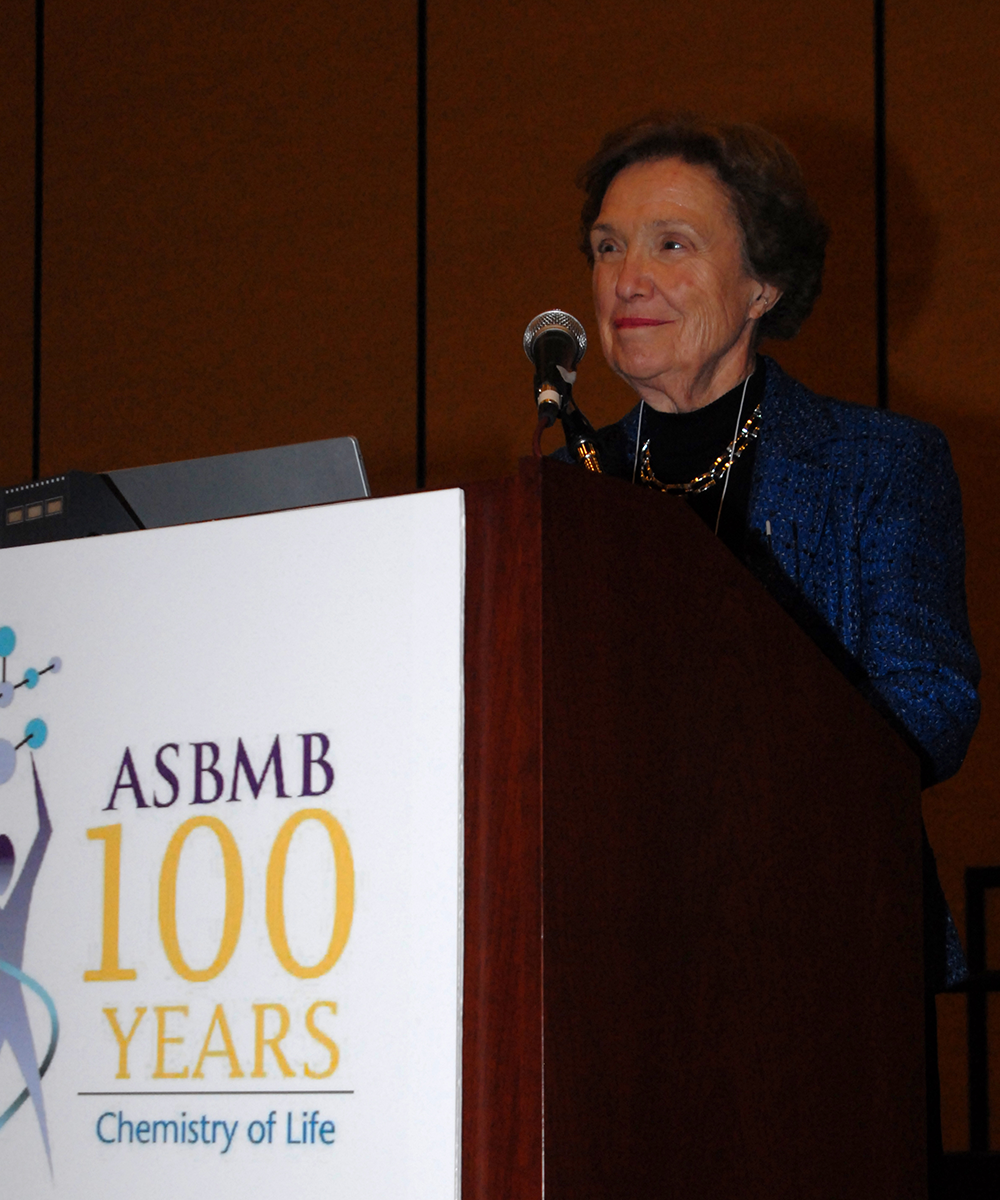 Marilyn followed the accomplishments of her trainees and colleagues, including us, with eager interest and always with encouragement. We remember her ready smile and cheerful disposition. Her memory provides enduring inspiration to all of us who had the good fortune to follow the beauty and impact of her discoveries.

John Bergeron is emeritus Robert Reford professor and a professor of medicine at McGill University.

David Castle is a professor emeritus of cell biology at the University of Virginia School of Medicine.