When Koushik Muralidharan was 6 years old, his mother suffered from recurring migraines. She sought relief from many doctors, to no avail. Finally, a neurologist at Columbia Medical Center diagnosed her with a brain aneurysm at high risk of rupture and recommended endovascular coiling, now a routine treatment option but experimental at the time. After the procedure, Muralidharan’s mother recovered completely. 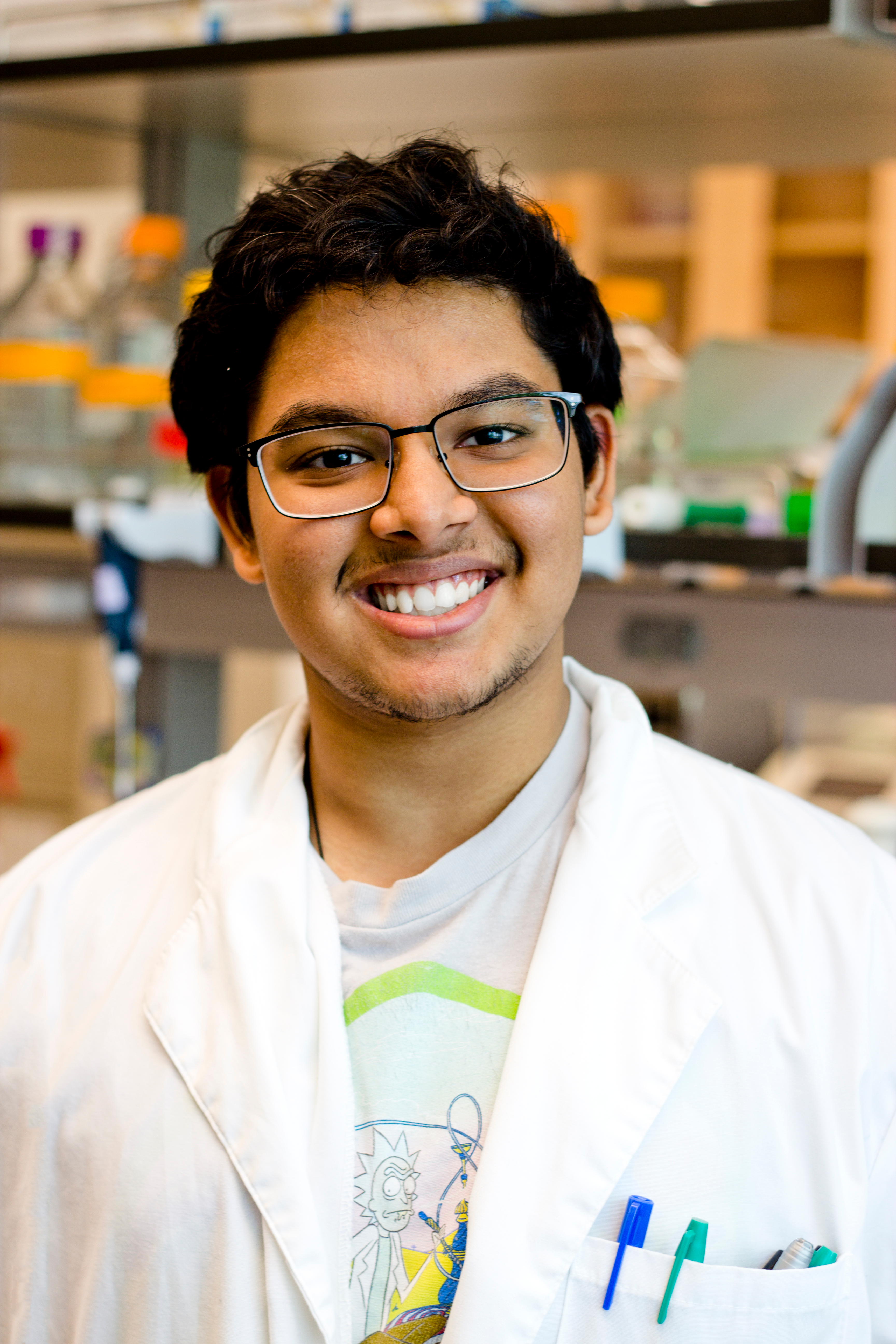 With many motivational pep talks on the power of cutting-edge medicine, Muralidharan’s parents kept this event alive in his mind. With this and his interest in how science can help people, it’s no surprise that at  Monmouth University he was “pre-med from day 1,” he said.

His research career started just two days later when Muralidharan went to work in the lab of Martin Hicks, whom he had met at an honor college event. The Hicks lab studies the treatment of glioblastoma through RNA therapeutics. One project involved the alteration of vascular endothelial growth factor receptor 2, or VEGFR2, splicing pattern to create a soluble decoy of the protein. Muralidharan’s first task was to clone a mini reporter that would indicate VEGRF2 splicing changes through a change in fluorescence.

The Hick lab’s philosophy is that research only can be learned by doing. Muralidharan spent a year failing to clone this mini construct despite trying almost every possible cloning approach.

In his second year in the lab, Muralidharan reassessed his approach. After reading literature and discussing the problem with his research mentor, he decided to bypass the minireporter and focus on designing and executing RNA anti-sense therapies. He felt apprehensive when it came time to clone his vectors, he said, but everything worked, and he was able to show their effect in mammalian cells.

As the faculty advisor of the Mormount American Society for Biochemistry and Molecular Biology Student Chapter, Hicks encouraged Muralidharan to get involved. In his fourth year as a member, Muralidharan was elected the chapter’s president. He learned a lot about what it takes to sustain a vibrant undergraduate research environment through social and professional events such as student and faculty research symposia, outreach programs and an annual pancake social for all the members from the school of science.

As a Student Chapter president, he learned the importance of communicating with the college administration for events that use lab facilities. When he and his team planned an all-day cell-culture workshop for local high-schoolers, they had to get approval from the lab supervisors, departmental chiefs, the school of science and the student activities board. With all the necessary approvals secured, the high-school students rotated through four stations to practice lab safety and skills such as counting cells, passaging cells and immunostaining. To streamline future events, Muralidharan and his team developed a pipeline for approvals.