When leaders choose self-interest over science, the consequences are deadly

The Trump administration has declared victory over the COVID-19 pandemic, choosing a political strategy of ignoring the risk to human life posed by the virus so that the president might have a better shot at re-election. 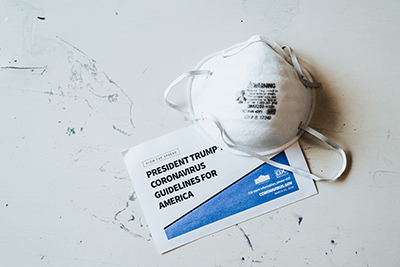 This dangerous self-interest is exemplified by the Trump campaign’s refusal to follow the Centers for Disease Control and Prevention’s recommendations on social distancing and mask wearing at its rally in Oklahoma on Saturday and in Vice President Mike Pence’s inexplicable op-ed in the Wall Street Journal telling Americans that “we are winning the fight against the invisible enemy.”

This administration has sidelined public health and disease experts, ignored the pleas of doctors and nurses, and, caught up in a conspiracy theory circulated by conservative media, even gotten a peer-reviewed grant revoked.

The result? America was late to adopt a testing protocol that could have helped us track and slow the spread of the virus. Medical workers have lacked supplies. And, in the absence of federal leadership, state and local officials have jockeyed for scarce resources.

Today, America leads the world in COVID-19 cases and deaths. We also lead the world in unproven and dangerous medical recommendations by our political leaders.

Early on, the administration created the White House Coronavirus Task Force and put Pence in charge. Experts, including infectious disease specialist Dr. Anthony Fauci, were on the task force and briefed the American people daily. They provided valuable information about how the virus spreads and can be contained and about scientific and therapeutic findings. Fauci was the public face of the scientific community, making it easier for the public to trust and follow experts’ recommendations.

As the public need for information increased the viewership of these briefings, their focus shifted. Americans saw the death toll rising, economy failing and unemployment exploding, but Trump saw his poll numbers dropping. He spent more time at the podium (taking up 60% of speaking time at the task force briefings) to tout unsubstantiated treatments and attack those who disagreed with him. While doctors talked about the sacrifices that would need to be made to “flatten the curve,” the president offered a more positive prognosis for political purposes.

The task force, which is slated to brief the public today for the first time in two months, is said to now meet only once or twice a week. Fauci has said he hasn’t spoken with the president in weeks.

Meanwhile, in nearly half of the country, governors have followed Trump’s lead and enacted a reopening schedule that doesn’t conform to CDC guidelines. Unsurprisingly, there have been spikes of cases and deaths. Experts now say the rushed reopening resulted in the first wave of infection not dropping as much as it could have and, contrary to Pence’s claims, that a second wave is increasingly likely.

Now that virus-containment efforts, which had been working, have been abandoned, our only hope is herd immunity. Achieving herd immunity would require upwards of 70% of the country to have survived the virus and developed natural immunity to it or have been vaccinated against it. While scientists are confident a vaccine will be possible, most don’t think one will be ready by the fall, as the president has suggested.

But Trump’s political desires have proved more important than sound science in the past, and few seem willing to stand up to him. He repeatedly promoted the use of hydroxychloroquine, later found to do more harm than good, as leaders sharing the stage stayed mum. National Institutes of Health Director Francis Collins didn’t stand up to Trump when he, in jingoistic fashion, pushed for a grant to be revoked because the researchers at one point had worked with scientists in China. How can we be certain Food and Drug Administration Director Stephen Hahn won’t fold under pressure when it comes to a vaccine?

And what if a vaccine is elusive? Assuming infection confers natural immunity — it’s still too soon to say for certain or how long it lasts — that means the administration is willing to sacrifice between 1.1 million and 2.3 million Americans (most of them black and brown) to COVID-19, based upon the current fatality rate ranging between 0.5% and 1%.

It’s impossible to predict if the president’s strategy of ignoring the pandemic will help him win reelection. But America will lose if he continues to ignore the science.