“Worst-case scenario” is what I call a grim little mind game I play to ward off catastrophe. As the name implies, I try to think of the worst thing that could happen in a given situation. Because I have imagined it, I reason, it can’t possibly happen. This system has been pretty effective. When one of my children was out late and I imagined a horrific car crash, it never happened. On the flip side, the sudden death of my father from a pulmonary embolism was something I had never thought about. Likewise, airplanes flying into the World Trade Center and a global pandemic. 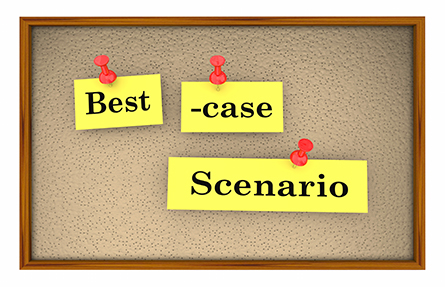 Infectious disease experts have said they knew it was only a matter of time before we were hit hard by a new virus, but I was caught off guard. Even last spring, when the world was closing down, I had a hard time believing it was all true. Like most white, well-off people who have lived their whole lives in the United States, I never had experienced an event that required me to restructure my life on such a sweeping scale.

About a year ago, when we were just getting used to what everyone had started to call “the new normal,” a couple of writers submitted essays to ASBMB Today suggesting that changes wrought by the pandemic might have a positive effect. As our lives were turned upside down, we suddenly could see the cobwebs under the furniture, not to mention cracks in the floor. And that led some of us to wonder if we needed all the bric-a-brac (literal and metaphorical) that surrounds us — and if our foundation was as solid as we always had assumed.

This was almost the opposite of my worst-case scenario game. We were living in the worst case, and our new existence was showing us the clutter and the weak spots in our fine old ways of doing business. So now, in this upside-down world, we could imagine something new and better once we took our masks off, ditched the hand sanitizer and went back to school/work/life in the world.

In this case, I’d like to see some of the scenarios play out.

In our reimagining issue, we present a dozen glimpses of how science and academia might change for the better. These proposals range from vast systemic upheaval to tweaks in individual mindset. As you read, I encourage you to look at your own life over the past 16 months for clues to a reimagined future.