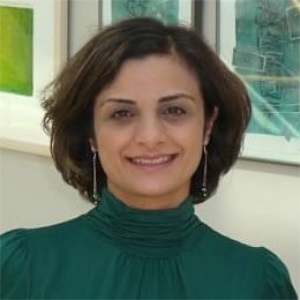 On Jan. 27, President Donald J. Trump issued his first executive order on immigration that temporarily suspended the admission of refugees and barred citizens from seven countries that are predominantly Muslim — Iraq, Iran, Syria, Somalia, Sudan, Libya and Yemen — from entering the U.S. on any visa. I felt outraged and frustrated. I am Muslim. I am also a Palestinian refugee who immigrated to the U.S. I fear that the American dream is fading away for many young immigrants with the enforcement of executive orders of this kind.

In August 1996, my mother received a call from the U.S. Embassy in Damascus, Syria. She was being notified that the I-130 application “Petition for Alien Relative” had been accepted by U.S. Immigration and Naturalization Service. The petition had been filed by her mother, my grandmother, who was a U.S. citizen. My mother was instructed to report to the embassy for an interview as a necessary last step for approval of her immigrant visa application.

The immigration process took a total of 10 years, from the initial filing in 1986 until acceptance in 1996. During that decade, several application forms were filled out, and legal documents, such as birth certificates, marital papers, bank records, employer records and education certificates, were obtained. Family photographs and even utility bills were presented. Medical examinations were performed. Fees were paid. All these things were done to satisfy the requirements of the I-130 application.

My mother, my two younger sisters and I set out for the interview at the U.S. Embassy in Damascus. Unfortunately, my eldest sister was not part of the immigration process, since she was no longer recognized as a child by the time our petition was approved. At the end of the interview, the consular officer granted us acceptance and a visa for travel to the U.S. within six months. I was one month from losing my status as a child according to the criteria of the INS. My parents scrambled to make all the travel arrangements so that my mother, my two younger sisters and I could immigrate to the U.S. before I turned 21.

Upon our arrival at the John F. Kennedy airport, we were escorted to the INS office, where my mother handed a sealed envelope given to us by the U.S. consular official in Syria to the official in the room. I felt my mother’s sense of apprehension and relief as she extended the envelope she had clutched to her chest tightly during the 12-hour trip from Beirut to JFK, afraid that she would lose it or that it would disappear into thin air before the final interview, which would dictate the fate of a decadelong process and her children’s future.

When the INS official finally stamped a temporary green-card visa seal on our passports, granting us entry to the U.S. as lawful permanent residents, my mother’s eyes filled with tears. She realized her children would have a more hopeful path than her own in a dreamland called America.

My mother and father’s families were expelled from their homes in northern Palestine during the 1948 Palestinian exodus. My mother’s family became refugees in Syria, and my father’s family sought refuge in Lebanon. Both families knew extreme poverty and struggle. As children, my parents worked in farms and factories to help their families survive the hardships they faced after being forced to abandon their homes and start from scratch in foreign lands. My parents got married in 1970 and settled in Lebanon. But in 1975, the country began to witness 18 long years of war.

My maternal uncle, who is a medical doctor, was the first to immigrate to the U.S. Various family members, including us, followed. In 2001, my mother, my sisters and I took an oath of allegiance to the U.S. and became American citizens. Later that year, we filed I-130 petitions to bring my older sister and father to the U.S.

Worried about the future

My sisters and I now live in various parts of the U.S. with our own families. I am married to a Korean-American whose family immigrated to the U.S. when he was 2-years-old. My husband and I are both accomplished scientists with jobs in biotechnology. This country granted me the opportunity to live in a place free of war and turmoil and focus on obtaining a Ph.D. in biochemistry and co-authoring 26 peer-reviewed scientific articles. We have two beautiful daughters, who are half Palestinian-American and half Korean-American, which is a rare mix that one would find only in a society like the U.S. with such diverse cultural, racial and religious backgrounds. We believe that our family is an example of the American dream and that ours is the story shared by millions of immigrants who helped make this country into what it is today.

On March 6, Trump revised the travel ban to remove Iraq from the list of countries. He claims the necessity of this travel ban on the grounds of protecting the country from a flood of dangerous terrorists. This claim has not been supported by facts. No terrorist attacks have been committed on U.S. soil by nationals of the seven affected countries since 1975, and the ban ignores the rigorous process of vetting applicants for visas by U.S. Citizenship and Immigration Services.

Trump’s initiative also ignores the facts demonstrating the productivity and contributions of immigrants to the U.S. workforce. Analysis of the U.S. Census Bureau data between 2010 and 2013 by the Pew Charitable Trusts demonstrates that immigrants make up 13 percent of the population and 17 percent of the workforce. A report by the National Science Foundation states that 18 percent of all scientists and engineers in the U.S. in 2013 were originally immigrants. Of these foreign-born scientists, 63 percent were naturalized U.S. citizens, 22 percent were permanent residents and 15 percent were holders of temporary visas. Additionally, 57 percent of these immigrants were born in Asia; 6 percent were born in Africa. These are the two continents harboring the seven countries named in the first travel ban.

The NSF also reports that immigrant scientists and engineers were more likely to earn postbaccalaureate degrees in 2013 than were U.S. citizens who were born in the U.S., Puerto Rico or another U.S. territory or born abroad to U.S.-citizen parents. In fact, six of the 2016 American Nobel laureates are immigrants. The president of the Association of American Universities, Mary Sue Coleman, estimated 17,000 students from the seven countries affected by the first travel ban currently study at American universities.

If the travel ban is implemented, many sectors of the American economy are expected to suffer. In fact, many life scientists, including myself, view Trump’s actions as destructive to the foundations of academic and scientific institutions. Trump’s discriminatory travel order threatens the paradigm of open, free and timely global scientific exchange and decreases the effectiveness of development and innovation. The ability of foreign researchers in the U.S. to travel abroad to attend scientific meetings and conferences will be restricted, as will the ability of foreign scientists to attend scientific meetings or visit scientific institutions in the U.S. Such executive orders also greatly will impede the global recruitment of scientific talent and, ultimately, reduce American scientific competitiveness on the world stage. A failure to sustain an influx of international talent combined with a decrease in expenditure in life-science research and development, which the U.S. has been witnessing since 1999, implies a grim prospect for the future of science and engineering in this country. Our scientific prominence must not be bartered for short-term partisan gains.

To paraphrase the words of Beverly Gage in her Jan. 31 New York Times Magazine piece on the history of American resistance: It is time for all Americans to think about where they want history to go.

Lana Saleh is a staff scientist at New England Biolabs and a member of the ASBMB Minority Affairs Committee.