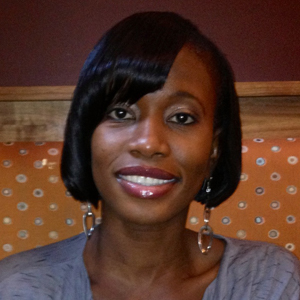 The brutalities that I witnessed during my youth in Sierra Leone could have propelled me toward a downward-spiraling path. My homeland was ravaged with violence and inhumane treatment as civil war broke out in 1999. Murder, rape and amputations were among the countless heinous crimes that I witnessed as an 11-year-old; these memories will haunt me forever.

Many families were torn apart. My family was not left unscathed by the violence, as my older sister was among the many girls who were kidnapped. After being raped and left to die, she somehow managed to survive but later developed a cardiac problem due to poor living conditions and unmet physiological needs. Witnessing such atrocity and my sister’s suffering, I knew even then that I wanted to become a medical doctor.

Through divine intervention and good fortune, the rest of my family escaped to Guinea and eventually relocated to Germany. The move uprooted me from all that I was accustomed to: Everything was alien to me. I had to face fresh challenges like language and culture, and I knew that in order to succeed in this new place, I had to adjust quickly. Though I was very young, I faced these obstacles squarely, learning the language within six months. Also, to better adapt to the German culture, I pushed myself to join a variety of extracurricular activities, including the basketball team, the track and field team, and the singing club.

After I graduated from high school with high academic standing, I continued nursing my passion to pursue a medical career by enrolling in a medical assistant program as well as interning at a private clinic. Unfortunately, I had to relocate again before I was able to complete the program.

In 2010, I enrolled at Long Island University to pursue my bachelor’s degree in biology and a minor in chemistry. During my junior year, I encountered some difficulties in one of my classes; nonetheless, I worked hard on a daily basis, because success is when a person fails and is able to bounce back up and do it again. My grade point average improved considerably the following year.

At LIU Brooklyn, I have been a member of the Minority Biomedical Research Support/Research Initiative for Scientific Enhancement, which enables me to conduct numerous research projects in various areas of study. The MBRS/RISE program is designed to target minority students who show an interest in biomedical research. My LIU research has been featured on the local television and in publications from New York to Africa.

I am working with my mentor, Dong Kwon, at my home institution. My role in that research project is to examine the effects of polyamines on β-lactam antibiotics in Pseudomonas aeruginosa, a gram-negative, opportunistic bacterium that causes severe nosocomial infections in healthcare settings. This is an ongoing project that will be published early this year, and I will continue experimenting during my senior year.

In addition, under the excellent mentorship of Lisa Shantz at the Penn State Milton S. Hershey Medical Center, I participated for 10 weeks in the 2012 Summer Undergraduate Research Intensive Program. My project entailed investigating the mammalian target of rapamycin, or mTOR, which plays an important role in cell proliferation and survival. Based on previous research, we hypothesized that mTOR is a useful target in the prevention and treatment of nonmelanoma skin cancer. My aim was to test the effects of another drug, called Torin-2. While rapamycin inhibits only mTORC1, Torin-2 can inhibit both mTORC1 and mTORC2. Therefore, I examined the effects of Torin-2, and through extensive research, our lab was able to make significant breakthroughs, which are in the process of being published.

My strong interest in medicine has directed me in eagerly pursuing a combined degree that will enable me to achieve my unshakable goals of practicing medicine and conducting research. The ability of the scientific world to discover and make progress through research experiments that eventually lead to the development of new treatments in vast areas of science has fortified my desire to pursue a career as a physician–scientist.

Though I’m a full-time student, I also have two jobs to support my family in Africa and maintain a decent life here in New York. I am working as a medical assistant and as a restaurant manager. Being a medical assistant at a private clinic and working at a research lab has made me appreciative of both medicine and biomedical research. Conducting office procedures and assisting the doctor as well as interacting with patients and performing research experiments has left within me a deeper desire to pursue the combined degree. I have acquired a deeper understanding of medicine through scientific discovery. Through this academic journey, I’ve learned that scientific research is bigger than just the lab; it’s about making your contribution to the world so that the people of tomorrow can live better lives.

All the trials and tribulations that I went through have made me stronger and have encouraged me to make a difference in the world.

Martha Lewis was an undergraduate at Long Island University Brooklyn when she wrote this article. 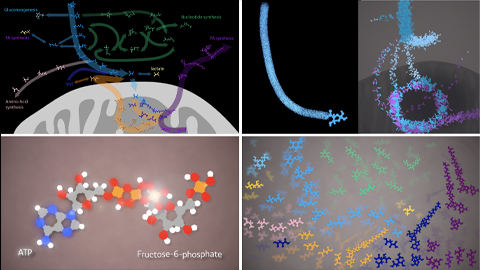 In a constant state of flux

While trying to create a visualization of metabolites&rsquo; dynamic journeys for researchers, the author inadvertently came up with a teaching tool for undergraduates. 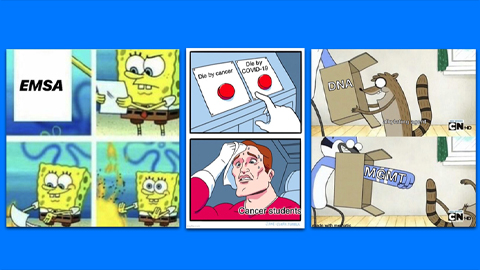 Building a scientific community one meme at a time

An image tying the ogre Shrek to a tumor suppressor kicked off an unexpected activity that kept students engaged with the subject matter and each other while taking classes online. 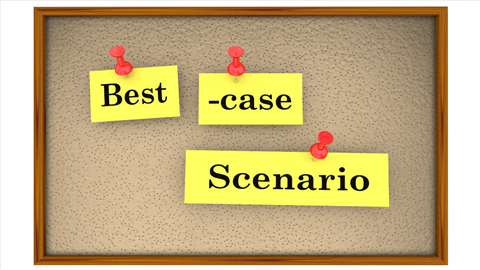 As the pandemic turned our lives upside down, we suddenly could see all the cobwebs under the furniture, not to mention cracks in the floor. 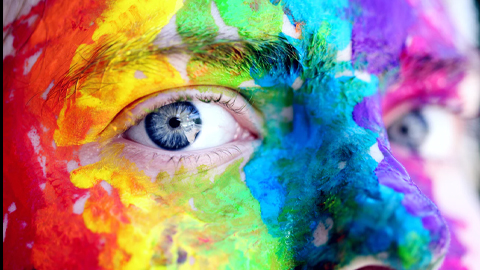 Being a queer scientist is an uphill battle for every inch. 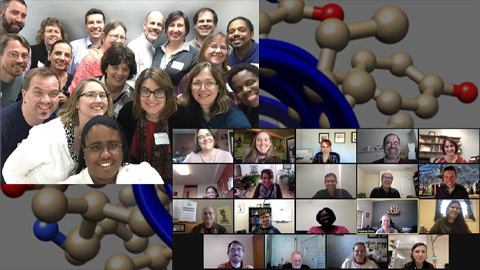 Can an engaging online workshop replace the in-person experience?

Members of BioMolViz, a group that promotes and assesses science students&rsquo; visual literacy, found that they could share information effectively in a virtual setting. Building community was more of a challenge. 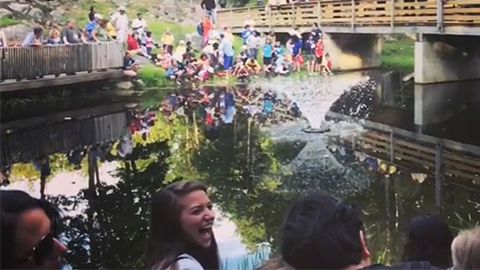 How a volunteer experience turned me into a lifelong blood donor

As a teen at Camp Sunshine, I learned that one pint can truly save someone’s life.