ASBMB Today Opinions My spouse and the mouse
Derailed But Undeterred

My spouse and the mouse 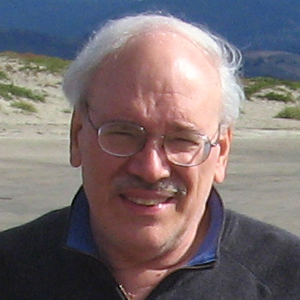 In my wife, it began at age 58 with pronouns. Linda began referring to our female pets as “he.” No big deal. We joked about it. But gradually more serious symptoms appeared — short-term memory loss, the inability to concentrate, confusion in social situations and finally hallucinations. She ultimately was diagnosed with Lewy body disease, a relative of Alzheimer’s disease with no cure. In the mouse, it begins at 12 months with memory loss. The mouse has reduced ability to learn and remember as measured by aversive T-maze testing. In this case, the mouse is the SAMP8 mouse, a spontaneous animal model for early memory loss, which is accompanied by Alzheimer’s diseaselike pathology. This memory loss has been characterized extensively by a group headed by my division director, John Morley, at the St. Louis VA Medical Center and St. Louis University School of Medicine. Unlike in humans, in the SAMP8 mouse there is a cure. The age-related memory loss is related to an increase in β-amyloid in the hippocampus. The Morley group showed that reducing the β-amyloid load by injection of a specific antisense oligonucleotide reversed the memory loss. Treated SAMP8 mice could now remember as well as normal mice.

My involvement with the SAMP8 mouse began in the summer of 2009, about the same time that Linda began to show neurological symptoms. The Morley group had performed a series of gene array experiments and needed a biochemist to interpret the results. That was me. My job was to analyze gene expression in the hippocampus of these mice. We were interested in the differences in SAMP8 mice and the effect of the oligonucleotide treatment. By the end of 2009, I was involved heavily in pathway analysis of the array data. At the same time, Linda’s symptoms were getting worse. I had the sinking feeling that I was involved with memory deficits at home as well as in the lab.

In early 2010, Linda was having more severe memory loss and hallucinations. A complete physical and neurological exam revealed nothing. Finally, a geriatric psychiatrist diagnosed her with Lewy body disease based on her symptoms and psychological testing. Suddenly, I became a consumer of the medical literature rather than a contributor. I did a PubMed search for “Lewy body.” From a biochemical standpoint, I found out that the protein implicated in Lewy body pathology is α-synuclein. Over-phosphorylation of serine 129 is implicated in α-synuclein aggregation and pathology. Very interesting. Now what about treatment and cures? With impatience, I skipped over all the animal models. This was unusual for me, as I had used animal models all my life in my research. I wanted human treatment and cures. The literature search revealed that there was none, only palliative care.

As things were getting worse at home, they were getting better in the lab. We found highly significant differences in the inositol phosphate signaling pathway, a pathway previously implicated in memory formation. The oligonucleotide treatment also produced significant changes in this pathway. These results suggested that modifying downstream targets of the inositol phosphate pathway might enhance memory in the SAMP8 mouse. This prediction since has been verified, with possible implications for targeted therapy. We had visions of papers and grants.

We presented the results of our SAMP8 studies at the international Alzheimer’s meeting in Honolulu in July 2010. My son flew in from out of town to stay with Linda while I was away. I was on a roller coaster of emotions. As a scientist, I was elated; as a husband, I was despondent. It felt strange to attend a scientific conference addressing a disease that was afflicting my wife. I divided my time between basic science sessions and sessions on caregiving. The setting in Honolulu captured my conflicted mood perfectly — human pathology inside the convention center and great natural beauty outside of it.

It has been three years now. Linda has been relatively stable. Her hallucinations are now well controlled by medication. Due to her condition, she cannot drive or work — huge losses. However, she still has her sense of humor and determination. Her days are taken up with occupational therapy, water aerobics and outings with friends. We travel frequently to visit our grandchildren. We enjoy each other one day at a time.

In the lab, we submitted several grants based on the gene array data. They were all the victims of falling paylines. The SAMP8 mouse is not a traditional model for Alzheimer’s disease, and oligonucleotide administration is not a typical treatment. It is not a good time for innovation. Personally, I retired in March 2012, partly to spend more time with Linda. I still come in to the office almost daily. I am working to get the SAMP8 array data published. It is important work, and, because of Linda’s condition, I have a personal interest in seeing it published.

What about the future? In the Hollywood ending, our research in the mouse would lead a cure for Linda. I don’t expect a Hollywood ending. To begin with, the SAMP8 mouse is not a model for Lewy body disease. The SAMP8 pathology is linked to β-amyloid, while Lewy body disease is linked to another protein — α-synuclein. But even if there is no Hollywood ending, being a biochemist gives me hope. I have hope that future medical research will develop an animal model of Lewy body disease that will be used to develop treatments — perhaps not for Linda, but for people down the road. I hope that our work on restoring memory in the SAMP8 mouse will contribute to that. But being a biochemist also gives me hope beyond that. To me, the marvelous life processes that we study point to a greater reality beyond us. I have hope that what cannot be made right in this world will one day be made right in the world beyond. And in that world, Linda will again use pronouns perfectly, and no mouse will have memory problems.

Harvey Armbrecht earned a B.S. in physics from Drexel University and a Ph.D. in biophysics from the University of Rochester Medical School. He is a research biochemist at the St. Louis VA Medical Center and professor emeritus in the Division of Geriatric Medicine and the Department of Biochemistry and Molecular Biology at St. Louis University School of Medicine. His major research interests have been age-related changes in calcium and vitamin-D metabolism. More recently he has been studying age-related memory loss in animal models. His current interests are in the biochemistry of aging and dementia and caregiving.

The uses of metabolic adversity
Wendy Knapp Pogozelski
Up the creek without a sequence?
Byron Rubin
Bridging the gap between research and treatment
Michelle Gumz
Medicine for emotions
Stefan Lukianov
Science prepared me for cancer treatments, but nothing prepared me for surviving
Jennifer L. Gooch
From a personal disease to a personal research project
Eleftherios P. Diamandis