ASBMB Today Opinions Derailed, deterred, got over it
Derailed But Undeterred

Derailed, deterred, got over it 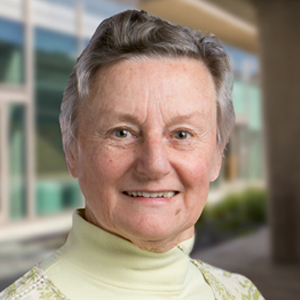 As an eldest child, and an eldest girl, I and my family always expected a great deal from me. I was a star student in my country high school but recognized that (of course) the kids from the big-city schools would outshine me by default at university. It came as somewhat of a surprise to find that I was among the best students in my class at the University of Sydney and that I enjoyed my courses and the whole science experience so much that it went without saying that I would go on to a higher degree. My path appeared seamless – after a degree in biochemistry, I switched to inorganic chemistry for a Ph.D. and thoroughly enjoyed myself, even though my experiments were difficult and the data were puzzling. At the end of my Ph.D., I put it all together in a most satisfying way, and I felt that a career in science was for me. For no better reason than that a postdoctoral position was offered to me, I changed fields again to work in a molecular biology lab.

I arrived at the Massachusetts Institute of Technology in Cambridge, Mass., in January 1977 to feet of snow, already a world away from the mild weather of Australia. The research involved a lot of wet-lab work, protein and tRNA preparation, which I found uncongenial. (If scientists are, as Robert Heinlein says, either “bottle washers or button sorters,” I incline more to the button-sorting end.) Nevertheless, I was able to win a fellowship from the Damon RunyonWalter Winchell Cancer Fund for this work.

As the months went by, the work became more and more frustrating. The problem was that my job was to repeat (and hopefully scale up) an observation made in the lab some time previously by someone else. The protocol was clearly established, I knew I was doing every step correctly, but I could not reproduce that result however hard I tried. There was no apparent reason why that result should not have been reproducible – so I blamed myself for missing something. I became depressed and frustrated, and about the only thing I was enjoying was a stint teaching classes as a teaching assistant, as the department at the time had a shortage of graduate students.

Finally, I decided that this scientific career just was not working. Not only was I all alone away from my family on the other side of the world, but nothing in my research was in any way interesting or rewarding or, it seemed, worth doing. I left my postdoctoral position, almost abruptly, and went back to Australia, intending to forget about a research career and focus on teaching. I was lucky enough to obtain exactly the position I wanted teaching freshman chemistry at the University of New South Wales in Sydney. Teaching occupied and rewarded me in a most satisfactory way for the next few years until finally I left to accompany my husband to California in 1984. Here, I have regenerated my research career completely, starting again as a postdoc and working my way up through the ranks to professor.

So what went wrong in the first postdoc? Primarily, I think I was low on confidence in myself. Moving from Australia to MIT was a bit like when I had moved from the country to university in Sydney: Big-time people and places must be better than me. Then, when the experiments didn’t work as expected, I blamed myself instead of stepping back and wondering if, just maybe, the original result was not what it seemed. (That actually turned out to be the case.) In hindsight, I think my decision to leave MIT and return to Australia (with no job waiting when I arrived) was the right one. I was very fed up and miserable, but I knew I was good at teaching and that this alternative pathway would be a good one for me. As it turned out, the interlude in Sydney greatly boosted my confidence and gave me the satisfying feeling that I was giving something back to a system that had invested heavily in my education.

By the time we moved to California, I had matured sufficiently to be able to give research another chance, and I always will be grateful for the opportunities given to me along the way. Another important factor, in hindsight, was the nature of the research work I was doing day to day. The tasks did not excite me, and I could see no pathway toward more congenial tasks. As a result of this experience, I am always very careful to watch those working for me to make sure they enjoy the type of work they are doing, and if not, I try to find something that will be better for them. I think it is important to emphasize to students that they need to enjoy what they are doing, especially in science, when even if you enjoy the work it may not be successful.

received a bachelor of science with honors and a Ph.D. from the University of Sydney and undertook a Damon Runyon–Walter Winchell postdoctoral fellowship at Massachusetts Institute of Technology. She was a faculty member in chemistry at the University of New South Wales from 1979 to 1984 before joining the Scripps Research Institute in 1984, where she is presently a professor. She received a Doctor of Science degree from the University of Sydney in 2009. Her research interests are in the conformation of peptides, protein folding and dynamics, and structure and functional studies of proteins, both folded and intrinsically disordered, using nuclear magnetic resonance and other spectroscopic techniques.