‘I’d have to build the rails first’ 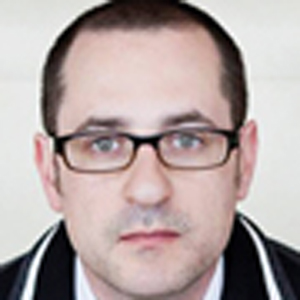 The title of this essay series, “Derailed but Undeterred,” gave me a few problems at first when it came time to write. When I think about a derailed career, it suggests a carefully thought-out plan gone awry. The trouble is, when I think back to those first few years out of grad school, a carefully thought-out plan isn’t one of the things I remember!

I had accepted a postdoc at The Scripps Research Institute and moved from London to La Jolla but without any clear idea of where that would take me in the long term, and once I was there it started to become clear that an academic research job wasn’t that appealing.

Getting involved with Scripps’ postdoc association kindled an existing interest in science policy, but how was a postdoc from the U.K. supposed to make that leap in the U.S.? Perhaps, rather than being derailed, my career was more like a train sitting in a field: In order to get anywhere, I’d have to build the rails first.

For U.S. citizens, science policy fellowships sponsored by scientific societies such as the American Association for the Advancement of Science or the American Society of Human Genetics offered the clearest path from the lab to Washington, D.C. These weren’t really an option if, like me, you were a foreigner.

Armed with useful advice from people like Peter Fiske, who specializes in helping Ph.D.s realize their career options, I understood that over the next few years I needed to gain the same sort of experience on my own. Now at the University of Kentucky, I was fortunate to work for a supportive principal investigator. In the same way that other postdocs worked on independent research that would open the door to faculty appointments, I set about building the resume I’d need to open doors into policy.

Writing for the technology publication Ars Technica taught me how to write about science for different audiences. Teaching science policy at the Patterson School on campus was invaluable for thinking about how to communicate science and science policy. Working with the National Postdoctoral Association, including a two-year stint on the board of directors, gave me actual policy experience and developed bureaucratic and organizational skills that I couldn’t get from the bench.

A little luck and a good professional network later, I found myself starting work in 2009 as a policy analyst at the National Human Genome Research Institute, one of the National Institutes of Health’s 27 institutes and centers and the organization behind the Human Genome Project. The past few years have involved working with some very smart and dedicated people in a very exciting area spanning the worlds of research and medicine. I may not have been able to predict this trajectory a decade ago, but it’s been a great journey.

Jonathan Gitlin is a science policy analyst within the Policy and Program Analysis Branch of the Office of the Director at the National Human Genome Research Institute. He received his bachelor of science in pharmacology from King’s College London and his Ph.D. in pharmacology from Imperial College London, following which he conducted research into cardiovascular disease at The Scripps Research Institute and the University of Kentucky. Gitlin is a contributing writer for the online publication Ars Technica and taught international science and technology policy at the University of Kentucky’s Patterson School of Diplomacy and International Commerce.