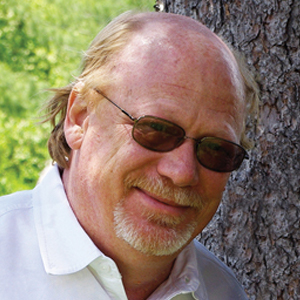 After 11 years in biomedical research, I tried teaching. I enrolled in an accelerated alternative-certification program in Connecticut. In my first job, I taught biology at Farmington High School. A few months into my new career, my 4-year-old daughter was diagnosed with cancer.

In November 1993, I took Hannah to the pediatrician because of a trivial complaint. During the routine exam, her doctor felt a mass in Hannah’s abdomen. The subsequent X-ray looked suspicious, so he recommended that Hannah have a sonogram at the university medical center.

The next day at school I got the call: a large abdominal tumor, either Wilm’s or neuroblastoma. Two days later, Hannah was hospitalized for the surgical biopsy. During the pre-op exam, they noticed a swelling at the base of her neck — the left supraclavicular lymph node was swollen — suggesting that the cancer had spread. The next day, Nov. 30 and my wife Susanna’s 40th birthday, we learned that Hannah had stage IV neuroblastoma and a 12.5 percent chance of survival. My wife choked, “Do you mean Hannah is going to die?” Many times during the next year, I also feared the worst.

So began Hannah’s ordeal of inpatient chemotherapy followed by the subsequent toxic effects: hair loss, fatigue, vomiting, fevers, transfusions and 10 days in isolation with shingles. Hannah also had her bone marrow “harvested,” purified (of tumor cells) and stored for a future bone-marrow transplant.

During the hospitalizations, my wife and I spent hours in the medical library researching neuroblastoma. One oncologist who kept coming up in our literature searches was Audrey Evans at the Children’s Hospital of Philadelphia. We had no idea that she would become the critical connection that saved Hannah’s life.

In April 1994, we took Hannah to Children’s Hospital in Los Angeles to have tumor surgery. We stayed for free at the deluxe Ronald McDonald House in Hollywood. The surgery, however, was unsuccessful. Because the tumor was wrapped around her aorta and kidney, it could not be completely removed without damaging the kidney.

Despondent, we returned home. A few weeks later came the miraculous connection. We were just sitting down to dinner when we got a call from Audrey Evans. She had heard about Hannah from Ed Rensi, then a vice president of McDonald’s. Rensi, while serving on the board of directors of Snap-On Tools, met my mother at the 1994 annual meeting. My mother told Rensi that Hannah had just returned from staying at the Los Angeles Ronald McDonald House. Rensi immediately called Evans.

Twenty-two years earlier, Rensi and Evans had worked closely together to launch the very first Ronald McDonald House. What a surreal experience to get that call from Evans, then considered the grand dame of neuroblastoma! She spoke warmly about the one surgeon who could remove Hannah’s tumor, Michael LaQuaglia. Evans said she wished that she could hire him away from Memorial Sloan-Kettering Cancer Center because he was such a good surgeon and a stellar human being.

Hannah had three more rounds of chemo that summer to further shrink the tumor. In early September, LaQuaglia’s team successfully removed all of her tumor during an 11 ½-hour surgery. LaQuaglia was surprisingly humble, a rarity among cancer doctors. He almost shrugged, saying, “It’s just what we do. We’re cancer gnomes.”

Even though the tumor had been removed from Hannah’s abdomen, there was still the possibility that cancer cells could be lurking elsewhere in her body. She needed a bone-marrow transplant to prevent a recurrence.

Hannah had bravely suffered the grueling surgery and months of poisonous chemotherapy, but the bone-marrow transplant was by far the worst ordeal. We arranged to have the transplant at Children’s Hospital in Cincinnati, because it had an excellent reputation and the people there were very interested in Hannah’s case. At the time, most children who received allogeneic transplants died, but Hannah’s doctors predicted much better results with an autologous transplant.

The term “bone marrow transplant” belies the horror of this cruel but effective treatment. First the patient is given a lethal dose of chemotherapy that obliterates her bone-marrow cells as well as her intestinal epithelia and mucous membranes. Then comes the “rescue,” so named because without the transplanted bone-marrow cells the patient dies. Thus, we spent another Thanksgiving week at a hospital. But this time we could actually give thanks, because Hannah truly was recovering.

Although her growth was delayed by the year of traumatic treatments, Hannah thrived. She returned to school and normal life, though scarred and wizened by her suffering. Hannah has been cancer-free for nearly 20 years now. She graduated from Bard’s College at Simon’s Rock in 2010, married her high-school sweetheart, Adam, in 2012, and is now expecting her first child, due in April.

A teacher’s schedule is better suited to raising a family than any other. We enjoyed many coincident vacations, especially in the summers. Teaching at the local high school meant that I eventually had both of my children as students in my chemistry class. We all successfully navigated this potentially loaded experience in our own ways: I fretted in anticipation, my son figured out how to hardly ever address me directly and Hannah naturally just kept calling me “Dad.”

I chose to tell each of my classes about Hannah and her cancer, and I am glad that I did. Often students would want to talk to me privately about a parent or relative who had cancer. Our culture celebrates individualism and devalues the community of sufferers. That community has enriched our lives in many ways. What redeems our suffering is the empathy that connects us to each other when we share our hurts.

Thomas E. Schindler earned a Ph.D. in immunology from the University of Illinois Medical Center in 1981. After a postdoctoral stint at Memorial Sloan-Kettering Cancer Center, he joined Xytronyx, a small biotech company in San Diego started by his graduate adviser, Peter Baram. He took a year off in 1992 to move back east and become a high-school science teacher. Since early retirement from full-time teaching in 2007, he has taught biology and microbiology in nearby community colleges. Now he is pursuing a new career: science writing. His first pieces have dealt with fascinating topics that he enjoyed relating to his students: buckyballs, prions, BEC and Archaea.