These K99/R00 awardees will receive individualized coaching and networking and presentation opportunities tailored to their needs.

The American Society for Biochemistry and Molecular Biology welcomed three more scholars to the society’s second cohort for the Maximizing Opportunities for Scientific and Academic Independent Careers, or MOSAIC, program.

In August 2020, the society received a cooperative agreement with the National Institutes of Health’s National Institute of General Medical Sciences to develop and execute a program that will support postdoctoral fellows and new investigators from diverse backgrounds embarking on careers at research-intensive institutions. (Read about the $1.27 million award here.)

In 2021, the society began working with 12 scholars. In 2022, it has gained another eight, and another set of participants are expected to join in the coming months.

Kirsten Block, the ASBMB’s director of education, professional development and outreach, is principal investigator for the program.

“I am so impressed by the members of this cohort. The first five announced in April, and now this new group, represent the future of the field and the ASBMB,” Block said. “I look forward to learning more about their research projects and introducing them to the ASBMB community at our annual meeting, Discover BMB, in Seattle next spring.” 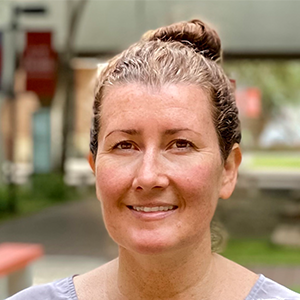 Archer is studying ion channels in the lab of James D. Stockand. She seeks to understand the mechanisms of ion channel regulation by their interactions with intracellular proteins and phospholipids.

“Our training so far has been to be good scientists — our research plans reflect that. I think (MOSAIC) will open our eyes to some opportunities and ideas and perspectives we may not otherwise have been exposed to,” she said. “I expect that the MOSAIC program will provide a path beyond the science to improve our confidence in moving forward and to learn how to utilize our growing professional network and skills to reach our desired tenure-track faculty positions. I believe that the guidance from this program will show me the tools to kick-start my research program in a good environment and effectively train our next generation of scientists.” 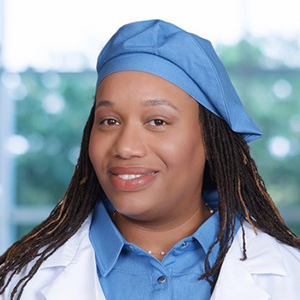 DurreShahwar “Durre” Muhammad is a native of Chicago. She earned her bachelor’s at the University of Illinois at Chicago and later became a research specialist there. She went on to earn her Ph.D. at North Carolina State University and now is a postdoctoral researcher at Rice University in Houston.

At Rice, Muhammad is working in the lab of Bonnie Bartel, where she’s studying the signals and pathways that govern peroxisome dynamics and communication with other organelles in Arabidopsis thaliana.

“It’s a true honor to be granted the NIH MOSAIC award. My network of colleagues outside of my specific area of research will expand, offering greater opportunities to collaborate on research and outreach. In addition, I look forward to the mentorship and training I will receive during the K99 phase that will prepare me for the R00 independent research phase,” she said. 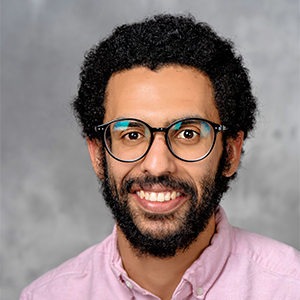 Ian Williamson grew up in Sunrise, Florida, part of the Miami metropolitan area. He earned his bachelor’s degree at the University of North Carolina at Chapel Hill, where he also competed in track and field. He stayed on at UNC as a lab technician and later earned his Ph.D. there. Today he’s a postdoctoral associate at Duke University School of Medicine.

At Duke, Williamson first joined the labs of John Rawls and Xiling Shen. Today he’s working in the lab of Rodger Liddle, where he’s studying enteric involvement in neurodegenerative disease.

“The NIH MOSAIC program will push me to the next level as a researcher and mentor by strengthening my foundation within the scientific community,” he said.

Read about Williamson’s MOSAIC project, “Quantifying enteric metabolism of branched-chain amino acids in relation to other dietary and microbiota nutrients.”