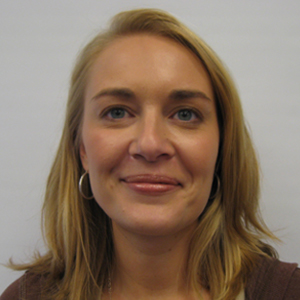 Crowdfunding can be a fun way to get the public engaged with your scientific research or outreach work, while raising some funds in the process. We reached out to science professionals experienced with crowdfunding to get their take on what makes for a successful project. The first part in this series is about selecting a suitable project and crowdfunding platform. Next week, we will focus on effective marketing and outreach strategies for crowdfunding campaigns.

As Jai Ranganathan, executive director of SciFund Challenge, points out in a video on the organization's website, crowdfunding is not "magic money." Don't expect to simply put up a project page on a crowdfunding website and sit back waiting for the pennies to start falling from the heavens. Crowdfunding requires careful planning and a concerted outreach effort.

One of the first steps in the process is to evaluate if your project is a good fit for crowdfunding. Consider why your work would be of interest to the general public and what specific component (e.g., materials, travel) could be funded this way.

An independent analysis of projects crowdfunded on the platform Experiment has revealed a number of factors for funding success. For example, the results suggest projects run by students and junior investigators and those of relatively small size are more likely to reach their funding targets.

In general, crowdfunding tends to work best when folks ask for small amounts for a very defined and specific project. This can be for materials for a research or outreach project or travel expenses for a sampling trip. It's also a potential way for early-career scientists to fund training-related expenses (e.g., conference travel, tuition).

Cindy Wu, co-founder of Experiment, said that many scientists have used crowdfunding to collect preliminary data for grant proposals. "If you can test a specific hypothesis with $4,000, Experiment might be a good use of your time," she said. As an example, she pointed to this project on why jumping spiders are so colorful, which has gone on to receive grant funding after some data collection was done using Experiment funds.

Another example of a project that meets suitability criteria is one recently posted on Experiment focused on deciphering the microbiome in aquaculture that causes mortality in the Hawaiian bobtail squid.

Scott Hamilton–Brehm, assistant professor at Southern Illinois University–Carbondale, is collaborating with undergraduate researchers in his lab to raise funds to support a summer research project.

As background, the Hawaiian bobtail squid often is used as a model organism for host–microbe interaction studies due to its symbiotic relationship with a singular photoluminescent bacterium stored in a special organ. This light source acts as a cloaking mechanism to protect the squid from predators at night. Researchers are interested in understanding how the squid is able to selectively harvest its symbiont within the light organ.

Normally, these squids survive just fine in a tank environment in the laboratory, but, in some cases, Scott's colleague has observed severe mortality incidents. He explains: "Dr. (Bethany) Rader had a mysterious event occur where the majority of her squid were becoming sick, yet everything she had been doing is the same all the years before. It made me wonder what the microbes were doing — or possibly they were sick too; not the one inside the squid, but, rather the ones that maintain the aquaculture."

Therefore, they started collecting tank aquaculture samples, and students have been performing the DNA sequencing and bioinformatic analyses to see what's going on. And, in fact, they have observed changes in the microbiome community between samples. More work is needed to continue the analyses, but there's a general lack of funding for side projects like these.

"A project like this asks a very real, hypothesis-driven question," he said, "but is not part of a larger proposal. It could be, but, without preliminary results, it will not get funded."

His team is hoping that the public will step in to support the continuation of this work.

There are a number of crowdfunding websites from which to choose. You must determine which fits your needs best.

Two of the most popular websites are Kickstarter and Indiegogo, both of which require a product or service to be offered to project backers. Experiment and MedStartr, meanwhile, are specifically designed to host scientific research and healthcare-related projects. Other platforms, such as GoFundMe, allow more flexibility in raising funds for personal use.

Some other factors to consider when picking a crowdfunding platform include the success rate of projects funded, fee structures and whether the site follows an "all-or-nothing" funding model. Additionally, you'll want to reach out to the website staff to get a sense of their willingness to work with project organizers and what support is offered.

If you are affiliated with an academic institution, also be sure to check with the appropriate offices (e.g., office of research, university foundation) to see if they offer any training workshops and/or host their own crowdfunding platforms. As examples, both the University of Tennessee-Knoxville and University of California, Berkeley, have crowdfunding sites. Your institution may have related crowdfunding rules and branding guidelines that should be followed as well.

I reached out to Sandlin Seguin, who has been involved with multiple successfully crowdfunded projects, to get some tips on designing an effective campaign. While she prefaced her advice with the caveat that there is "no fail-proof plan for success," she said it's best to develop a marketing strategy before launching the crowdfunding campaign. This includes having template materials (e.g., form emails, social-media posts) ready to go and assigning outreach tasks among your team members.

Sandlin also recommends generating buzz and making personal appeals to family and friends early on in the project timeline, so you can get some initial donors. "In the first week, we asked people to donate any amount to help us get the number of supporters up, and we got a lot of small donations," she said. "That helped to build the momentum, since a campaign with 20 backers looks more legitimate than one without any."

Another way to show credibility is to ask for endorsements from people who can attest to the validity of your project and your capability to carry out the work. The crowdfunding platform Experiment has this option built in and prominently displays endorsements on the project site.

Besides tapping into your personal networks, you need to have as many people as possible looking at your project. "For every 100 people that visit a project page, on average, one to two people take out their credit card to donate," Cindy Wu, co-founder of Experiment, said. "You can use that conversion rate to calculate how many pageviews a project will need to succeed."

Research conducted by the SciFund Challenge team resulted in a similar conversion rate. To break it down further, they calculated the following pageview stats from crowdfunding projects in their experiment: one view per tweet per 70 followers on Twitter; 1.7 views per email; and 92 views per press contact. Overall, they concluded the amount of funding correlates with the size of your crowd (i.e., total number of contributors) and how engaged they are.

Therefore, you'll need to decide which communication channels will work best to reach your target audiences and maximize the number of pageviews. As an example, Sandlin and her team timed the release of one crowdfunding campaign with the publication of a front-page newspaper article about their organization.

Another important consideration is engaging project backers in your work as much as possible., Sandlin suggests making the project site into "easy marketing material" that clearly explains the mission of your lab or organization and what the project is all about. This can include posting a short video or photographs that visually explain your work. Experiment also enables project organizers to add lab notes with status updates and supplementary info.

An additional way to engage and increase funding success is to offer perks to project backers. You can have different levels or packages of incentives based on the donation amount. Some ideas for perks include acknowledging donors on social media, hosting a lab tour, access to exclusive updates about the project, naming a lab animal or new species, or sending out personalized sci-artwork.

Get an early start

Jai Ranganathan, executive director of SciFund Challenge, emphasizes that public engagement needs to begin long before launching a crowdfunding campaign. "You need your crowd first before you can get funding," he explained in a video on the organization's website.

Jai mentions most people who donate do so because of their connection to the researcher, not the project. Thus, crowdfunding doesn't really work outside the context of long-term science outreach, which he compares to doing the base training required before competing in a marathon. This is why SciFund Challenge primarily supports scientists with their crowdfunding efforts through sci-comm training (e.g., creating science videos with a smartphone).

Ultimately, crowdfunding should not be viewed as a means to an end, but, instead, as another avenue to further engage the public in science. For example, Sandlin met people who were inspired to get more involved with their organization because they had helped out financially. Jai also sees crowdfunding itself as a way to reward researchers for their science-outreach efforts, because, in reality, there can be little professional incentives for doing so otherwise.

Donna Kridelbaugh is a communications consultant and founder of ScienceMentor.Me. Her mission is to create an online field guide to self-mentoring in science careers. She offers writing, editing and marketing services for early career professionals who are ready to advance their career to the next level. 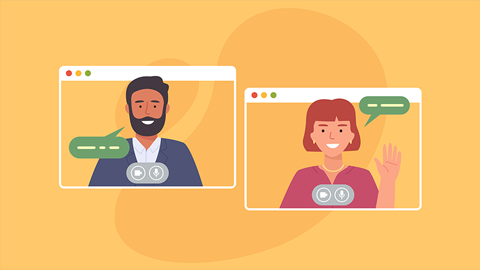 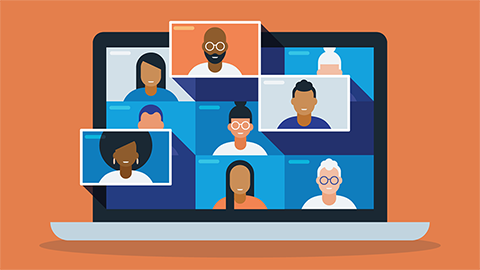 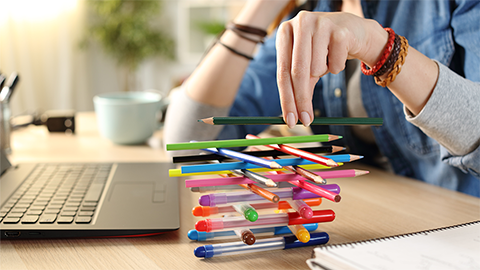 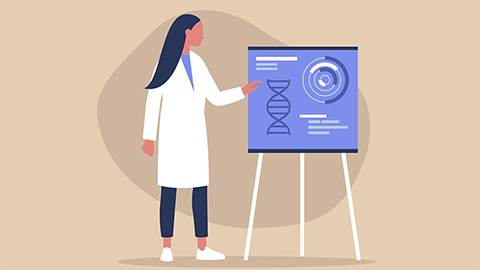