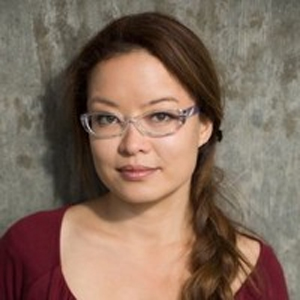 They've made it past the tight admissions competition, hustled their way to Santa Barbara, gotten situated with all the classes and have adapted admirably to campus life. But for undergraduate biology majors at the University of California, Santa Barbara, the work is just beginning. 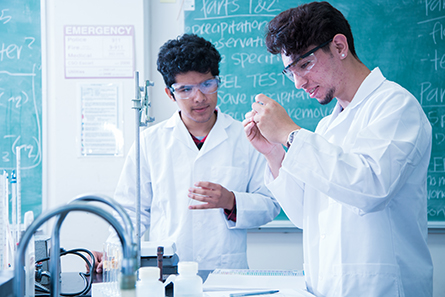 According to assistant teaching professor Mike Wilton, the second year is when many of these bright and hardworking students tend to falter in their majors as their coursework becomes more intense and specialized. The result? Discouraged students often change majors before the third year, and the world misses out on their potential scientific brilliance.

Well, not if Wilton has anything to do with it. As one of the minds behind an innovative student-to-student mentorship program called BIOME (which stands for Biology Mentoring and Engagement), he's seen first-year biology students on the verge of quitting blossom into eager scientists and seen third- and fourth-year students discover a love for teaching and a renewed vigor for their field of study.

The key to their turnarounds is the support they get from upper-division peer mentors, who have themselves just successfully run the gauntlet. "It seems to be a place of community where people can find mentorship, as well as a sense of belonging," said Wilton.

The proof is in the publication: In a paper in the journal CBE Life Sciences Education, results of an assessment of the BIOME program suggest that "course-based near-peer mentorship may be an effective and scalable approach that can promote student academic success."

"What I've noticed is that in their first two years of study, a lot of students struggle academically and then think maybe this is not the major for them," said Wilton, who teaches biology. "Something I've heard for the past six years from the students in their first and second year is that they feel like they're being weeded out."

Far from the typical winnowing of students as their coursework becomes more advanced and they discover other directions, this phenomenon tends to fall disproportionately on first-generation college students and other minoritized groups. These students, who have high interest in pursuing STEM degrees, often don't have established academic support structures, such as family members who attended college and can help them navigate academic difficulties.

"It's challenging," Wilton said. As the students move through their first two years on campus and are just getting used to life away from their homes and communities, they commonly feel like they're in too deep in their major. As a result, about half of UCSB biology majors leave the major prior to graduation, mirroring national trends; this is a blow not only to the students but to efforts to diversify the field.

Wilton, who came to UCSB in 2015, sought to stem this attrition from the biology major. With colleague Eduardo Gonzalez, he designed the BIOME seminar to be a valuable "how-to" study for rigorous STEM courses and for maintaining resiliency in the face of academic challenges faced by first-year biology students.

Key to this approach are the mentors, who at only about two years older than the lower-division students serve as models, helping the younger ones navigate the system to their success.

"Our best resource on this campus isn't just the view; it's the students," Wilton said. "They can actually help each other and mentor each other to succeed in these programs, which I think is amazing."

The proof? "We found that first-year students who enroll in the BIOME mentoring course come away with significantly higher grades cumulatively as well as in general chemistry — Chem 1A, a biology major prerequisite — relative to their peers that don't take this course," Wilton said. In addition, those same students are also twice as likely to enroll in the second prerequisite chemistry course, Chem 1B, a strong indication of their intention to stay in their major.

To build on that strong start, the BIOME program was recently awarded a three-year, $600,000 grant from the National Science Foundation to help build a similar student mentoring structure for the students completing the all-important second year, when things get considerably more challenging in academics and in real life.

"It's a huge transition," Wilton said. Second-years, he explained, are no longer in the freshman residence halls and are often making major changes in their housing situations. Add to that a steep increase in their course loads — almost double — including more specialized courses in chemistry, biology, physics and other STEM classes relevant to their field of study. The funding will support the hiring of mentors for that second year, according to Wilton, and the focus will be more about important soft skills, such as time management and study strategies, tailored to their heavier course loads.

The mentors benefit as well. Mentoring strengthens their own knowledge, confidence and creativity within their given fields, often propelling their own studies into honors classes. With the grant, mentors will also be paid, allowing more third- and fourth-years — particularly the ones who have to work — to devote time to mentorship without losing income.

What's perhaps most exciting for the program is that the NSF funding allows BIOME to expand to UC Irvine. Thus, this project is not only reaching more students but also enabling the research team behind it to assess whether peer mentorship works within other institutional contexts. As the programs progress, Wilton and colleagues will be able to study the effectiveness of the mentorship structure in greater, more causal detail, while also assisting students toward their goals in real-time.

This article first appeared in UC Santa Barbara's The Current and was republished with permission.

Sonia Fernandez is a science and technology writer at the University of California, Santa Barbara.