One way to use science expertise outside of academia is by working in science policy. Your knowledge can be put to use helping the government design and implement policy about issues including healthcare, drugs, research and the environment. Science knowledge is essential to making good policy.

There are jobs in science policy at the state, national and even international level. On the national level, there are policy specialists in all three branches of government (executive, legislative and judicial) and outside of government, such as at organizations such as think tanks.

To get an idea of what science policy work is like, I spoke with Anita Burgos about her job as a senior health policy adviser at the U.S. House of Representatives. 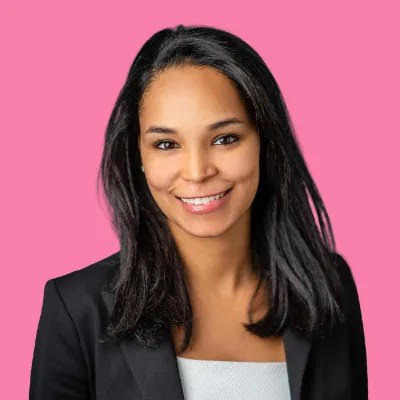 Courtesy of Anita Burgos
Anita Burgos is a senior health policy adviser for U.S. Rep. Robin Kelly, D-Ill. Before that she was a senior policy analyst for the Bipartisan Policy Center and before that was an American Association for the Advancement of Science fellow in the office of then-U.S. Sen. Tina Smith, D-Minn.

As a health policy adviser, Burgos gets to address issues that affect people every day. For example, one issue she and her team have been working hard at is improving maternal health. “For developed countries, we have the worst maternal health statistics. And if you’re a Black mother, you are three to four times more likely to die” than a white mother, Burgos said.

The core of the job

Burgos broke down her job into three main parts: writing bills and drafting policy, staffing and informing the member of Congress for whom she works, and having meetings.

Drafting policy: Burgos works with attorneys and staffers on committees with health jurisdiction to write proposed legislation and advance it through the lawmaking process. For example, she might work on writing draft legislation relating to the diversity of participants in National Institutes of Health clinical trials.

Staffing and informing: Burgos is the expert on healthcare in her lawmaker's office. She researches issues and then provides the representative with background information and an informed recommendation in the form on a short summary, briefing or memo.

Taking (lots of) meetings: On any given day, Burgos might meet with constituents, patient advocacy groups, physicians groups, pharmaceutical companies, community groups or any number of others trying to get their points heard. It’s part of understanding what people want and what issues need addressing. She might take a meeting alone or with the lawmaker, in which case her briefings beforehand would be essential.

Skills from a Ph.D.

A Ph.D. is not necessary for policy work, but it is common, though still not universal, in science policy. Burgos said that sees ways her own neuroscience Ph.D. has helped her. “It shapes who you are and the way you think. It gives you a BS detector,” Burgos said. Resilience and the ability to not get too emotionally derailed by setbacks with her projects is another skill she learned in her Ph.D. that is useful in the political world.

Learning to write for different audiences is an additional skill she learned in grad school, though she did enter her Ph.D. program with an undergraduate minor in creative writing in hand. Spoken communication seems to be a skill Burgos has honed through her career; when I ask her questions, she replies in clear, fully formed paragraphs — a skill I imagine is a strength in her job.

In addition to the softer skills, her science knowledge itself is certainly useful. Lawmakers know things “a mile wide and an inch deep,” Burgos said, so they don’t necessarily have the detailed expertise required to understand the nuances of scientific questions. For example, recently there was a discussion about drugs that are structurally similar to fentanyl and how they should be classified by the U.S. Drug Enforcement Agency. Burgos was able to use her chemistry knowledge to inform the discussion about how some compounds look similar but don’t necessarily function similarly chemically and how that might shape how they should be legally classified. Her Ph.D. training helps her when she does research like this, she said. “You can go in objectively and ask, ‘What’s going on here? What are the different explanations?’”

Path to the job

In the fourth year of her Ph.D. at Columbia University, Burgos began to question the track she was on. “It’s pretty commonly known that there is often some kind of crisis in the fourth year of your Ph.D.,” Burgos said. “I just realized that I was not so sure that academia was the right fit for me.”

She remained open-minded and curious about what else was out there. She attended an informational daylong annual event — “What can you be with a PhD” — that has sessions about all different kinds of jobs. That's where she learned about the American Association for the Advancement of Science's science policy fellowship. “I thought it was so cool. I didn’t realize I could do that and really make an impact. Back to back, I went to the Society for Neuroscience conference, and the AAAS fellows had a booth at the conference too.”

Seeing and talking to the fellows who were working in science policy in D.C. helped her realize that she, in a way, had been preparing for that career already. She’d already gone to Capitol Hill to advocate for science and loved the experience. She’d also founded a program while in grad school in which researchers give talks to the public about their science and lead lab tours. “The more I learned about the AAAS policy fellowship, the more I felt like they were describing me.”

She ended up applying for and getting the fellowship and worked in the U.S. Senate for a year. She found that she loved working in D.C. and in policy. So, after that, she stayed in D.C. and worked at the Bipartisan Policy Center, a think tank, for a year and a half. “People in Congress are busy all the time. They don't have time to just sit and think,” Burgos said of the role think tanks fill in policy creation. At the Bipartisan Policy Center, she worked at the intersection of academics and policy to dig deep and come up with ideas for mental health policy that could be implemented by Congress.

The best part of the job for Burgos is that she is really putting her knowledge to work and making a contribution to the country and world. The hardest part is how fast-paced and stressful it can be. “It can be hard to maintain work–life balance, and it can be draining, where even when you clock out your mind is still buzzing. It is all-consuming,” she said.

The ASBMB Advocacy Training Program is accepting applications through April 22. During the three-month externship, ATP delegates learn how to advocate and about conducting science policy in the federal government and Congress. With support from ASBMB public affairs staff, delegates then develop and execute an advocacy activity focused on policies affecting their communities. Need more time to submit your application? Email publicaffairs@asbmb.org to request an extension.