ASBMB Today Careers What is a project analyst?
Jobs

What is a project analyst?

An interview with Surya Sundar of Emergent BioSolutions

This week, I'm back with another industry career highlight. I talked with Surya Sundar, a project analyst for Emergent BioSolutions, about what his job entails and how he landed it.

Shortening the gap from bench to bedside

Sundar said he knew he wanted to pursue a career in science early on, but he wasn’t sure if he wanted to go into research or medicine. After shadowing a doctor in a pediatric intensive-care unit, he decided the research route was right for him, partially due to what he described as the limited tools at the disposal of the physician. 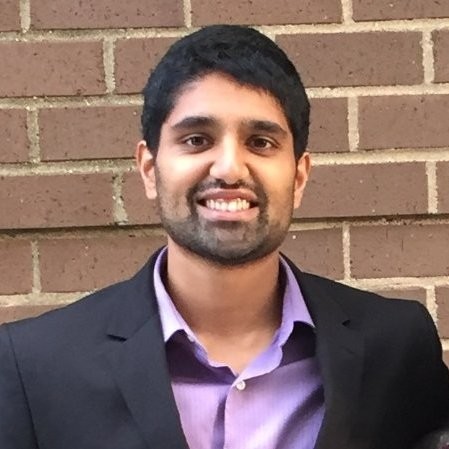 “Without a vaccine or therapeutic, (the physicians) could really only provide their infected patients with supportive care,” he said. “I realized I was more interested in the discovery side of figuring out how to get tools to physicians and patients to improve their outcomes.”

He earned his bachelor's degree from the College of William & Mary in Virginia and then went to University of Maryland, College Park, for his Ph.D. He decided to continue his training as a postdoc, first at the University of Maryland Institute for Bioscience and Biotechnology Research and then at the National Institutes of Health's National Cancer Institute (where he befriended Brandon Anjuwon–Foster, who was featured in earlier columns). He said that, while he enjoyed his research, he become more interested in the bench-to-bedside process.

“I realized there’s a lot going on in academia, but there weren’t many opportunities to bring technology from the labs into the market and that not many people were trained in doing that effectively,” he said.

He decided to make the switch into industry so that he could accomplish his goal of getting products, technologies and therapeutics to patients more efficiently.

Sundar is now a project analyst at Emergent BioSolutions, a biopharmaceutical company headquartered in Maryland. As a project analyst, he is responsible for helping to develop the funding strategies for the company's R&D programs.

He said he still does a lot of data analysis and reading, but the job is less scientific and more business- and relationship-oriented than those at the bench. Essentially, he tries to develop strategies that will help fund the company’s research projects. The more funding they can bring in from outside sources, the less risk the company take on if the project were to fail.

Sundar said it’s still a science-heavy position — because you need to know about the disease areas you’re working in, what competitors are doing, what technologies exist, and their advantages and disadvantages.

“Coming from a science background is an advantage because you’re already used to learning all the time,” he said. “The science is the harder part to learn, so you come in with that under your belt already.”

He started at this job about six weeks before everyone transitioned to remote work due to the COVID-19 pandemic, so, he said, he still isn’t sure what a "normal" day in the office would be like. The pandemic also brought new project opportunities and sense of urgency to the company to meet patients’ needs.

“I don’t really have a typical day,” he said. “I work to support all programs across the research enterprise, so my focus changes every couple of hours.”

He said he has a lot of variety in any given day, something that he has enjoyed. Coming from academia, he was used to juggling multiple projects and was nervous that he could get stuck on just one project in industry. But so far that hasn’t happened. However, one difference is the number of meetings.

“I thought there were a lot of meetings in academia, but it comes nowhere close to industry,” he says. “The pandemic has had a big impact on that though, since now we have to set up meetings for everything instead of just popping into someone’s office.”

He said another difference, this one a welcome change, is that he has better work–life balance than he did as a postdoc. Back then, he would typically spend eight to 10 hours in the lab and then do another hour or more of work in the evenings at home.

“There are still some nine- to 10-hour days, but no one expects you work extra unless there are looming milestones or deadlines,” Sundar said. “It’s nice to be able to have more flexibility.”

Salary is another big advantage. He said salaries for his position can range from $80,000 to $120,000, so, by transitioning from a postdoc into this role, he almost doubled his salary.

Sundar also likes that he gets to work on different diseases. In academia, he said, you tend to stick to a handful or one specific disease or pathogen. In his current role, he’s working on everything from anti-infectives to medical devices. The variety helps keep the job interesting, he said, and he’s always learning about new fields. He also said the potential for upward mobility is greater in industry.

“It’s easier to get promoted or get new experience, which is a big reason I left academia,” he said. “I really liked the research, but you can’t start your life or save for retirement.”

One potential disadvantage, Sundar said, is that in industry everything is value-driven. But, he said, it’s not accurate to say you can’t be creative.

In academia, you have more freedom to work on side experiments or projects. In industry, he said, you can’t jump too far from the path of company, but you can be creative within those confines.

He also said the pace is quicker in industry, and deadlines can come at you fast. This can be stressful but also can give you a stronger sense of progress compared with academia, which can operate on a slower timeline.

Preparing to be a project analyst

Sundar said that a lot of Ph.D.s and other researchers don’t have a good idea of what you can do with your degree in industry. There’s a lot more than just R&D work, and coming in with a science background gives you maneuverability to transition between different roles.

If you’re looking to enter into industry, Sundar suggested spending time outside of the lab, either taking classes to help prepare you for your new career or doing something to show your skills outside of research.

“When I was interviewing, not a single person asked me about the research I had spent the last nine years doing,” Sundar said. “Your interpersonal skills are more important, and that’s what they’re looking for.”

Because you don’t interact solely with other scientists in industry, it’s important to show you can communicate, lead and work well with others. (Teamwork! The big industry buzzword we keep coming across).

He recommended finding free courses to take online and even looking to resources like LinkedIn for free webinars or training modules. (More on where to find these types of classes in an upcoming article!)

“As far as classes go, anything related to finance or business will be helpful,” Sundar suggested. “At the end of the day, everything in industry is driven by money, so you need a basic understanding of business and financial terms.”

He also recommends a project-management course to learn buzzwords, and courses in regulation to understand how industry can push their products to market. Finding an accountability buddy can also help you stay on top of developing your soft skills or applying for jobs. In Sundar’s case, Anjuwon–Foster was his buddy.

As for timeline, make sure you allow time to prepare yourself for the career change. Sundar said it took him about a year, so starting sooner is better than later. Sundar also recommended asking for informational interviews with those already working in companies or positions you’re interested in.

“Don’t be afraid to reach out to people,” he said. “It can be a hard thing to start doing, but it will help you make new connections and figure out what you’re interested in.”

The network you build with these connections will be important. Sundar said he landed his current job through networking: He heard about the company and that it was expanding, and then he looked through the job descriptions. He said that most people he knows who have transitioned into industry have found their jobs through networking and recruiters. So don’t be afraid to reach out to people and make that first connection.

Overall, Sundar is happy in his new role and encourages others to look into the many job opportunities for Ph.D.s and other researchers in industry.

“Occasionally, I do miss the bench, but, overall, the pros outweigh the cons of being in industry,” Sundar said.

Stay tuned for more content about industry jobs and how to prepare for them!