President Joe Biden today signed into law the CHIPS and Science Act, which authorizes funding and policies to bolster American research and development and increase national science and technology competitiveness.

The act contains several provisions endorsed previously by the American Society for Biochemistry and Molecular Biology:

How we got here

It has taken a lot of effort to get the CHIPS and Science Act over the finish line.

In June 2021, as the U.S. experienced increasing inflation and supply-chain deficiencies and fell behind in R&D globally, the U.S. Senate responded by passing the United States Innovation and Competition Act of 2021, also known as USICA.

In February, the U.S. House passed its version of the bill, the America Creating Opportunities for Manufacturing, Pre-Eminence in Technology, and Economic Strength Act of 2022, called COMPETES for short.

COMPETES expanded on the science provisions in USICA with strong bipartisan input and engagement with stakeholders from the science, education and industrial sectors. It also significantly differed from USICA by including provisions related to clean energy and trade provisions.

At the time, U.S. Rep. Frank Lucas, R-Okla., the ranking member of the House Science Committee, said in a statement how much he opposed the COMPETES Act but called for consensus between Democrats and Republicans: “While there are many flaws in USICA, I believe that we had a good opportunity to find a consensus agreement through a formal House and Senate Conference.”

In March, the ASBMB published a statement detailing its position on the two versions and endorsed several provisions that remain largely intact in the CHIPS and Science Act.

In April, the bill entered a bicameral conferencing process, during which a conferencing committee of 107 lawmakers would negotiate the more than 1,000 differences between USICA and COMPETES. The ASBMB shared its statement with the offices of those members.

During the ASBMB’s annual Capitol Hill Day in May, the society’s Public Affairs Advisory Committee strongly advocated for provisions in USICA and COMPETES that would modernize the infrastructure of national labs, strengthen the bioeconomy, and support the next generation of scientists.

Over the summer, the legislation faced many negotiation hurdles and political attacks. Yet more pressure stemmed from looming deadlines to pass incentives for semiconductor manufacturing before companies set up shop internationally. Communication began to break down among congressional and conferencing leaders.

Once concerns emerged that Congress would strip the pro-science provisions in the U.S. competitiveness legislation to meet the semiconductor deadlines, Senate Majority Leader Chuck Schumer, D-N.Y., agreed to a “test vote” on July 19 to assess support for a bill that had semiconductor manufacturing incentives and the pro-science provisions that had been successfully negotiated. That version of the legislation was called CHIPS+.

After a successful test vote, the ASBMB called for passage in the Senate on July 25. Notably, the ASBMB was one of many other scientific stakeholders that demonstrated their support for CHIPS+ upon the rapid arrival of the bill in both chambers.

The Senate passed the final iteration — the CHIPS and Science Act — on July 27.

“This is one of the most significant long-term thinking bills we’ve passed in a very long time,” Schumer said after the Senate vote. “Our grandchildren will hold good paying jobs in industries we can’t even imagine because of what we are doing right now and we did it together, both sides cooperating in good faith, on some truly difficult issues.”

The House passed the legislation the next day, and President Joe Biden signed it into law today.

Sudip Parikh, chief executive officer of the American Association for the Advancement of Science, called the CHIPS and Science Act “one of the most important pieces of science and technology legislation in a generation” and “a down payment on our future” to ensure America remains a world leader in scientific discovery and innovation.

The scientific community played an important role in making the legislation a reality.

Sarina Neote, ASBMB’s director of public affairs, said: “The ASBMB applauds the work of congressional leadership and conferencing members who laid the groundwork for the (legislation). We also really appreciate all the time and effort our PAAC members have dedicated to advocating for the science workforce provisions in the final version of the bill. It’s important for scientists to make sure their voices are heard, and our committee members did exactly that.”

James Brown, executive director of the STEM Education Coalition, said in a statement: “Our future prosperity depends on our ability to lead the world in technology development, job creation in high demand technical fields, and our ability to train more Americans for the best, highest paying jobs in the global economy.  We are delighted that so many members of both parties in the U.S. Senate have come together behind this goal.”

The next hurdle will be actual follow-through on the funding authorizations agreed to in the act. The scientific community will be watching the negotiations for FY23 appropriations closely.

Mallory Smith earned her Ph.D. in biochemistry and molecular biology from the University of Kansas Medical Center and held a postdoc at the National Institutes of Health before joining ASBMB as a science policy manager. She is passionate about improving the STEM workforce pipeline, supporting early-career researchers, and advocating for basic science at the institutional, local and national level. 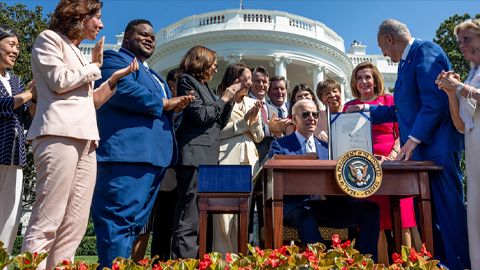 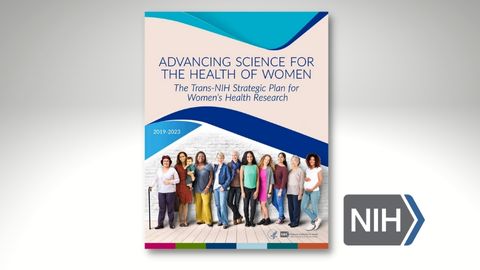