The American Society for Biochemistry and Molecular Biology submitted formal comments on July 16 to U.S. Reps. Diana DeGette, D-Colo., and Fred Upton, R-Mich., advocating for the Biden administration’s proposed Advanced Research Projects Agency for Health, called ARPA-H for short, to be independent from the National Institutes of Health and to be transparent with the scientific community about its research efforts.

As proposed, ARPA-H would be modeled on the Defense Advanced Research Projects Agency. Created in the late 1950s, DARPA has had many successes sprout from its research projects, such as stealth technology. microelectronics and the communications network that launched the internet.

President Joe Biden first called for the creation of ARPA-H in his address to a joint session of Congress in April. “It would have a singular purpose: to develop breakthroughs to prevent, detect and treat diseases like Alzheimer’s, diabetes and cancer,” Biden said. 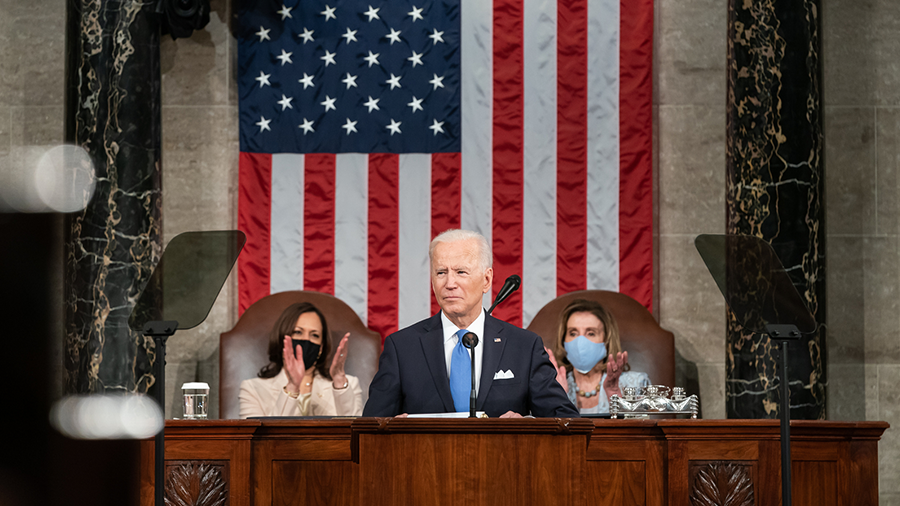 White House Flickr
President Joe Biden proposed a new semi-separate agency focused on significant health challenges during his first address to Congress in late April. In his remarks, he said the new entity would "have a singular purpose: to develop breakthroughs to prevent, detect, and treat diseases like Alzheimer’s, diabetes and cancer." He continued: "(S)o many of us have deceased sons, daughters and relatives who died of cancer.  I can think of no more worthy investment.  I know of nothing that is more bipartisan. ... It’s within our power to do it." Read his full remarks.

How ARPA-H would differ from other science agencies

The NIH and the National Science Foundation choose which research projects to fund through their peer-review processes. With the NIH’s budget limitations and the resulting intense competition for grants, the NIH is often viewed as risk averse when selecting projects to fund. 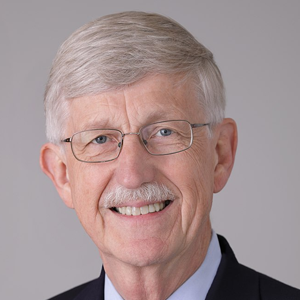 Francis S. Collins is director of the National Institutes of Health. 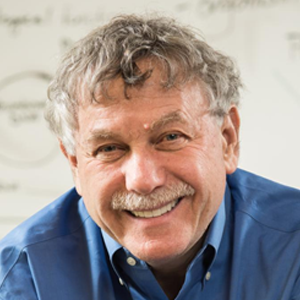 ARPA-H, however, would put its research proposals through a considerably shorter review process in which program managers would select projects to be funded. Theoretically, this would enable funding of high-risk, high-reward endeavors.

This point was made in a Science Magazine article published July 9 by NIH Director Francis S. Collins and White House Office of Science and Technology Policy Director Eric S. Lander. They wrote: “Whereas most NIH proposals are ‘curiosity-driven,’ these ideas (for ARPA-H) are largely ‘use-driven’ research — that is, research directed at solving a practical problem.”

The Biden administration has described the mission of ARPA-H this way: “To make pivotal investments in breakthrough technologies and broadly applicable platforms, capabilities, resources, and solutions that have the potential to transform important areas of medicine and health for the benefit of all patients and that cannot readily be accomplished through traditional research or activity.”

A key factor differentiating ARPA-H from other federal funding agencies is that there will be more variation in the length of projects funded; some projects will have significantly longer funding periods than what existing federal agencies offer.

ARPA-H's organizational structure, as currently proposed, would be flat, meaning middle management will be minimized. The purpose of having a flat structure is to allow the agency to make decisions quickly and pivot from one research project to the next easily.

As envisioned by the OSTP and the NIH, the culture of ARPA-H would value bold goals with big potential impact over incremental progress, and the organization would attract program managers from industry and leading universities.

ASBMB calls for ARPA-H to be independent and unique

While ARPA-H could lead to extraordinary scientific breakthroughs, the ASBMB argues that the agency must be independent and have unique research priorities that are not duplicative of other agencies’.

In comments submitted earlier this month to DeGette and Upton, the ASBMB provided a series of recommendations to ensure ARPA-H's success. 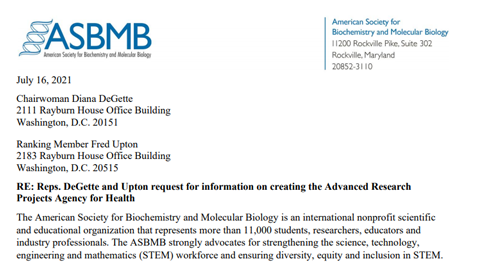 The ASBMB submitted formal comments on the proposed creation of ARPA-H. Read what we sent to U.S. Reps. Diana DeGette, D-Colo., and Fred Upton, R-Mich.

First, ARPA-H must be a lean, nimble agency that is primarily run by its program managers. This recommendation aligns with what has been proposed and is grounded in reports that emphasize these characteristics were key contributors to DARPA’s success.

Second, ARPA-H must have a clear strategic plan that outlines the agency’s research priorities for the next two years, the draft of which must be posted publicly for stakeholder input during the biennial review process. This process of drafting a strategic plan and soliciting feedback from the scientific community is similar what is done by DARPA and NIH.

Third, the ASBMB strongly urges policymakers to keep funding for ARPA-H separate from NIH funding. This will ensure that increases made to the NIH’s budget will support the vital research that NIH is already funding at its institutes.

Lastly, for any agency to be successful, it must have a diverse and inclusive work environment. ARPA-H must have a robust anti-harassment policy, must pay all employees equally for equivalent work and must prevent racial and gender inequities in the distribution of funding.