This evening, President Donald Trump will give his third State of the Union address before a joint session of Congress. The constitutionally mandated address usually serves as a preview of a president’s foreign and domestic policy agenda for the year ahead, and it often comes around the same time as the release of the president’s annual budget request. If past as prologue, the scientific community is likely to find Trump’s address disappointing.  While he has spoken more than 16,000 words in his previous three addresses, he has mentioned or referenced science only six times.

ASBMB Public Affairs Director Benjamin Corb talks about what President Donald Trump's State of the Union address will likely cover — and what he wishes it would cover. Listen or download.

Trump’s opinion of science has been reflected in his budget requests since taking office in January 2017.  Although the National Institutes of Health has received billions of dollars in increases during his administration, those increases came from Congress — and they came in spite of Trump’s calls to cut funding at the NIH and most other science-funding agencies in every single one of his budget requests. (When the president last month tried to take credit for the steady drop in cancer-related deaths in the United States, the fact-checkers were quick to point out that he’d asked for $4.5 billion in cuts from the NIH last year.)

Beyond funding, there are policy decisions that tell the story of this administration’s views of science and scientists.

No, we shouldn’t expect the president to make many references to science tonight, but that will not change our focus or determination to advocate on behalf of you.   We will continue to build bipartisan support in Congress and advocate for science in all parts of government. 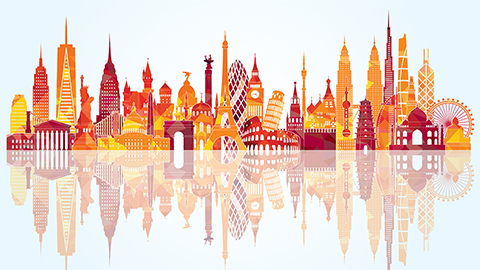 The travel ban is why I can’t be at the ASBMB annual meeting: An ASBMB travel award winner found himself the target of the travel ban.

Survey: 1 in 5 NIH workers were sexually harassed in past year

Young, nonbinary and bisexual employees were most likely to experience harassment.