The National Academy of Medicine has announced its new class of 100 members. National Academy of Medicine members are elected based on their professional achievements and commitment to service. Six of this year's new members are members of the American Society for Biochemistry and Molecular Biology: Ted Dawson, Hugh Hemmings, Charles Rice, Peter Tontonoz, JoAnn Trejo and Cynthia Wolberger. 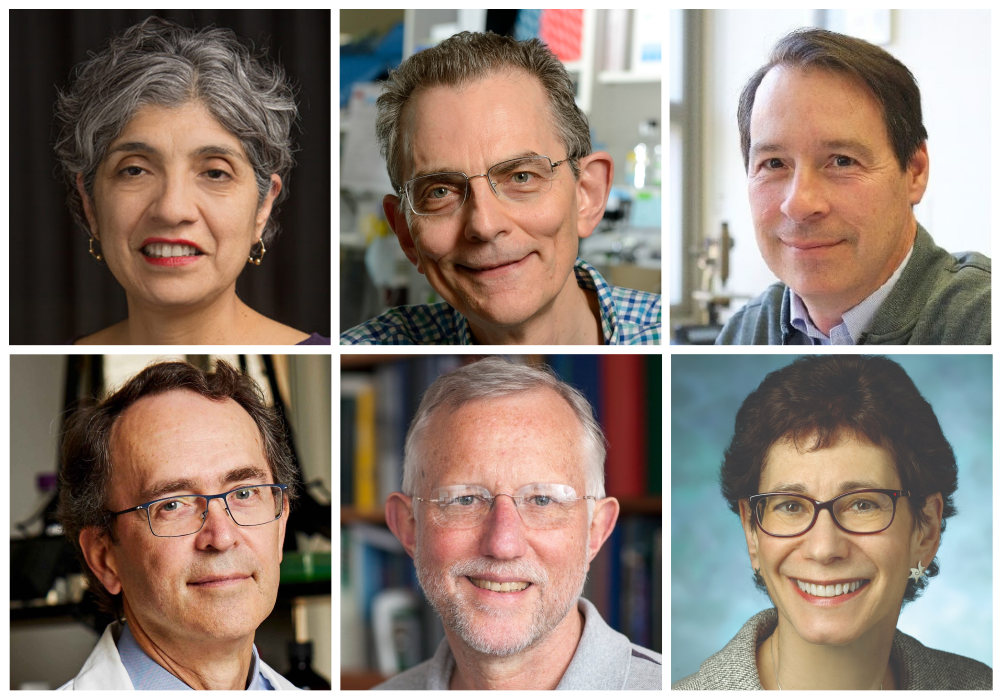 Ted Dawson is a professor of neurology, neuroscience and pharmacology at the Johns Hopkins University School of Medicine; he also directs the university’s institute for cell engineering. He was recognized for his studies of how neurons degenerate in Parkinson's disease and investigation of potential disease-modifying treatments. He is also known for his studies on how nitric oxide harms neurons after a stroke, which led to a better understanding of nitric oxide’s role as a neurotransmitter and of caspase-independent forms of programmed neuronal cell death. Dawson earned his M.D. at the University of Utah School of Medicine and his Ph.D. at Utah State University. He continued clinical training at the University of Utah and the University of Pennsylvania, and conducted both a clinical and a postdoctoral fellowship at Johns Hopkins before joining the faculty there.

Hugh Hemmings is a professor of pharmacology, chair of the department of anesthesiology, and senior associate dean for research at Weill Cornell Medical College in New York. He is recognized for studies investigating synaptic transmission and the mechanisms of action of general anesthetics. Hemmings earned his M.D. and Ph.D. at Yale University and conducted further research and clinical training at Rockefeller University, Massachusetts General Hospital and Weill Cornell. He joined the Weill Cornell faculty in 1991. His lab studies how anesthetic drugs affect the brain, focusing on their effects on synapses between neurons. Hemmings’ lab found that, in addition to their known effects on how postsynaptic cells respond to neurotransmitters, anesthetics can also affect how presynaptic cells release neurotransmitters. His team continues to work on understanding how these drugs affect the brain to render patients unconscious, paralyzed and amnesic

Charles Rice, a professor and head of the laboratory of virology and infectious disease at the Rockefeller University, has been recognized for helping to characterize the proteins required for viral replication and developing antivirals.  Rice earned his Ph.D. at the California Institute of Technology, where he studied arboviruses, including the flavivirus that causes yellow fever. He joined the faculty at Washington University in St. Louis in 1986. There, Rice and his colleagues completed the genome of the hepatitis C virus,  linked it conclusively to transfusion-associated hepatitis, and developed methods to grow the virus in culture, all of which were important advances toward the development of drugs that can cure hepatitis C in most patients. Rice shared the Nobel Prize for this work in 2020.

Peter Tontonoz is a professor of pathology and biological chemistry at the University of California, Los Angeles. He is recognized for pioneering work in lipid metabolism; his lab studies the role of nuclear receptors in the expression of lipid metabolism–related genes. He is particularly known for sorting out how PPAR, the peroxisome proliferator-activated receptor family, and LXR, the liver X receptor family, contribute to fat cell development and atherosclerosis. The work illuminates crosstalk mechanisms between inflammation, metabolism and the immune system. Tontonoz earned his M.D. and Ph.D. at Harvard Medical School and did postdoctoral research at the Salk Institute before completing a medical residency in pathology at the University of California, San Diego.

Cynthia Wolberger is a professor and director of the department of biophysics and biophysical chemistry at the Johns Hopkins University School of Medicine, where she is also cross-appointed in the department of oncology. She is honored for her studies of the combinatorial regulation of transcription, ubiquitination and epigenetic modifications. Wolberger earned her Ph.D. in biophysics at Harvard University, studying the structure of the DNA-binding transcription repressor bacteriophage 434 Cro. After a postdoc at the University of California, San Francisco, she went to Hopkins for a second postdoc, then joined the faculty there. Wolberger's lab studies the molecular basis of gene regulation through post-translational modifications of histone proteins, such as ubiquitination and methylation. Her structural studies of transcription regulation and ubiquitin signaling have elucidated the molecular mechanisms underlying these processes.