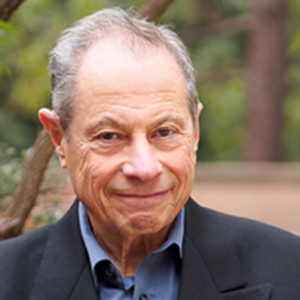 Howard K. Schachman died at age 97 in the presence of family members at Kaiser Foundation Hospital in Oakland, California, on Aug. 5. Only about 0.3 percent of the population attain that age landmark. By all measures, Schachman optimized his long stay on Earth. He will be remembered as a pioneering scientist and as a leader in the formulation of science policy. He was often effective as a member of the small cadre of principled individuals who challenged indefensible edicts visited by the University of California administration upon students and faculty. And he will be treasured as a friend and mentor to several young faculty who struggled to navigate the viscous waters of a beginning academic career. Born in Philadelphia to Morris and Rose Schachman, he graduated from Massachusetts Institute of Technology with a B.S. in chemical engineering in 1939. His further education, interrupted by the war years, was spent as a research assistant at the Princeton branch of The Rockefeller Institute for Medical Research, where he worked with Max Lauffer, and later at Princeton University with Walter Kauzmann. After receiving his Ph.D. from Princeton in 1948, Howard accepted Wendell Stanley’s invitation to join him as a junior faculty member at his newly established virus research laboratory at the University of California, Berkeley.

Howard’s early research capitalized on his doctoral experience with the ultracentrifuge. Together with his first student, William Harrington, he explored the subunit structure of tobacco mosaic virus and, in the process, helped to develop the synthetic boundary cell. The synthetic boundary cell was a new type of ultracentrifuge cell in which one solution was layered over another, denser solution while the ultracentrifuge was in operation to create a sharp, stable boundary; it allowed researchers to measure the hydrodynamic volumes of macromolecules, for example.

Further important developments from the lab included the reintroduction of ultraviolet absorption optics to largely supplant the less sensitive schlieren detection method. The refinements afforded by the addition of the single-beam followed by the double-beam monochronometer enabled the analyses of component mixtures with different absorption maxima. These and other technical developments greatly facilitated the penetration of ultracentrifuge applications into physical biochemistry investigations. However, the instruments were expensive and required substantial laboratory space and considerable skill in both operation and data analysis. Unsurprisingly, this set of circumstances led to a variety of fruitful collaborations including the discovery of the 30S and 50S bacterial ribosomes with Roger Stanier and Arthur Pardee and on DNA with future Nobel laureate Arthur Kornberg. Schachman was recognized widely as the world’s expert on the ultracentrifuge in biochemistry to the extent that Jeremy Knowles once suggested that he made the cross-country road trip from Berkeley to a New Hampshire Gordon Conference with his family in his Model E centrifuge.

His 1959 book on the subject was a staple on the shelves of those of the biochemical community interested in macromolecular characterization for nearly 20 years until the instrument gradually was displaced by newer and more accessible technologies, such as gel electrophoresis and high-resolution mass spectrometry.

Ultimately, the most important of the Schachman collaborations was that initiated in 1964 with his junior colleague John Gerhart on aspartate transcarbamylase, or ATCase, the committed enzyme in pyrimidine biosynthesis. They quickly discovered that the enzyme could be resolved into a mixture of two subunits, one of which was responsible for the catalytic activity and the other associated with the regulatory factors ATP, an activator, and CTP, an inhibitor of the enzymatic activity. This important finding launched the duo into the forefront of the then-burgeoning field of allosteric regulation of enzyme activity. The excitement was sustained for several years due in part to the erudite and often witty rhetoric exchanged at meetings and in print by notable luminaries including extant and future Nobel laureates Jacques Monod and William Lipscomb. Monod’s original description of an allosteric model required that all subunits in a regulated protein change conformation in a concerted fashion, while the more general model formulated by Dan Koshland allowed for intermediate forms. Howard, in a breach of campus solidarity, sided with the Monod view. The ATCase projects sustained the bulk of the Schachman research effort until he closed his laboratory.

Howard’s contributions to science as described briefly above would have sufficed to place him among the elite of research biochemists, but it was his willingness and ability to reach beyond the normally proscribed boundaries of scientific endeavor to engage seriously with matters involving politics, scientific ethics and inappropriate intrusion of the government on scientific conduct that put him in a special place in our profession. The first such excursion involved his joining the 200 Berkeley faculty members who opposed the required signing of the UC Regents-mandated loyalty oath, which was aimed at purging communists and their sympathizers from the faculty. Howard painfully watched the 200 dwindle to a few stout souls as some left the university voluntarily and others were fired. Faced with having to support a young family and with few other job prospects, he ultimately signed. In this, he learned a good lesson that he later communicated to me. I don’t recall his exact words, but the essence of them was this: “Pick your battles carefully. There are more good causes than you will have the time or stamina to pursue.”

The Free Speech Movement erupted in Berkeley early in the fall semester of 1964. The campus quickly divided into two hostile camps: one in support of the student demands to assemble and freely express political views on campus and the other taking the side of the administration and politicians wishing to emaciate such actions to the point of impotence. The first group included mainly younger faculty, humanists, physicists, and social and biological scientists, while the second was largely made up of the professional school faculty (engineering and business), older individuals, and organic, but not physical, chemists. Normally staid and boring academic senate meetings typically attended by the bare minimum needed for a quorum now overflowed the largest auditorium on campus. It is fair to state that the research and teaching activities of the campus were diverted substantially to activities related to the Free Speech Movement for that academic semester. Howard became one of the leaders of the self-constituted committee of 800 faculty who strove to find a sensible resolution to the seemingly impassible conflict. A few of these met regularly at his home. Finally, on Dec. 8, an overwhelming majority passed a resolution substantially supporting the student demands. Further negotiations dealing principally with time, place and manner issues resulted in the resumption of near normal academic activities on campus.

Howard’s style as a leader of the Free Speech Movement and in other controversial issues eschewed direct confrontation and inflammatory rhetoric. Rather, his method was to find common ground and support from extant law or custom and to be a voice of reason where others were often irrationally emotional.

Schachman’s later years largely were occupied by issues involving scientific fraud and other ethical matters. In every year, including his last, he presented a series of five to six lectures required for training-grant-supported graduate students. As the substance of the subject matter evolves slowly, some instructors might have been tempted to reuse lectures from the previous year. Howard, on the other hand, was so involved in the subject that he spent the majority of his time searching for new examples or interpretations. Well into the last year of his life, he devotedly read the New York Times, the Chronicle of Higher Education and other publications that had occasional reports of scientific misconduct. His lectures were given on Tuesday evenings to about 75 students. I often would stop by his office on Monday afternoons, and he on many occasions would acquaint me with a relevant article from the current issue of a publication that he had just read and was planning to add to his lecture for the next evening. This was a man who, at the age of 97 and with declining eyesight and a steady loss in manual dexterity, could still make his own PowerPoint slides.

Howard met Ethel Lazarus while they were both undergraduates in the Boston area. They married in 1945 and had two sons, Marc and David. Ethel had worked for the Emergency Committee of Atomic Scientists and in that capacity often had acted as a courier to Albert Einstein. On occasion she and Howard provided transportation in their car for him. Although not a scientist, Ethel was well versed in the social sciences, politics, music and art. Howard explored the consequences of all of his important nonscientific activities with her in advance and frequently told me of how often her insights led him to change his intended course of action. They traveled widely together and enjoyed the friendship of many internationally prominent figures including Ephraim Katzir, who was Howard’s house guest on the evening when it was learned that he had been named the next president of Israel. Ethel died in 2012. She and Howard enjoyed 67 years of productive happiness and fulfillment together. Their departure leaves a deep hole in the Berkeley scientific environment. Schachman and Bill Brinkley of Baylor College of Medicine, who was chair of the ASBMB PAAC at the time, presented Mary Woolley of Research!America with the 2007 Howard Schachman Public Service Award.

Howard K. Schachman won numerous awards and honors and election to the American Academy of Arts and Sciences and the National Academy of Sciences. Outside of his significant contributions to understanding protein biochemistry, Schachman tirelessly worked in public policy. Between 1995 and 1998, Schachman was on the Public Affairs Advisory Committee at the Federation of American Societies for Experimental Biology, the coalition of 30 scientific societies. In 1987, Schachman became president of the American Society for Biochemistry and Molecular Biology, a FASEB society. In 1998, Schachman served as the president of FASEB. He also served as chair of the ASBMB’s PAAC from 1989 to 2000.

As a leader in public policy, Schachman was a vocal critic of politically targeted research funding and excessive indirect costs charged by universities. Schachman also was outspoken against overzealous regulation of science and advocated research integrity.

In 2001, the ASBMB instituted the Howard Schachman Public Service Award. This award recognizes an individual chosen by the ASBMB’s PAAC who best demonstrates dedication to public service in support of biomedical science.

Jack Kirsch was a professor of the graduate school division of biochemistry, biophysics and structural biology at the University of California, Berkeley when he wrote this retrospective. He died in 2018.