Beronda Montgomery, a professor and plant biology researcher at Michigan State University has been named interim assistant vice president of the MSU office of research and innovation. 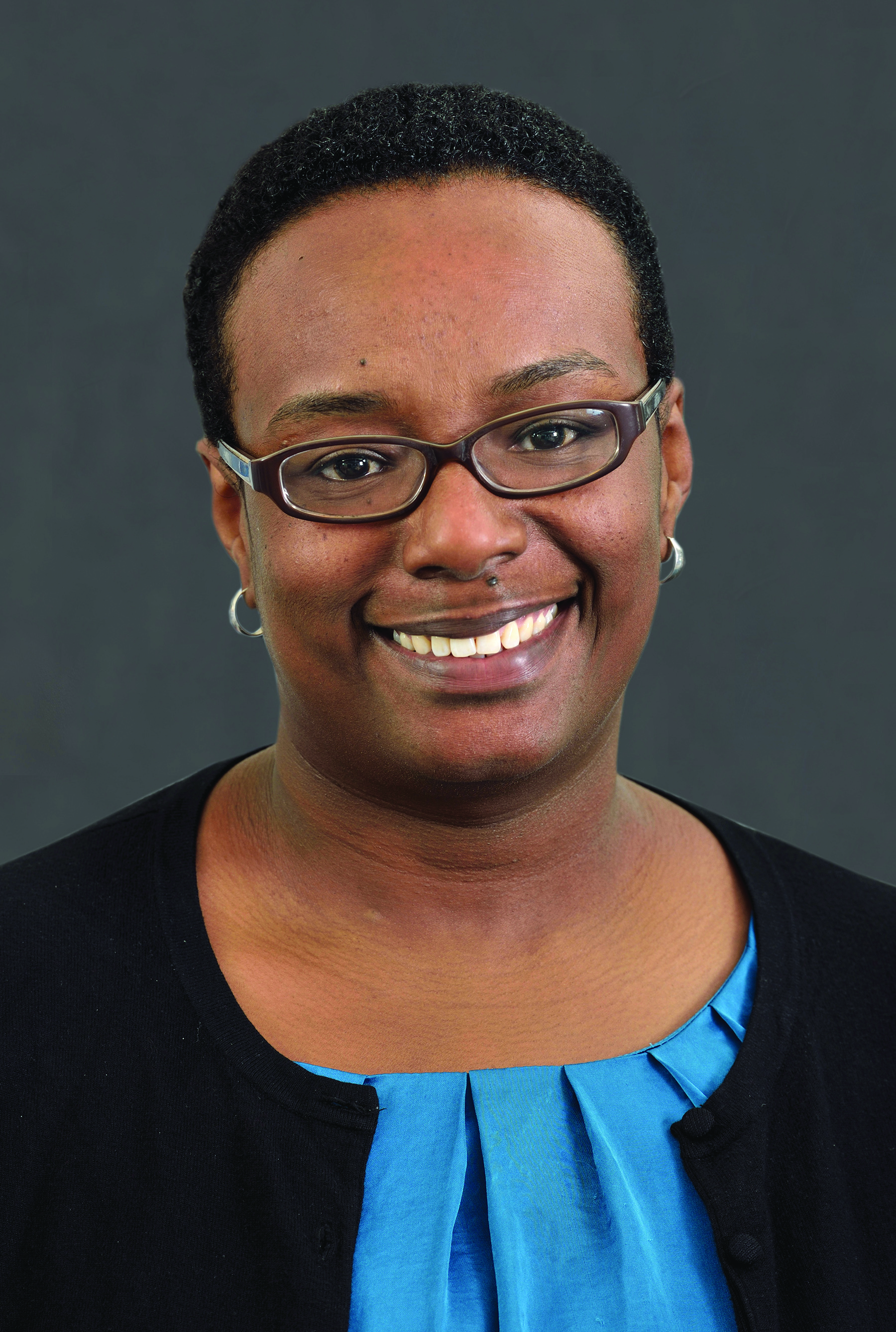 In this half-time position, which began in September, Montgomery will work on grants, cross-college and multi-institutional research projects and the current phase of the Global Impact Initiative to recruit new research faculty to MSU.  Doug Gage, interim vice president for the office, said, “Beronda’s expertise as a researcher and administrator, as well as her deep connections with federal funding agencies, will be a tremendous asset to help us pursue these important activities.”

A professor in the MSU-U.S. Department of Energy plant research lab, Montgomery has appointments in the departments of biochemistry and molecular biology, and microbiology and molecular genetics. Her primary lab-based research is focused on the responses of photosynthetic organisms such as plants and cyanobacteria to external light cues. Her interests include biosynthesis and biochemical function of biliproteins in photosynthetic organisms, intercellular phytochrome signaling and light-dependent regulation of morphology.

Montgomery’s research extends beyond biology, following a theme of understanding how individuals perceive, respond to and are impacted by their environments. She studies mentorship and faculty development to develop evidence-based strategies to foster equity and inclusion in academia. She served as assistant provost for faculty development at MSU from 2016 to 2020.

Montgomery was elected to the American Academy of Microbiology in 2018 and recently was named one of Cell Press CrossTalk's 100 Inspiring Black Scientists. She is a member of the ASBMB Today editorial advisory board and her most recent essay for the magazine was “To support or deny: mentoring or gatekeeping?”

Joan Heller Brown, chair of the pharmacology department at the University of California, San Diego, studies the signaling action of G-protein coupled receptors, or GPCRs, which transduce extracellular signals into activation of intracellular enzymes. Her work focuses on cytoskeletal, growth and gene-expression changes downstream of GPCRs in vascular and heart cells. Brown also serves as principal investigator of the UCSD graduate training grant in pharmacology, one of the nation’s largest, and directed the university’s graduate program in biomedical sciences for years.

Lorraine Gudas, chair of the pharmacology department at Weill Cornell Medicine, studies retinoid compounds such as vitamin A, along with the receptors and downstream effectors through which they signal. Because retinoids can cause differentiation, she has also pursued research into carcinogenesis and potential therapeutic uses for stem cells. In addition to chairing her department, Gudas holds leadership positions within ASPET, the American Association for Cancer Research and several other cancer research organizations.

Eric Johnson, a professor in the department of molecular medicine at the Scripps Research Institute, studies cytochrome P450 enzymes, which are key enzymes in steroid biosynthesis and drug metabolism. P450 enzymes are also involved in processing other xenobiotics, regulating blood pressure, and inflammation. His lab determined the first crystal structure of a membrane P450 enzyme and has continued to characterize the structures of mammalian P450s in complex with various substrates and inhibitors. Johnson serves on editorial boards of several journals in biochemistry and pharmacology.

John Scott, chair of the pharmacology department at the University of Washington, discovered scaffold proteins known as A-kinase anchoring proteins, or AKAPs, that bind to and organize protein kinase A and related signaling molecules. The signaling complexes that AKAPs generate have been found to regulate synaptic transmission, insulin secretion and cardiac cell contraction. Scott, a fellow of the Royal Society London, won the ASBMB’s 2008 William C. Rose Award for his excellence in mentoring and has organized many conferences over the years.

David Sibley, a section chief and senior investigator at the National Institute of Neurological Disorders and Stroke, studies the pharmacology of G-protein coupled receptors, especially those that respond to dopamine. He also works on biased signaling and allosteric ligand development, leading to agonists and antagonists specific for certain dopamine receptor types. He has served as an editor of eight scientific journals in pharmacology and biochemistry, and edited several books.