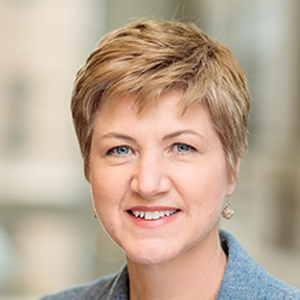 Philip W. Majerus, a renowned hematologist and professor emeritus of medicine at Washington University School of Medicine in St. Louis, died at his home in St. Louis on June 8, after a long illness. He was 79.

Majerus is best known for research showing that low-dose aspirin prevents blood clots, reducing risk of heart attack and stroke. The discovery is credited with saving thousands of lives each year. “Phil was an esteemed colleague to many and an extraordinary mentor who was internationally recognized as a gifted and dedicated scientist,” said Victoria J. Fraser, the Adolphus Busch professor and head of the department of medicine. “He will always be recognized for his unbridled passion and enthusiasm for scientific discovery and life. His commitment to ensuring rigorous and critical analysis of medical and scientific problems stimulated new lines of investigation, fostered successful careers and promoted the pursuit of excellence.”

Over a career spanning more than four decades, Majerus led research that describes the way blood clots. His work studying aspirin demonstrated that platelets play an active role in clotting, overturning the long-held idea that platelets were simply passive components of blood clots.

Majerus showed that aspirin interferes with platelet activation, reducing blood vessel constriction and dialing down the cascade of events that leads clots to form. He showed that when molecules called clotting factors interact with receptors on the surface of platelets, the platelets activate and set off a chain of reactions that makes them stick to one another and to proteins that also assemble as a result of this activation.

The work on clotting led Majerus down additional pathways, resulting in an extensive body of work understanding the inositol system, which is involved in blood clotting but also has far-reaching roles in many other cellular functions, including movement, growth, differentiation, nutrient transport and programmed cell death.

“Phil was a brilliant physician-scientist whose research has had a major impact on how we practice medicine today,” said Stuart Kornfeld, the David C. and Betty Farrell professor of medicine and Majerus’ longtime colleague and close friend. “His work involving low-dose aspirin and its use to prevent heart attacks is a perfect example of this. But equally important, Phil inspired generations of students and trainees with his enthusiasm, his straight talk and the rigor of his work.”

He earned a bachelor’s degree in science in 1958 from Notre Dame University and his medical degree in 1961 from Washington University. He completed his internship and residency at Massachusetts General Hospital and then served as a research associate at what was then the National Heart Institute.

This obituary originally appeared in Washington University’s The Source.

Elizabethe Holland Durando is director of medical news at the Washington University School of Medicine in St. Louis.