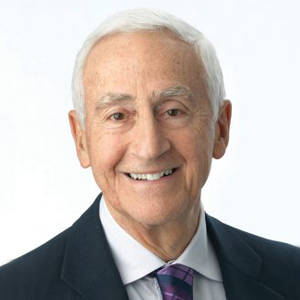 Al Alberts first walked into my laboratory at the National Institutes of Health in 1959. Al had been working on a graduate degree in cell biology at the University of Maryland and was attending Earl Stadtman’s evening lectures in microbial biochemistry. At the end of one lecture, Earl announced that he had an opening for a technician in his biochemistry laboratory at the NIH. Al applied and was accepted on the spot. He had finished most of the work toward a Ph.D. but had not yet written a thesis. Funding for his graduate work was terminating; he needed a job. Al Alberts in a lab at Merck in 1995, the year he retired. He continued touring the world and lecturing about statins after his retirement.ALL PHOTOS COURTESY OF ELI ALBERTS

When Al showed up at the NIH, Earl told him that he would be working with me. I had been Earl’s first postdoctoral fellow and then had been given an independent position to develop my own research program. I had begun by studying a reaction catalyzed by a bacterial extract requiring acetyl-CoA (or a longer-chain acyl-CoA) and malonyl-CoA. The substrates for this reaction required chemical synthesis. Al watched me do this procedure and announced that he did not want to expose himself to potential carcinogens.

We agreed that he would carry out the more biological parts of our experiments; the chemistry would be left to me.

Al was not trained in biochemistry, but he learned fast. I suspected that the biochemical reaction I had been studying might represent the first step in the biosynthesis of long-chain fatty acids. We knew this field was becoming competitive. Our experiments using bacterial extracts as sources of enzymes indicated the requirement of a heat-stable protein that, when purified, led to the discovery of the acyl-carrier protein, or ACP. Our team isolated ACP and deciphered all the steps of long-chain fatty acid biosynthesis. ACP was the central actor in each of these steps; all the intermediates in biosynthesis were bound to ACP as thioesters. In the middle of these studies was Al, who became an instructor to some of the postdoctoral fellows in my research group. He liked to work closely with those who moved fast in the lab and enjoyed the work; he stayed clear of those who did not share his love for experimentation.

We all worked hard in the lab during the week and partied together on weekends. We alternated homes where we ate, drank, danced (some did push-ups) and learned about each other’s families.

Al was born in Manhattan on May 16, 1931, grew up in Brooklyn and graduated from Brooklyn College. He met Helene Cuba (known to most of us as Sandy) on a blind date when he was 21 and Sandy was 17. They were married in 1954. By the time Al joined my lab, they had two children, Heather and Mitchell; my wife, Diana, and I had two children about the same age. To celebrate FDA approval of lovastatin in the late 1980s, a Merck helicopter was given the lovastatin number, MK803, as its tail number. Pictured are, in front, Art Patchett, Al Alberts, Roy Vagelos and Jonathan Tolbert; in back, Dick Monaghan, Georg Albers-Schonberg, Ben Shapiro and Ed Scolnick. In 1966, I was invited to chair the department of biochemistry at the Washington University School of Medicine. I had never been in St. Louis prior to the invitation to visit. I agreed to move our family, but then I worried about Al. I told him he should remain at the NIH. Moving to a university research position without a Ph.D. might be tricky. The next day, Al said he wanted to continue our collaboration at Washington University. The Alberts and Vagelos families moved to St. Louis in 1966. Al came as a biochemistry instructor with a plan that he would teach in the medical student laboratory while carrying on our lab work. Our research in fatty acid metabolism continued, and I started studies in complex lipids and synthesis of cholesterol.

Al’s research with me continued to be very productive, and he undertook teaching in the medical student lab with enthusiasm. He was promoted to assistant professor and then to associate professor with tenure. I was pleased that a lack of credentials could be overcome by obvious professional accomplishments.

Life was good in St. Louis; scientific work was of ultimate importance, but there was time to follow professional baseball, football and ice hockey. The St. Louis Symphony Orchestra was excellent, as was the zoo, where we could entertain our growing families. Al and Sandy produced a third child, Eli; Diana and I added two. Our families were close.

In 1975, I was recruited to lead the Merck Research Laboratories. After a couple of visits, I was convinced that using biochemistry as the key strategy for drug discovery, focusing on molecular targets such as enzymes, cell receptors and ion channels, might be interesting and fun. I told Al that I believed this might take me in a more applied medical direction; I was ready for a change. But my move would be risky, since I had no experience in drug discovery. I suggested that Al remain at Washington University. He said he wanted to move with me. So the Alberts and Vagelos families moved to Merck.

During my first year at Merck, I spent time with each research group, helping them to identify molecular targets in inflammatory, metabolic, allergic, infectious and cardiovascular diseases. Once a molecular target was identified, it could be attacked by the chemists and fermentation biologists, who would provide candidates for drug development.

I also thought that it would be useful to make a personal bet on a target, and for this I enlisted Al. I suggested he take on the hypothesis that high blood cholesterol was responsible for coronary heart disease, heart attacks and strokes. There was much suggestive evidence, but there was no effective drug to reduce blood cholesterol levels. Al and I learned that a Japanese lab had discovered mevastatin, a specific inhibitor of this enzyme that reduced blood cholesterol in some animals. So Merck was already behind. I urged Al to proceed, hoping he would discover a superior inhibitor. Al designed a screening assay that received compounds from Merck chemists as well as from the natural product isolation group. One candidate contained an inhibitor more potent than mevastatin. Lovastatin differed from mevastatin by a single methyl group. Al had catapulted the Merck team into the race to discover a drug to reduce blood cholesterol, although we were behind the Japanese group, which had moved rapidly into human studies showing that mevastatin reduced blood cholesterol and LDL cholesterol.

We then learned that those clinical studies had stopped without explanation. We heard a rumor that mevastatin caused tumors in dogs. Given that both compounds inhibited the same enzyme, Merck had a dilemma: Was it possible that lovastatin shared the problem of mevastatin that had halted the human studies? The Japanese lab refused to share any information. Merck stopped all clinical studies of lovastatin. Al was crushed by this decision but understood, though he believed lovastatin would be free of problems.

After two years of studies demonstrating that lovastatin did not have a problem, the FDA agreed it should return to the clinic but only in high-risk patients who already had coronary heart disease as well as high total and LDL cholesterol levels. Clinical studies then demonstrated that lovastatin was safe and effective in lowering total and LDL cholesterol; the FDA approved the drug in 1987. Lovastatin was the first statin approved anywhere in the world. Al was proven right, and he was ecstatic.

Simvastatin, a second Merck statin, was brought forward in a crucial mortality study in the 1990s to test the cholesterol hypothesis. Compared with patients on placebo, those on simvastatin had a reduced overall mortality of 30 percent, reduced death from heart attacks of 42 percent and 30 percent reduction in strokes. The cholesterol hypothesis had become a fact: Reduction of total cholesterol and LDL cholesterol improved cardiovascular outcomes in patients with coronary heart disease. Al was overjoyed, as were all Merck researchers and the entire company.

Al’s statins began a revolution in the treatment of cardiovascular disease caused by high cholesterol, and Al became a rock star within Merck. He was invited to lecture to physicians and scientists in the U.S. and many other countries. Al and Sandy enjoyed these trips, where they got to see the world and where Al could recount the exciting discovery and development of the statins. Merck invited him to continue these lecture tours beyond his retirement in 1995. For several decades, Al was a scientific leader of the Deuel Conference on Lipids, a lipid biochemistry meeting on the West Coast.

After Al and I retired from Merck, we continued our interactions at occasional dinners and important family parties. We often had long phone calls focused on family updates. Al took on some board assignments from biotech companies and did some consulting for biotech investors, but in time those efforts waned, and Al and Sandy focused on children and grandchildren. Diana and I were with Al and Sandy in New Jersey a few months before Al suffered a heart attack while visiting his son Eli in Colorado. We talked a couple of times after he had coronary bypass surgery, and he appeared to be improving. He joked about becoming a rock star again when the hospital’s staff learned that he was the inventor of lovastatin. He laughed with his usual twinkle. Al died after being moved to a rehabilitation facility in Colorado.

Al started as my assistant, became my partner in research and remained my friend over many years. Although he never finished his Ph.D., the University of Maryland granted him an honorary degree for contributing the statin drugs to society. He will be sorely missed by all who knew him.

Roy Vagelos is the chairman of the board of Regeneron Pharmaceuticals and former CEO and chairman of Merck & Co.