Dr. Herbert Tabor, longtime editor-in-chief of the Journal of Biological Chemistry, died Aug. 20 at his home on the National Institutes of Health campus. He was 101.

Tabor led JBC from 1971 to 2010 and oversaw the journal’s expansion from 1,000 to 4,500 published articles per year and transition to online publishing in 1995. He continued to investigate the function of polyamines and their role in health and disease into his late 90s. 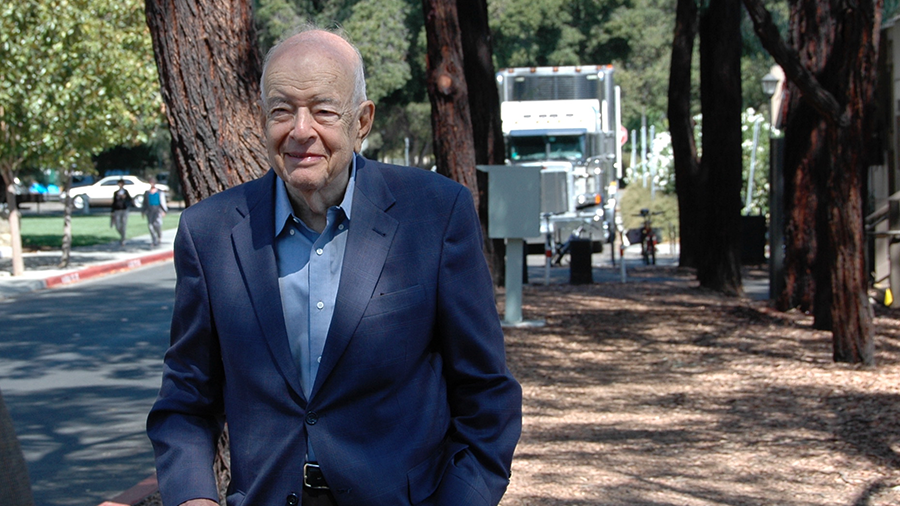 Courtesy of William Smith
Herbert Tabor, shown here in San Antonio, joined the editorial board of the Journal of Biological Chemistry in 1961, became an associate editor in 1968 and became editor-in-chief in 1971. He served in that role through 2010, at which point he became co-editor, a position he held until his death.

“Herb left a legacy like none other in JBC’s history,” said Lila Gierasch, editor-in-chief of JBC. “Were it not for Herb, I don’t know what the journal, and the molecular bioscience he helped it shepherd, would look like today.”

Born in New York City in 1918, Tabor graduated from Harvard College in 1937. He then enrolled at Harvard Medical School, where, during his final year as a medical student, he worked with A. Baird Hastings on the ionization of magnesium phosphate. The subject would become the subject of Tabor’s first paper in JBC in 1943. 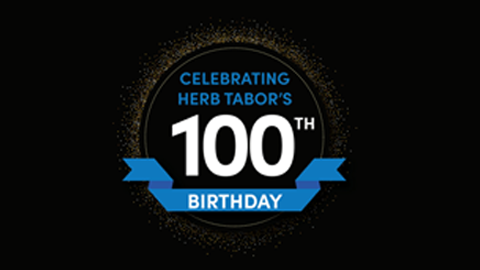 In 2018, the Journal of Biological Chemistry published a thematic minireview series about the wide-ranging biochemical effects of polyamines in celebration of Herbert Tabor's 100th birthday. A year later, the journal published a collection of articles that showcased the long-lasting impacts of Tabor's research and editorial leadership.

Tabor’s blooming interest in biochemistry followed him through his medical internship. After graduating with an M.D. in 1941, he interned at Yale New Haven Hospital and worked concurrently in the lab of John Peters on a carbon monoxide method for measuring blood volumes. While there, he assisted in the first administration of penicillin — staving off a deadly case of streptococcal septicemia — in the United States. In 1943, Tabor joined the war effort as a medical officer on a Coast Guard cutter escorting Atlantic convoys before being transferred to the National Institutes of Health, where he joined Sanford Rosenthal’s team to study treatment for burns and traumatic shock.

In 1946, Tabor married Dr. Celia White, whom he had met on a Boston streetcar through a mutual friend six years prior; she had just concluded her medical residency at Vanderbilt University Medical School Hospital. In 1949, the Tabors moved into commissioned officer housing on the NIH campus in Bethesda, Maryland. In 1952, Celia Tabor joined the Rosenthal lab, starting a collaboration with her husband that would continue until her retirement in 2005. In 1954, JBC published the Tabors’ first of more than 80 joint articles, “Purification of amine oxidase from beef plasma,” 19 of which appeared in the journal.

In 1961, Herb Tabor joined the editorial board of JBC, becoming an associate editor in 1968 and editor-in-chief in 1971. In 1977, Herb Tabor was elected to the National Academy of Sciences. Over the following decades, he and colleagues demonstrated the role that polyamines play in the growth of normal and cancerous cells. 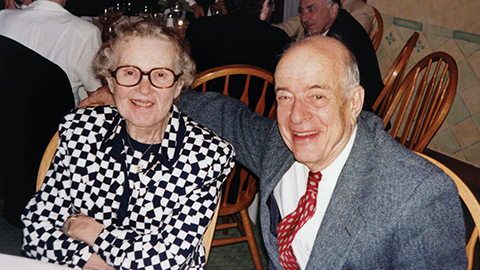 ASBMB
Herbert and Celia Tabor had a long marriage and scientific collaboration.

After four decades at the helm of JBC, Tabor stepped down in 2010, continuing his involvement as a co-editor. In 2011, the journal established the Herbert Tabor Young Investigator Awards to honor Tabor’s scientific and editorial legacy and to recognize early-career first authors of standout JBC papers for their creativity and scientific excellence. The Herbert Tabor Research Award, established in 2004, honors senior investigators.

In 2018, the county council of Montgomery County, Maryland, marked Tabor’s contributions to science by designating Nov. 28 as Herb Tabor Day in an official proclamation, and the state of Maryland honored Tabor with a governor’s citation. Friends and family also feted Tabor in a virtual celebration of his 100th birthday.

“Herb was an inspiration to us all,” said Barbara Gordon, executive director of the American Society for Biochemistry and Molecular Biology, which publishes JBC. “That he was able to do what he loved for so long, and leave such a mark on the scientific community and the society, was just amazing. We loved him, and we’re going to miss him dearly.”

Tabor is survived by his daughter, Marilyn, and his sons Edward, Richard and Stanley. He was preceded in death by his wife, Celia, who died in 2012.

An earlier version of this article incorrectly stated when the Tabors first published in JBC together and their number of joint papers. It has since been corrected. We regret the error.

ASBMB Today invites you to submit remembrances about Tabor for a future issue of the magazine. Email recollections and images to asbmbtoday@asbmb.org.

In lieu of flowers, the family encourages donations in Tabor’s name to The Children’s Inn at NIH. Donate here.