Around the world, scientific researchers are seeking ways to channel their abilities and energy in the fight to contain the spread of COVID-19. When Michael Wells, furloughed from his laboratory and wanting to help, launched a national volunteer database, it took off quickly. 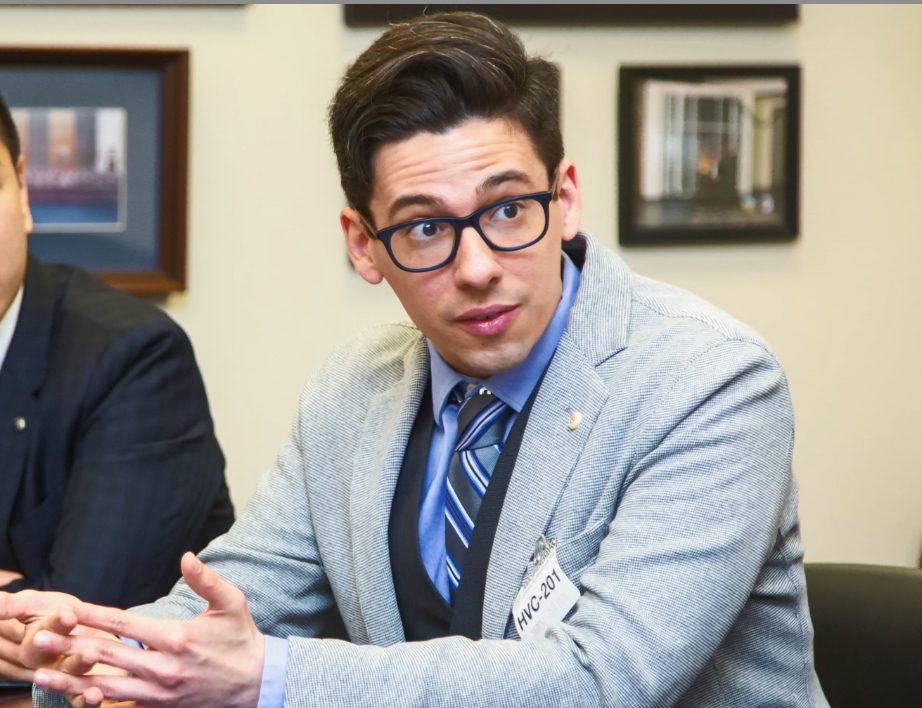 Michael Wells is using the community organizing skills he learned in an election campaign to build a database of researchers who want to help in the fight against COVID-19.

“I think it’s grown about 100 people since we started talking,” Wells, a postdoctoral fellow at the Broad Institute in Boston, said 15 minutes into a phone interview on March 20, just two days after the online questionnaire for the database was launched.

Twelve years ago, Wells ran the Obama primary campaign on his college campus at the University of Notre Dame and, during the summer, he worked for Obama in Ohio. Using skills honed during his time as a campaign volunteer and an Obama fellow, Wells and an ad hoc team of collaborators have recruited more than 8,400 researchers who want to contribute to the COVID-19 effort.

The list includes volunteers’ locations, laboratory experience, access to supplies that could be donated and — by request, for vetted public health organizations only — names and contact information. Wells and his team are now tackling the more difficult task of putting the list into the hands of people who need it.

This isn’t Wells’ first experience responding to a disease outbreak. In 2015, as a postdoc starting out in a lab that studied brain organoids, he had planned to work on autism. But then the Zika virus outbreak spreading from Brazil to other parts of North and South America began to make headlines. With much of his extended family living in El Salvador, Wells said he saw “an opportunity for me to not only learn all these new techniques, but also potentially do something that could have a direct impact on people in my life.”

After four years of postdoctoral research and several publications on Zika and the developing brain, Wells recently began to consider seeking a faculty job. But once again, a virus changed his plans. Scrolling social media feeds for news about the pandemic after his laboratory shut down, Wells saw calls from diagnostic labs in other parts of the country for people with molecular biology skills. He waited a while for something similar to pop up in Boston but then decided to build it himself and, while he was at it, to make a tool that could be used across the country. He recruited musician friends to promote it on social media.

Word spread quickly. Now, with thousands of volunteers registered and the tide of new arrivals slowing, Wells and colleagues he met during a stint as a Society for Neuroscience policy fellow are working to make local governments aware of the resource.

With vacillating federal government leadership, much of the country’s response to the COVID-19 epidemic is happening at the state and local level. Wells sees that reflected in how he has distributed the volunteer database to those who might be able to use it.

“It seems like individual counties in individual states are responding differently to the virus,” he said.

For some, that is a source of some comfort. Derek Crowe, a graduate student at the University of Rochester is working to coordinate local volunteers with the health department.

“I actually trust the local government a lot more than the national government to get things done,” he said. Seeing local government, healthcare workers and hospital staff working around the clock “indicates to me that there is leadership that approaching this situation with seriousness and professionalism.”

With the situation changing rapidly, it can be difficult for members of the public to find current information on testing. Crowe said that doctors in his area are only testing people with symptoms, because of a shortage of diagnostic supplies.

Monroe County, New York, where Rochester is located, has two large universities, and most of the volunteers in the area are graduate students or principal investigators at the University of Rochester or Rochester Institute of Technology. According to Wells, who lives in Boston, the larger concern is for less densely populated areas with a lower concentration of universities and biotechnology companies.

Already, a public health laboratory in Island County, Washington, in search of laboratory personnel and a hospital administrator in Laurel, Mississippi, who needed help sourcing UV lamps have requested access to regional subsets of the database. That diversity of purpose, Wells said, is part of the point.