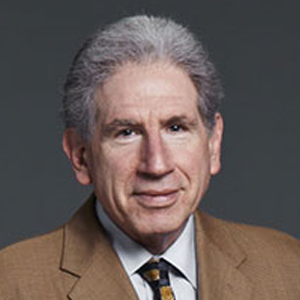 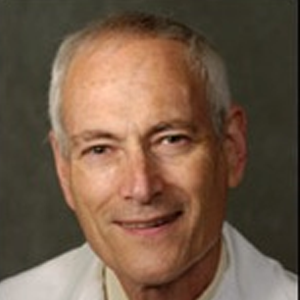 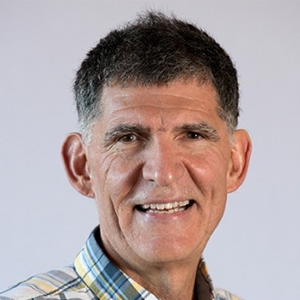 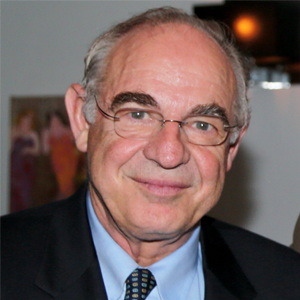 Julian B. Marsh, a pioneer in lipid and lipoprotein metabolism research and a past editor-in-chief of the Journal of Lipid Research, died Nov. 16 at the age of 92. He was a beloved mentor and colleague to many investigators in the lipid field, including the authors of this tribute. Julian B. Marsh, pictured here in 1983, served as editor-in-chief of the Journal of Lipid Research from 1983 to 1986.Photos courtesy of Michael C. Phillips

Julian B. Marsh, a pioneer in lipid and lipoprotein metabolism research and a past editor-in-chief of the Journal of Lipid Research, died Nov. 16 at the age of 92. He was a beloved mentor and colleague to many investigators in the lipid field, including the authors of this tribute.

Born in New York City in 1926, Julian attended the High School of Music and Art in Harlem. He moved to Philadelphia to study chemistry as an undergraduate and then medicine at the University of Pennsylvania; he earned his M.D. at the age of 21. After postdoctoral work in biochemistry in David Drabkin’s laboratory at Penn, he spent a year at the Walter Reed Army Research Institute.

Julian joined the faculty of the school of medicine at the University of Pennsylvania in 1954 as an assistant professor of biochemistry. He was awarded a Guggenheim Fellowship in 1960 to study at the Medical Research Council Laboratory in London, where he investigated fatty acid metabolism with Anthony James. Back at Penn, he became a professor in 1963 and was chairman of the biochemistry department at the dental school from 1965 to 1975.

With Drabkin and other colleagues, Julian published a series of papers on the effects of nephrosis on lipoprotein metabolism, an interest he maintained for much of his career. Another longstanding interest was the biosynthesis of lipoproteins, and, in collaboration with Arthur Whereat, he used rat liver slices and perfusates to investigate this topic. A 1959 paper in the Journal of Biological Chemistry reported the first measurement of the rate of synthesis of cholesterol in secreted lipoproteins. Julian also helped develop a simple charring method for rapid quantitation of lipids (for example, in column chromatography fractions); this work with David Weinstein was published in 1966 in the Journal of Lipid Research.

Julian moved to the Medical College of Pennsylvania in 1975 to chair the department of physiology and biochemistry, a position he held until 1984. He and George Rothblat recruited faculty to form what became well known as the Philadelphia Lipid Group, which was supported for 35 years by grants from the National Heart, Lung and Blood Institute and other institutes of the National Institutes of Health.

At the Medical College of Pennsylvania, Julian mentored three of the authors and promoted our interests in biomedical research in the lipoprotein field. Julian B. Marsh stands front and center in this group photo taken at the 1982 Lipoprotein Metabolism Gordon Research Conference in New Hampshire, which he chaired.

Michael C. Phillips: Julian recruited me from England and facilitated my entry into the U.S. lipoprotein research community. We were members of the same research group, and I benefited from many enriching discussions with Julian about lipoprotein metabolism and also from his insightful comments on draft manuscripts.

Edward A. Fisher: Julian recruited me as a junior faculty member, actively mentored me and continued to collaborate with me even after I moved to New York, leaving a record of multiple joint publications. Shortly after Julian returned from a sabbatical with Paul Nestel in Australia, a leader in the effects of fish oils on very low-density lipoprotein production, he infected me with his enthusiasm and helped get my studies in this area off the ground. This included both direct mentorship and sharing his wide network of scientific colleagues; for example, I visited Rochester to learn how to make primary rat hepatocytes and perform pulse-chase analyses of protein synthesis and degradation from Charles and Janet Sparks. With characteristic generosity, Julian ceded leadership of his project on a Philadelphia Lipid Group grant to me, resulting in a series of papers showing how fatty acids in fish oils regulated the post-translational degradation of apolipoprotein B, or apoB.

Daniel J. Rader: As a first-year medical student with no experience in biomedical research, I fortuitously decided to spend a summer working in the laboratory of Julian and his collaborator Charles Sparks. A focus of their research was the differential metabolism of apoB100 and apoB48 (which they referred to in conversation as big B and little B) well before the discovery of apoB mRNA editing. Julian was a remarkably attentive mentor, ensuring that not only the scientific concepts but also the methodologic details (in this case, of rat liver perfusion, endogenous labeling, and separation of big B and little B) were taught effectively and learned firmly. Julian permitted me to continue working in his laboratory throughout medical school and without a doubt prompted my entry into the lipoprotein field.

Julian also supervised M.D./Ph.D. candidate Joseph Bass on a nephrotic syndrome project that led to several publications on apoE and apoA-I in nephrosis. Bass is now a renowned molecular endocrinologist at Northwestern University.

In collaboration with Dennis Cryer, Paul Coates and Jean Cortner at the Children’s Hospital of Philadelphia and Penn, Julian helped establish the methodology for studying human apolipoprotein metabolism using endogenous stable isotopic labeling, initially publishing this work in the JLR in 1986. Endogenous labeling with stable isotopes allows for the simultaneous kinetic analyses of multiple apolipoproteins and permits studies in children and women of child-bearing age. The methodology pioneered by Julian and his colleagues was adopted rapidly by many other investigators and has been used extensively to understand lipoprotein metabolism in humans.

After he retired, Julian moved to Boston to be near his daughter and began a collaboration with the fourth author of this tribute.

Ernst J. Schaefer: Julian became a visiting scientist in the lipid metabolism laboratory at the Human Nutrition Research Center on Aging at Tufts University. At weekly laboratory meetings and journal clubs, he never hesitated to provide his insights, to make presentations and to provide suggestions with regard to our lipoprotein metabolic studies. He greatly helped Alice Lichtenstein, Stefania Lamon-Fava and me in carrying out human apolipoprotein metabolic studies. His former research assistant Margaret Diffenderfer took over the responsibility for the technical aspects of these studies.

Colleagues marked Julian’s 80th birthday in 2006 when a symposium on high-density lipoprotein metabolism was held at Tufts University. During a special luncheon for his 90th birthday in 2016, many former colleagues called to congratulate him.

Julian was a man of character, warm and compassionate. His advice was invariably wise and often leavened by humorous puns. Always willing to help solve any problem, scientific or other, Julian was an oasis of calm and sage advice, focused on pragmatic problem-solving. After years of seeing a procession of people from graduate students to department chairs come to his office, Peg Diffenderfer commented he was truly a “Mr. Fix-it.”

His over 100 publications, many of which have become points of reference, reflect Julian’s scientific abilities. He was editor-in-chief of the JLR from 1983 to 1986 and served as chair of the Lipoprotein Metabolism Gordon Research Conference in 1982 and chair of the American Heart Association Arteriosclerosis Council from 1986 to 1988. His teaching was of the highest quality, and in 1977 he won the Lindback Award for excellence in teaching.

In addition to his scientific prowess, Julian possessed exceptional musical and athletic abilities. He played the viola for many years in the Philadelphia Doctors Orchestra and, later, in the Wellesley Symphony Orchestra. He played tennis at a very high level, such that at many Lipoprotein Gordon Research Conferences, much younger opponents were seen to be losing while doing all the running.

Julian was the true embodiment of a gentleman and a scholar. He leaves a legacy of groundbreaking scientific discovery in lipid and lipoprotein metabolism and a community of scholars around the world whom he trained, mentored and provided with collaborative advice. He is remembered with great admiration and grateful affection.

He was predeceased by his wife, Priscilla, and is survived by a daughter, Gail, and two grandchildren.

The authors thank Margaret Diffenderfer and Barbara Engle for valuable research for this article.

Edward A. Fisher is the Leon Charney professor of cardiovascular medicine at the New York University School of Medicine.

Michael C. Phillips is an adjunct professor of medicine at the Perelman School of Medicine, University of Pennsylvania.

Daniel J. Rader is the Seymour Gray professor of molecular medicine at the Perelman School of Medicine, University of Pennsylvania.