JoAnn Trejo recognized for her support of underrepresented minorities

She won the ASBMB's 2015 Ruth Kirschstein Diversity in Science Award 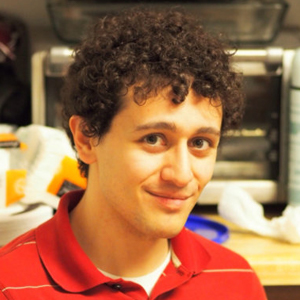 The American Society for Biochemistry and Molecular Biology named JoAnn Trejo at the University of California, San Diego, the winner of the Ruth Kirschstein Diversity in Science Award. The award recognizes outstanding scientists who show a strong commitment to mentoring and encouraging underrepresented individuals to enter the sciences. 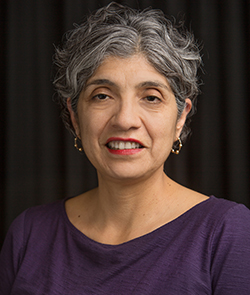 Trejo was the youngest of five children in a family of migrant farm workers led by a single mother with little education. She credits her mother’s strong work ethic along with her teachers’ support for helping her become a leading educator and world-class researcher in the field of molecular pharmacology. “These principles served her well and have guided all aspects of her life,” said Susan S. Taylor, who nominated Trejo for the ASBMB award. “(She) has continued to be remarkable not only for her creative research that is pioneering new frontiers at the interface between lipids, proteins and membranes but also by her dedication to academics and to underrepresented students and fellows in particular.”

Trejo earned her bachelor’s degree in toxicology and biochemistry at the University of California, Davis. She then earned her Ph.D. in the lab of Joan Heller Brown at UCSD. When Trejo was challenged in those early years, Brown said, “she really showed her colors, responding in ways that truly proved her capabilities.” Trejo then completed a postdoc in the lab of Shaun Coughlin at the University of California, San Francisco, where she focused on vascular cell biology.

She took her first faculty position at the University of North Carolina, Chapel Hill, in 2000 and then moved to UCSD, where she was promoted to professor a few years ago.

Throughout her academic career, Trejo has been a champion for diversity. She has trained 25 students and fellows and 23 undergraduates, many of whom were women and from groups underrepresented in science. “Her own experiences have transformed her into a passionate advocate for (underrepresented minorities), and she has used this passion creatively to mentor at all levels and to build new programs and new awareness in her colleagues,” Taylor said.

Trejo is a member and served as the diversity coordinator of UCSD’s umbrella Biomedical Sciences Graduate Program and the Medical Scientist Training Program. In addition, she is active on many national advocacy committees, including the American Society for Cell Biology’s Women in Cell Biology and Minority Affairs committees, the Society for the Advancement of Chicanos and Native Americans in Science, and the Keystone Symposia Diversity Advisory Committee.

In 2013, Trejo became director of the Institutional Research and Academic Career Development Award, or IRACDA, Postdoctoral Training Program at UCSD. IRACDA is a unique National Institutes of Health-sponsored program designed to develop a diverse group of highly trained scientists to address the nation’s biomedical research needs, and this position represents a tremendous honor for Trejo and reflects her commitment to diversity in science. Trejo received the 2014 UCSD Chancellor’s Award for Excellence in Postdoctoral Scholar Mentoring.

Trejo’s research focuses on understanding the regulation of G protein-coupled receptor signaling, specifically the mechanisms responsible for regulating signaling by protease-activated receptor-1. PAR1 is a GPCR for the coagulant and anticoagulant proteases. Trejo has made numerous novel discoveries related to the regulation of GPCR signaling and has published more than 60 papers on this topic.

Trejo has led two Gordon Conferences; has received many honors, including the American Heart Association’s Established Investigator Award; and has given many keynote addresses.

Joseph P. Tiano is a postdoctoral fellow at the National Institute of Diabetes and Digestive and Kidney Diseases in Bethesda, Md.