Carl Bernofsky, a former research biochemist at Tulane University and a member of the American Society for Biochemistry and Molecular Biology for 50 years, died Feb. 12, 2021, at his home in Shreveport Louisiana, after battling lymphoma. He was 87. 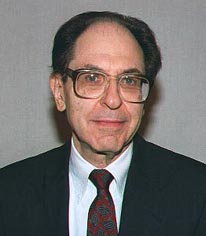 Born Nov. 22, 1933 in Brooklyn, New York, Bernofsky attended Brooklyn College and the University of Chicago, then worked briefly as a research assistant at the American Meat Institute Foundation before earning a Ph.D. in biochemistry at the University of Kansas in 1963. After a postdoctoral fellowship at Case Western Reserve University, he joined the faculty of the Mayo Medical School and did research at the Mayo Clinic for about eight years.

In 1975, Bernofsky moved with his wife and two daughters to New Orleans, where he took a faculty position at the Tulane University School of Medicine. There, he taught energy transduction processes for 16 years. His research interests included mechanisms of inflammatory tissue damage, spin trapping of biologically important free radicals, tumor-specific nucleases, and pyridine nucleotide chemistry and metabolism.

After he was dismissed from Tulane in 1995, Bernofsky filed a series of lawsuits against the school and others, alleging discrimination because he was Jewish and other offenses. He detailed his legal actions on a website, tulanelink.com and became an advocate for judicial reforms. Bernofsky’s home in New Orleans was destroyed by flood waters during Hurricane Katrina. He and his wife then moved to Shreveport.

Bernofsky was an author on some 60 scientific articles. In 1998, he patented a human monocyte leukemia cell line. In addition to the ASBMB, he was a member of the American Association for the Advancement of Science, the American Chemical Society and other professional organizations. Later in his life, he became an advocate for alternative energy, specifically, replacing coal with plant-based tallowfuel.

Bernofsky is survived by his wife, Shirley Goodman Bernofsky; his daughters, Susan and Lauren Bernofsky; and his grandchildren, Nicholas and Julia Irmscher.