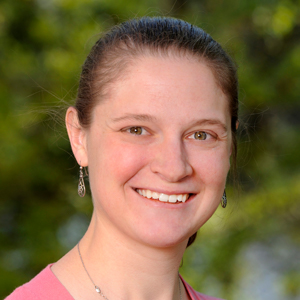 Joan Steitz of Yale University has won the American Society for Biochemistry and Molecular Biology’s Herbert Tabor Research Award for her outstanding and numerous contributions to the field of RNA biology. This award honors scientists who have impacted significantly the field and the scientific community through their excellent research. Steitz is the first woman to receive this award since its inception in 2004. 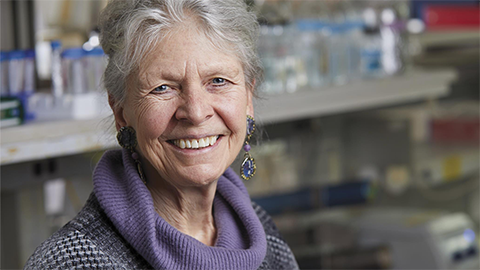 "What ties together the important discoveries of my entire career is no more than looking for base pairing between RNA molecules and how that simple interaction contributes to gene expression. I am enormously indebted to the many talented students and postdocs who have joined me in this somewhat esoteric quest." — JOAN STEITZ

Steitz is a pioneer in the field of gene expression. “Steitz’s work throughout her career has touched all aspects of the central dogma,” said Karla Neugebauer, a colleague of Steitz at Yale University. The central dogma states that DNA is transcribed into RNA, which is then translated into protein. Indeed, Steitz has made many seminal discoveries that illuminate the many functions of RNA in gene expression.

Joseph Gall, a longtime mentor and colleague of Steitz, remarked that Steitz “almost single-handedly established several of the most important features of RNA transcription, splicing and translation.”

Just five years after joining the Yale faculty, Steitz made the fundamental discovery that a short, seven-nucleotide sequence in mRNA base-pairs with the ribosomal RNA to initiate protein synthesis in E. coli. Susan Baserga, a professor at Yale and former postdoctoral fellow in Steitz’s lab, explained that this finding is important “because it meant that RNA uses the chemistry of its bases to carry out its function in gene expression.”

Steitz’s most influential breakthrough was the discovery with her M.D./Ph.D. student Michael Lerner that small nuclear ribonucleoproteins, now known as snRNPs, are involved in pre-mRNA splicing. In a landmark paper, Steitz’s group was the first to propose that the small nuclear RNAs of the snRNPs base-pair with the splice sites of the pre-mRNA to facilitate removal of introns. This hypothesis “galvanized the mRNA processing field for decades to come” said Christine Guthrie of the University of California, San Francisco. Steitz’s lab subsequently has elucidated the function of the snRNPs in pre-mRNA splicing and was one of the discoverers of the minor spliceosome, which excises a distinct class of rare introns.

Steitz has explored other fundamental aspects of RNA structure and function in gene expression. Her lab discovered new metazoan small ribonucleoprotein complexes in the nucleolus, or snoRNPs, and demonstrated that some function in ribosomal RNA biosynthesis.

Most recently, her research has focused on how mammalian viruses use small RNAs and RNA elements to regulate expression of both viral and host genes. Included is the exciting and unprecedented observation that a viral RNA element stabilizes RNA levels by forming a triple helix with the poly(A) tail of the RNA. This pivotal finding has “challenged the field to consider a novel regulatory mechanism relevant to both normal cellular function and disease,” Neugebauer said.

Steitz also contributed to the field of RNA biology through her dedicated mentorship of scientists at all stages in their careers. She is a founding member of the RNA Society and serves as an editor for several eminent journals, including RNA and the Journal of Cell Biology. She is hailed as an exemplary role model for young female scientists and is devoted to the training and advancement of women in science. She has mentored a remarkable number of students who have gone on to become independent scientists and to make their own significant contributions to the field.

Steitz graduated with a bachelor’s degree in chemistry from Antioch College and went on to earn her Ph.D. in biochemistry and molecular biology at Harvard Medical School, where she was the first female graduate student in the laboratory of James Watson. Steitz completed a postdoctoral fellowship at the Medical Research Council Laboratory of Molecular Biology at the University of Cambridge before joining the faculty of Yale. She has received many awards and honors, including election to the National Academy of Sciences, the National Medal of Science, the RNA Society Lifetime Achievement Award and the Rosalind Franklin Award for Women in Science.

Kathleen McCann earned her Ph.D. in genetics from Yale University. She is now a postdoctoral fellow at the National Institute of Environmental Health Sciences.