When Roger Federer and Rafael Nadal play in a Wimbledon final, the sportscasters try to guess who’s going to win by comparing past achievements such as grand slams won, weeks ranked No. 1, Association of Tennis Professionals masters tournaments won, strength of forehand and backhand, etc. But they also invariably mention a crucial category they call “intangibles.” 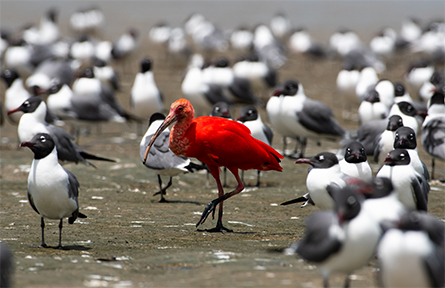 According to Wikipedia, intangibles are assets that lack physical substance, and they are very hard to evaluate; it’s like saying people know you own something valuable even if they aren’t sure what it’s worth.

What do intangible assets have to do with careers in academia and elsewhere? Everything! Imagine you are one of 100 candidates competing for a faculty position. Of course, your publications in high-impact journals, your presentations at meetings and your grants will count a lot. But the majority of applicants, especially the top ones, likely will have similar assets. Here’s where the intangible assets weigh in and break the tie.

How to build your intangible assets

In general, you want to separate yourself from the crowd. You want to be recognized among your peers as someone special or different. You need to develop a trademark that is recognizable, personalized and likable. Easier said than done. One way to develop your intangibles is by investing in your intrinsic talents and personality. Everybody is different. Just make sure that when you get a chance to talk, people turn their heads toward you and ask, “Who is this person, anyway?”

I use this trick routinely when I go to restaurants. When they ask for my name for a reservation, I say, “Elvis.” For one, nobody has yet asked me how to spell “Elvis.” And when my turn comes to get my table, and they announce my name, most of the other customers turn their heads to see who Elvis is. This will not get me a job at the restaurant, but it might get me a nice window table.

Any moment could be an opportunity for you to build your uniqueness, but you need to think twice, because hunting for attention may create both positive and negative effects. The general approach that works for me is to be unique and, if possible, memorable and, at times, discretely funny. Here’s an example.

I’m in a board room with 10 people I don’t know, and they all introduce themselves as Dr. So-and-so: name and title. When my turn comes, I can say something a bit more original, like “My name is Diamandis, Eleftherios Diamandis,” which is reminiscent of “The name’s Bond, James Bond.” Those who get the joke will break a smile and may make a comment to me afterward. In 10 years, they won’t remember what the meeting was about, but they might remember my introduction. If they have a job opening, they might give me priority for my intangible uniqueness.

Some successful jokes can go a long way. I still run into people who say they met me at this or that meeting 20 years ago; when I ask them if they remember what I lectured on, they say no, but they vividly remember my funny true story about the taxi driver, the watermelon juice and the risk for prostate cancer.

How to handle your employer

It’s tough to make generalizations, because everybody is different, but in most cases, employers like cheerful and flamboyant employees. The reactions of your supervisor to your cheerful behavior will guide you as to where the red lines are. In general, supervisors will not hold a bad joke against you unless it’s inappropriate or unprofessional. But if your jokes don’t seem to work with a particular superior, you’d better retreat early.

Not every joke is bound to be successful. As my daughter frequently reminds me, “Dad, that was not funny.” But a good, smart and tasteful joke can compensate for two or three bad ones.

Why would you joke with your supervisors? It’s one of the best ways to get more access to them when it comes to business matters. When I make a joke in an email, my supervisors usually can’t resist replying immediately with a counter-joke. The trick is to incorporate an element of surprise that is related to the business matter and almost forces a response.

The most frequent mistake with building intangible assets is going overboard. The asset then becomes a liability. Being funny too frequently can create the impression that you’re not serious, and a slip of the tongue can offend somebody. Overdoing it also creates confusion as to when you are serious and when you are not. Mistakes of this sort could cost you a job, and you need to adjust your strategy according to circumstances.

Two pieces of advice are in order:

At the end of the day, you can steal the show with your flamboyance, or you can mess up. If you have doubts, it may be best just to stick to your … tangibles.

Eleftherios P. Diamandis is a medical biochemist at Mount Sinai Hospital and University Health Network and a professor in the Department of Laboratory Medicine and Pathobiology at the University of Toronto.

Balancing act: You’re not alone on your tightrope
Danielle Guarracino
Turning points
Paul Craig
Master’s or Ph.D.? Which is right for me?
Connor O'Hara
Nine tips for managing time in grad school
Chloe Kirk
The life of an international postdoc
Himanshi Bhatia
Maintaining the joy of discovery
Eve Marder