ASBMB Today Opinions Back on the road with Coursera
Coordinates

Back on the road with Coursera 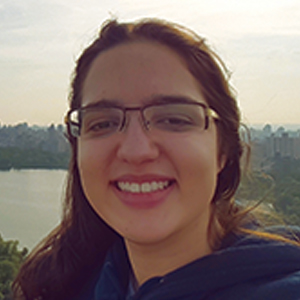 I’m a biologist. It’s something I know in my heart. From a young age, I was completely sure of my career path and absolutely certain about what I would and would not spend my time learning. Monteiro always wanted to be a scientist. Her journey so far has taken her to Japan, Europe, and, with the help of a serendipitous Coursera connection, New York City.PHOTOS COURTESY OF CAROLINE MONTEIRO

I received a bachelor’s degree in biology in my home country of Brazil and was eager to start graduate school and continue along my path to becoming a practicing scientist. I decided that I wasn’t going to pursue my doctorate just anywhere, however. I was set on studying in Japan. Before applying to a Japanese graduate school, I decided to prepare myself for this potential transition and spent a few months in Japan — mainly Tokyo — getting to know the lifestyle and culture and making sure I could adapt to it all.

As I prepared to head home from Japan after those initial test months, I realized that for the first time in my life there would be no school waiting for me upon my return. On a whim, I decided to take that time and backpack through Europe. It was on my way home, after all!

My sense of geographical direction is nonexistent. So, to explore Europe effectively, I found myself approaching lots of strangers, asking for directions and then heading out, circling back and asking again. When this didn’t work, I just kept walking until I found something — anything — interesting. If this kind of wandering worked for Columbus, I reasoned, it should work for me too. The trip reified my idea of myself as someone who possessed a carefree attitude and a personality that was amenable to change.

When I returned to Brazil, I spent a whole year studying Japanese. I was going to take the Japanese-Language Proficiency Test and, once I’d passed, go back and apply to Ph.D. programs in Japan. It didn’t worry me that this was a challenging prospect. In all the previous months of traveling, there never had been a moment when all the big and scary things everyone had warned me about actually had sunk in. Nothing, I reasoned, was going to frighten me away from this decision.

That is, until something did. When the 2011 earthquake and tsunami hit Japan a couple of months before I was supposed to go back, I discovered that in fact I was not someone who easily adapts. It turns out that the real reason I imagined I was not scared of anything, including natural disasters, was that I never had been affected by tragedy. Up until that moment, I was choosing my destiny. I was the one deciding my path. But the cataclysm that befell the island of Japan shifted all that, and I could only react.

I didn’t go back. I’d grown up in the middle of Brazil in a relatively safe area with a loving family and no worries about natural or man-made tragedies. The destruction in Japan broke my heart and, with it, my desire to go back to school.

I stayed in Brazil and started working in industry. But after a couple of years passed, I found myself missing school. Even so, I was not sure I really wanted to go back to school and had stopped thinking about a future career in research. Monteiro was asked to join the Ma’ayan lab at Mt. Sinai in New York City after taking a Coursera course with the principal investigator.

It was around this time that I discovered Coursera, an online platform of classes taught by faculty from some of the best universities in the world. Coursera is open to anyone with an internet connection and a desire to learn. It was the perfect outlet for me. I could choose subjects to sample and get my feet wet without anyone knowing, all with the benefit of not having to pay for credits or be in a formal academic setting. It was incredibly freeing. I started taking classes in everything, including things that I, a molecular-biology-loving biologist, had never thought to try.

That is how I stumbled across the field of systems biology. Deemed a specialization by Coursera, there were six courses designed to introduce the topic. These courses were offered by the Icahn School of Medicine at Mount Sinai. I signed up, but my attitude was noncommittal. “Eh,” I thought, “why not? I can stop at any time.”

Who knew I wouldn’t be able to stop? The more math and computation — two subjects I’d never really studied — the courses required, the more I wanted to know and do really well.

One of the courses assigned crowdsourcing challenges. I may have gotten a tad bit competitive with those — oldest child syndrome I suppose. The challenges involved combing through the Gene Expression Omnibus, or GEO, and, for example, identifying studies that perturbed a single gene in a mammalian system. I then had to identify the controls and condition samples and then extract the differential expression signatures from each of these studies using the web application GEO2Enrichr. The goal of it all was to build a high-quality gene set library.

As with everything in life, the more you do it, the easier it is. There were three challenges for that class, and I won all of them. It was good fun, and as far as I knew, that was all it was ever going to be. Then one day I received an email from the course’s professor asking me to help him with work for another similar project. We began communicating, and I told the professor about my newfound love for systems biology and how I actually was thinking of going back to school and applying to systems biology programs. I, the wet lab enthusiast, was happily spending more and more time in front of a computer.

One day, after several weeks of progress with the project, the professor emailed to ask me whether I would consider working in his lab at Mount Sinai in New York City for a few years before applying to Ph.D. programs.

I read and re-read his email and even asked my brother to read it too. I had clearly forgotten the meaning of English words! Could the professor really be asking what I thought he was asking?

Indeed he was, and I’m now in New York City working at Avi Ma’ayan’s lab at Mount Sinai. It has been a surreal experience, and I find myself existing in a big blur of excitement that at times still scares me. But I’m truly glad I’ve done it and grateful to my kind colleagues and Professor Ma’ayan.

I understand now that I had constructed an ideal in my mind of who I was and what I could handle, and when that was shattered I was lost. It was by taking those online classes and allowing myself to try something completely new — something that didn’t fit exactly into my life plan — that I finally understood that, whether we are undergoing some big changes or staying perfectly still, life gives us the chance to learn something new every day.

Caroline Monteiro is a bioinformatician in the lab of Avi Ma’ayan at the Icahn School of Medicine at Mount Sinai.

We asked, you delivered
Kirsten F. Block
A career at a primarily undergraduate institution
Courtney Chandler
Learn, reflect and lead
Margaret I. Kanipes
The latest look at tenure
Courtney Chandler
Creating courses inclusive for people who are intersex and/or have queer genders
Sarah Eddy & Aramati Casper
Side gigs as preparation for an alt-ac career
Elizabeth Stivison